Any of you who have attended, or participated in, a service of ordination may recall what happens at the end.  Those being ordained as ministers are given a charge, something reminding them and encouraging them regarding the duties of the office to which they have been ordained.  The Presbyterian liturgy also has a charge to those we ordain as elders and deacons.

Banu and I were ordained as ministers in February 1997 at Overbrook Presbyterian in Philadelphia.  Banu’s pastor gave her this instruction: “I charge you to fail.”  (I don’t believe he was expressing ill wishes, just telling her to take bold risks!  That’s advice that I also desperately need to take heed of.) 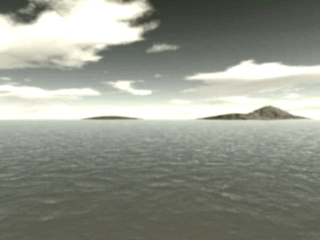 My pastor gave me this charge at the end of the service: “Tell your story of being in a distant land.”  Using that image from the parable of the prodigal son, he was talking about several things.

At the time, I wore a bandana on my head; it covered a rather visible surgical scar.  It was a mute witness to my experience of brain cancer.  (At a party, I removed my bandana to reveal the scar.  A couple of people looked like they were about to turn green!)

At the time of our ordination service, I had been on a journey of almost a year and a half.  That journey included the initial seizure, diagnosis, surgery, radiation therapy, another seizure, another surgery, then seven cycles of chemotherapy. 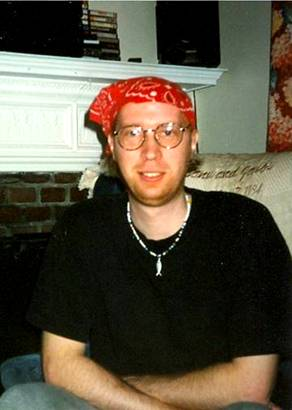 Along the way, there were plenty of CAT and MRI scans, a port temporarily implanted in my chest for antibiotics, needles and more needles, and being put on prescription meds that I was told I would need to take for the rest of my life.  Oh, did I happen to mention…needles?  To my pastor, that constituted “being in a distant land.”

He was also referring to the spiritual journey I had taken, at least, the parts of it he knew.  Coming from an Assemblies of God church in Tennessee to an American Baptist seminary in Philadelphia to the PC(USA) church across the street—and knowing that I had worshipped and worked with Christians of many different stripes besides that—that also constituted “being in a distant land.”

He understood the power of story to reach people in a way that explanations cannot.

I must confess, though, I have tended to discount my pastor’s charge to me.  I’ve included parts of my story from time to time, but probably not in the deliberate way he intended.  I’ve also been disobedient in a less obvious way, even when I have spoken of my experiences.  I have focused too often and too much on the purely medical aspects of my continued health.  Too often I have failed to properly acknowledge the work of God in my healing.  To put it bluntly, I have failed to give God the glory!

(Maybe my coming clean will encourage others who feel like failures to do the same!)

I begin with this little story because it came to mind when I read our gospel text.  It’s the last verse from our passage in Luke 12 that especially did it.  “So it is with those who store up treasures for themselves but are not rich toward God” (v. 21).  Does a failure to give credit (no, to joyously give credit) where credit is due qualify as, so to speak, storing up treasure for oneself?  Honestly, I’m not sure; I’ll have to get back to you on that!

As we’ll see, the main focus of this scripture text relates to possessions, but not being rich toward God suggests other things to me—intangible possessions and treasures.

It would seem that’s what Jesus has in mind, too.  He takes an example that is definitely about tangible and visible possessions, a family inheritance, and moves on to something deeper and less obvious.  For the people in Luke’s story, we could also add that it seems to be unexpected!  Today’s passage begins with a request coming from the crowd gathered around Jesus, and it ends with a parable often called “the rich fool.”

In verse 13 we read, “Someone in the crowd said to him, ‘Teacher, tell my brother to divide the family inheritance with me.’”  We don’t really know what the situation is.  Skullduggery may or may not be at work.  There’s nothing like money and property to bring kindred together!

Whatever the case, somebody wants Jesus to play the role of Judge Judy.  (I should say:  the Bible is silent on any sarcastic lines he might have uttered!)

Jesus is having none of it.  “Friend,” he replies, “who set me to be a judge or arbitrator over you?” (v. 14).  I won’t be dragged into your domestic squabble.

Let me throw in a quick sidebar.  We can also see how Jesus avoids being triangulated.  Here’s what I mean.  The fellow has a beef with his brother.  A and B.  He wants Jesus to be his ally.  A wants C to take sides against B.  Jesus is aware of this dynamic and does not participate in it.  Triangulating, or triangling, happens all the time in life.  It can be healthy or unhealthy.  Jesus recognizes the unhealthy nature and does not intervene.

This is where he takes the situation and, as I said, moves on to something deeper and less obvious.  He gets to the heart of the matter, saying, “Take care!  Be on your guard against all kinds of greed; for one’s life does not consist in the abundance of possessions” (v. 15).  Again, we don’t if there’s anything fishy going on, but that’s not the point Jesus wants to make. 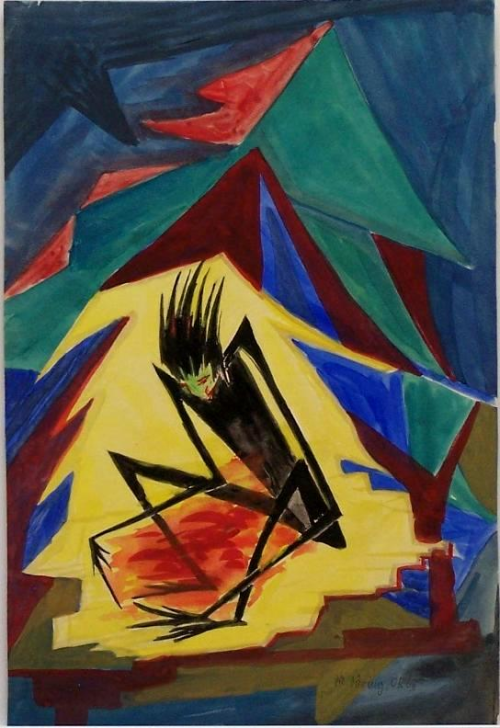 He’s warning against “all kinds of greed.”  As we’ve seen, that could apply to anything.  We are a culture that needs to re-learn the value of “enough.”

Maybe I’m the only one who notices this.  It is a rare event when I go to a buffet restaurant and do not see this.  It seems without fail there will be someone who loads up a dish to the point of the food being ready to fall over.  Some places that used to advertise “all you can eat,” have rephrased it to “all that you care to eat,” or even “please do not take more than you will eat.”  I don’t think anyone there is in danger of starvation!  Besides, you can always go back for seconds.

Jesus adds to the warning about greed, “one’s life does not consist in the abundance of possessions.”  Having said that, I realize there are those who live by the motto, “He who dies with the most toys wins.”  It doesn’t seem that Jesus subscribes to that philosophy.

On that note, Jesus launches into the parable of the rich fool.  This a guy who strikes it big.  He has an abundance of grain and goods.  He has more than what he knows to do with.  Our friend is like some actors and athletes who pull in multi-millions of dollars per year.  They have more money than they could reasonably spend in two or three lifetimes—maybe more!

What does our wealthy friend do?  He decides, “I will pull down my barns and build larger ones, and there I will store all my grain and my goods.  And I will say to my soul, Soul, you have ample goods laid up for many years; relax, eat, drink, be merry” (vv. 18-19).  His physical needs will be well taken care of—or at least, that’s the plan.  In Aesop’s fable, he is the hare, not the tortoise.

Walter Bowie notes, “But the supreme loss is not in what may happen prematurely to the body.  The loss is what happens to the man’s whole self.  He thinks he has plenty of time to find out who he is and what his life is for.  He will stop and give attention to all that after a while.  But it is not only in the parable that the unexpected bell may toll.”[1] 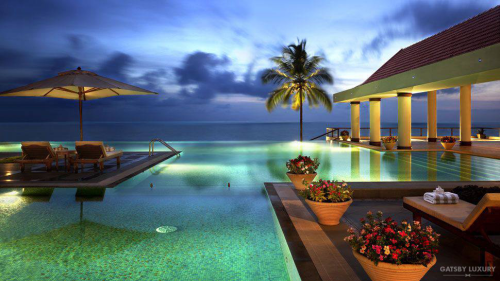 I’m reminded of a line from the 90s movie The Basketball Diaries.  It stars Leonardo DiCaprio as real-life musician Jim Carroll, who also played Catholic high school basketball.  However, his talent is being wasted, due to his use of heroin.  One day in class, he falls asleep and is enjoying a drug-induced dream.  His teacher, a cane-wielding priest, gives him a rude awakening.  Smacking his desk, he shouts, “Wake up, Mr. Carroll, it’s later than you think!”

Wake up; it’s later than you think.  Now that’s a sobering thought.

And it’s one delivered to our friend in the parable.  God reminds him, “You fool!  This very night your life is being demanded of you.  And the things you have prepared, whose will they be?” (v. 20).  So now, we come back full circle to the thought of storing up treasures for ourselves but not being rich toward God.

This business of it being later than we think, of getting our house in order—that is no doubt some seriously important stuff.

Speaking for myself, I sometimes have a sense of foreboding in all of that.  Maybe I haven’t lived life the way I could or should have.  Perhaps I’ve been stingy in sharing God’s work, God’s provision, God’s healing in my life.  Maybe in doing that (or in not doing that, as the case may be), I have been greedy like our friend in the parable, the rich fool.

The Franciscan priest Richard Rohr mentions a charge he received at ordination.[2]  He puts it in the context of perfection, something we attempt to provide by ourselves.  It “gives the impression that by effort I can achieve wholeness separate from God, from anyone else…

“On the day of my first vows in 1962,” he says, “the preacher glared at us earnest and innocent novices and quoted the line, ‘Thou shalt be perfect as your heavenly Father is perfect!’ (Matthew 5:48).  Most of the honest guys left within the first few years of seminary when they could not achieve this supposed perfection.  That’s sad because I think a lot of them would have been really good friars and priests, precisely because they were so human, humble, and honest.”

Those guys were already set up for failure.  The charge from that preacher was not uttered in wisdom and love!

Rohr continues, “Many people give up on the spiritual life or religion when they see they cannot be perfect.  They end up [as] practical agnostics or atheists, because they refuse to be hypocrites.  It is quite unfortunate that [this] ideal of perfection has been applied to human beings…  It has created people who, lacking compassion, have made impossible demands on themselves and others, resulting in a tendency toward superiority, impatience, dismissiveness, and negative thinking.”

It doesn’t have to be that way.  Those who can see actually realize it isn’t that way.  And that is the good news.  That is the gospel of Jesus Christ. 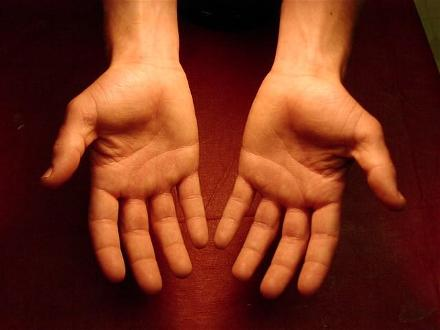 We approach with empty hands so that they might be filled.  We yield the treasures we store up so that we might be rich toward God.