On the night of November 12, 1995, I walked home from the Baskin-Robbins where I worked while at seminary in Philadelphia.  Banu and a friend of ours were in the apartment.  I went to the bedroom and sat down.  Very soon, I entered what was like a waking dreamlike state.  The air seemed almost tangible.

I’m not sure how much time went by, but the next thing I knew was Banu looking at me, saying she had been calling me.  She had a look of concern on her face, and before I knew it, paramedics were taking me by ambulance to the hospital.  By the time we arrived, I was completely lucid.  After examining me, the doctor suspected I might have a blood clot.  After testing, they discovered I had a brain tumor, so that meant surgery, radiation treatments, and chemotherapy (a lot of chemotherapy). 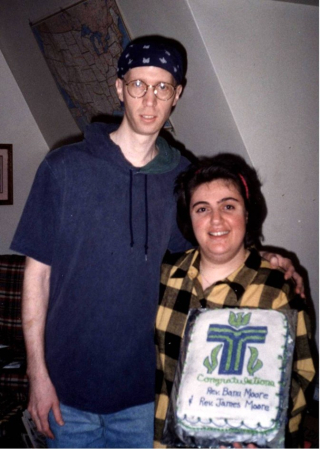 I was left with a scar on my head where the incision was made.  I took to wearing a bandana, first to protect the incision, and then to hide the scar.  (By the way, I had bandanas of many different colors!)  Three months later I was in our apartment with Banu and another friend, and the same thing happened.  It turned out to be a staph infection—so another surgery, with the incision in the same place.  This time, the scar was more pronounced.  It was quite visible.

(I took to dividing my life into BC and AD, based on that first surgery on the 14th: Before Cancer and After Diagnosis.)

As I mentioned, I would wear a bandana on my head, and I did that for two and a half years, well after it was medically necessary!  Of course, the radiation caused me to lose my hair, but that wasn’t the main reason I wore them.  I didn’t like that scar, and I didn’t want other people to see it!  Even after we went to Nebraska to serve our first church, I still wore them for over a year.

I think I could describe that time with the bandanas as a liminal time or a liminal space.  What, you may ask, is “liminal”?  It comes from the Latin limen, which means “threshold.”  We’re familiar with the word “subliminal”—below the threshold.

As Richard Rohr puts it, “Liminal space… is where we are betwixt and between, having left one room or stage of life but not yet entered the next…  It is a graced time, but often does not feel ‘graced’ in any way.  In such space, we are not certain or in control.  This global pandemic we now face is an example of an immense, collective liminal space.”[1]

His friend Sheryl Fullerton says of liminal space, “The old touchstones, habits, and comforts are now past, the future unknown.  We only wish such a time to be over.  We may be impatient to pass through it quickly, with as little distress as possible, even though that is not likely.”[2]

Liminal space is often not much fun at all.  We might compare it to the pain of growing up.

If we handle this liminal space well, we are more open to developing, to discovering.  We allow “room for something genuinely new to happen.”  Actually, it’s going to happen anyway.  It’s a question of will we welcome it, or will we be dragged kicking and screaming!  I think my refusal to discard the bandana was a sign of kicking and screaming.  I was reluctant to say goodbye to that part of my life.  (The BC.)  I would never be the same again.  But guess what?  That’s okay!

I began with this rather lengthy introduction, as trivial as it might seem.  I want to draw an analogy to a passage in the book of Acts.  The story of Stephen reflects a dramatic shift in the life of the early church.  There is indeed a liminal space, an in-between time, in which change darlin’, is a-comin’.  The church will never be the same again. 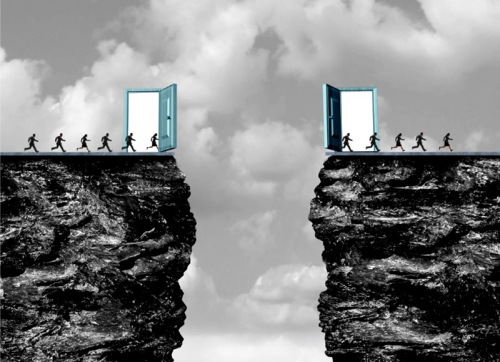 In chapter 6 we see what’s coming down the pike.  Verse 1 says, “Now during those days, when the disciples were increasing in number, the Hellenists [that is, the Greek speaking believers] complained against the Hebrews [who actually spoke Aramaic] because their widows were being neglected in the daily distribution of food.”  The ethnic balance is shifting; the demographics are changing.

The church leaders see trouble on the horizon, so they arrange for “seven men of good standing, full of the Spirit and of wisdom,” to whom they can entrust this ministry of social justice, this ministry of compassion (v. 3).  One person stands out, our dear friend “Stephen, full of grace and power, [who] did great wonders and signs among the people” (v. 8).

He draws the wrong kind of attention.  Stephen is becoming a pain in the rear end for many of the powers-that-be.  He is hauled in to appear before the Sanhedrin, the Jewish high council, and give an account for himself.  For most of chapter 7, he gives a history lesson, starting with Abraham.  Things are going well until he gets to the temple, saying, “the Most High does not dwell in houses made with human hands” (v. 48).  The folks he’s talking to do not want to hear that.

But he goes even further.  “You stiff-necked people, uncircumcised in heart and ears, you are forever opposing the Holy Spirit, just as your ancestors used to do.  Which of the prophets did your ancestors not persecute?  They killed those who foretold the coming of the Righteous One, and now you have become his betrayers and murderers” (vv. 51-52).  They really do not want to hear that.

And so we get to the point where they see red and start grinding their teeth.  Things are looking grim for Stephen.  He’s in for a world of hurt.  That change in the church I mentioned earlier—that liminal space and time—is now coming into sharp focus.

Joel Kime comments on this.  “Right at that moment, something amazing happens, an astounding event that can help us learn to think differently when we are in the middle of pain.  Stephen, as we read in verses 55-56, has a vision of God.  And what’s more, he has the audacity to tell the people what he sees!  What can we learn from this?  Though he was facing a perilous reality, Stephen is 100% focused on God.  In the midst of his liminal moment, he was still attuned to God.”[3] 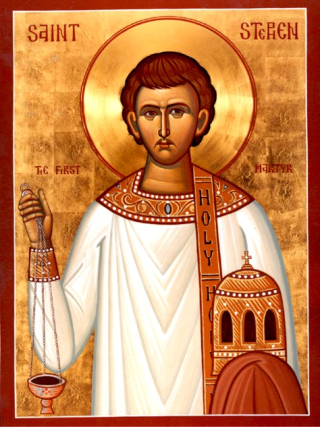 That’s what I touched on earlier.  That “not yet” time can bring with itself confusion, anguish, suffering, maybe even embarrassment.  Stephen is a good role model.  “What can it look like for us to focus on God, right in the middle of the uncertainty, the pain, the struggle?”

Again, that can involve us as individuals, a family, a church, or indeed the whole world.  This time of coronavirus is a time of wearing the bandana.

Stephen rips off his bandana.  As he prepares to meet his Maker, he prays, “Lord Jesus, receive my spirit.”  And then, in Jesus-like fashion, while drawing his final breath, he cries out, “Lord, do not hold this sin against them” (vv. 59-60).

While all of this is going on, we’re introduced to “a young man named Saul.”  He’s keeping watch over of the coats of those throwing stones.  He gives a thumbs-up to the entire affair.  In The Message, Eugene Peterson put it this way: “Saul was right there, congratulating the killers.”

Here’s where we get to another of those liminal spaces, those liminal times.  Brutal persecution breaks out, with Saul doing his part by hauling believers to prison.  Again, here’s how Peterson put it: “And Saul just went wild, devastating the church, entering house after house after house, dragging men and women off to jail.”  I often wonder how I would fare under such vicious treatment.  Would I cave in and renounce the faith?

In these strange times, we are being called to persevere.  We are leaving one way of being and will be emerging into a future that has yet to be revealed.

Fullerton says, “Like Jonah in the belly of the sea monster, we are led where we do not want to go—not once, but many times in our lives…  In the unknown space between here and there…life happens.  And, if we attend, we can feel the Holy Spirit moving with us in a way that we may not be aware of in more settled times.”

Is it possible, in some bizarre, unwelcome way, the coronavirus can actually be seen as a gift?  Please believe me, it’s not a gift I want!  But it’s here, and there’s not much we can do about it.  We can’t take it back to the store and get a refund.  (Partly because very few stores are open!) 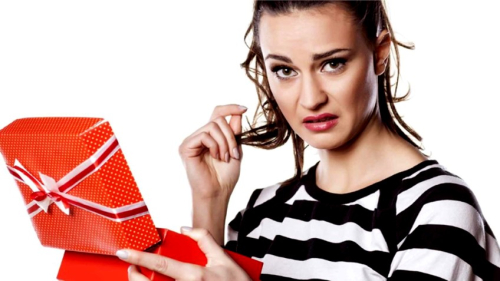 We’re told by Fullerton, “we can learn to let reality—even in its darkness—be our teacher, rather than living in the illusion that we are creating it on our own.”  We encounter “a disturbing time and space that not only breaks us down, but also offers us the choice to live in it with fierce aliveness, freedom, sacredness, companionship, and awareness of [holy] Presence.”

I again find myself being challenged.  Maybe I am wearing that new bandana presented by the pandemic.  Maybe I want to cover up a new scar.  Maybe I’m too slow to deal with the new reality that’s unfolding.  Maybe I’m not the only one wearing a bandana.

However, there are opportunities.  On Easter, my mother and sister, who live in Tennessee, tuned in.  My newfound family in Florida did the same.  And of course, we’re joined by the folks in Cohocton every Sunday.  Many of you have friends and family joining us.  That’s just one aspect of these crazy, strange times.

One thing we’re being taught is to slow down.  That comes with its own challenges.  We are being forced to make connections in new ways.  We need to stay true to that, to “live in it with [that] fierce aliveness, freedom, sacredness, companionship, and awareness of [holy] Presence.”

As we accept that unwelcome gift, we can join with Stephen as he proclaims, “I see the heavens opened and the Son of Man standing at the right hand of God!”