“In a church I served,” so begins Richard Lischer, professor at Duke Divinity School, “one of the pillars of the congregation stopped by my office just before services to tell me he’d been ‘born again.’”[1]

“I visited my brother-in-law’s church, the Running River of Life Tabernacle, and I don’t know what it was, but something happened and I’m born again.”

“You can’t be born again,” I said, “you’re a Lutheran.  You are the chairman of the board of trustees.”  He was brimming with joy, but I was sulking.  Why?  Because spiritual renewal is wonderful as long as it occurs within acceptable, usually mainline, channels and does not threaten my understanding of God.”

He tells another quick story, and I think I like this one even better. 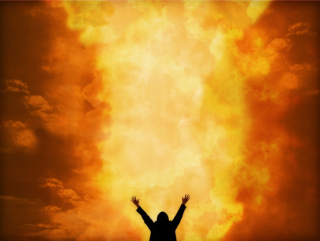 Lischer continues, “In her novel Revelation, Peggy Payne tells of a Presbyterian minister who experiences a theophany.  One afternoon, while grilling steaks in the backyard, he hears the voice of God speaking to him.  It’s a revelation.  It’s the kind of revelation that will change his life; he will never be the same.  The rest of the story tells of the price he pays for revelation.  Do the leaders of his congregation rejoice with him?  Not exactly.  They do provide free psychiatric care and paid administrative leave.”

It is hard to fault the skepticism aroused by claims of visions and voices.  I imagine many of us have met people who said God worked in their lives that defied knowledge.  We might think, “They’re off their meds.”  Or maybe they’re on certain other meds!  Let’s put it this way: there are varying levels of credibility.  Still, the Bible and church history, not to mention claims from other faiths, are filled with such testimonies.  I might put myself in that category.

One summer night in 1985, when I was 20 years old, I was reading Isaiah 55.  While I was at college, my interest in things religious (especially Christianity and Zen) was awakened.  These words jumped out at me: “For my thoughts are not your thoughts, nor are your ways my ways, says the Lord.  For as the heavens are higher than the earth, so are my ways higher than your ways and my thoughts than your thoughts” (vv. 8-9).  For someone who put a lot of stock in his own thinking, that was indeed a revelation.

I felt like I had been plunged into an ocean of love.  I lost track of time.  Words fail to express it.  And a year later, when I was 21, I was plunged into the waters of baptism.

Our scripture text from the gospel of St. John is chapter 9, in its entirety.  It is filled with the kind of experience I just mentioned—and so much else.  I won’t pretend to address all of it.  It is truly a masterpiece.  It contains majesty, wonder, narrow minds, disbelief, social commentary, sarcasm, humor, testimony, and an almost Zen-like conclusion.

As we begin, Jesus and his disciples come upon a man blind from birth.  The disciples ask a question that, sadly, would not be unexpected.  He’s blind; he’s had some terrible tragedy.  Who sinned—he or his parents?  The idea was that somebody had to be at fault.  How do you explain it?  Jesus says nobody sinned; now watch what God will do. 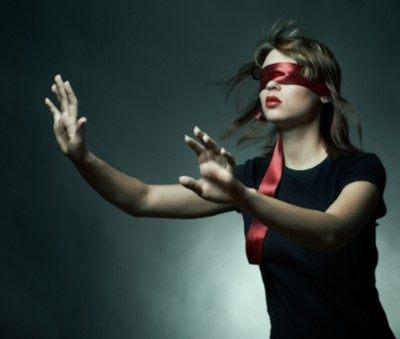 I find it interesting that the idea of the man sinning while in the womb was considered an actual possibility.  Apparently it could happen.  (Maybe the fetus could give the mother some extra sharp kicks!)

Anyway, with mud and spit, Jesus applies the pasty stuff to the man’s eyes and tells him to go wash it off.  And when he comes back—ta da!—he can see.

Can you imagine how that would be?  He had never seen.  His eyes had always been closed.  Something like “color” would be a meaningless term.  Philosophers and scientists have delved into how those blind from birth experience what the sighted would call visual reality.  But let’s not worry about that now.  Suffice to say, it had to be awesome!

However, upon his return, the reaction he receives is, suffice to say, less than awesome.

People are wondering.  “Hey, isn’t that the blind guy who’s always begging?  How is it that he can see?”  “No, no.  He looks like him, but that’s not the same guy.”  “What are you talking about?  I’m telling you—that’s him!”  All the while, the ex-blind beggar keeps saying, “That’s right.  It’s me!”

They keep pestering him, and then they bring him to the Pharisees.  They also wonder how he could be the same guy, but there’s another factor involved.  Jesus healed him on the sabbath.  So Jesus has to be a sinner.  He didn’t follow the proper guidelines.  As we saw earlier, healing and renewal are great—provided they occur within acceptable channels and do not threaten our understanding of God.

(A couple of quick notes.  Regarding the Pharisees: they’re usually portrayed as bad guys in the New Testament.  They actually were brave defenders of the Jewish people in the face of outside powers who wanted to oppress them—including the Romans.  And regarding John’s use of the term “Jews,” we have to understand the context.  In his time, the church is undergoing persecution by certain Jewish elements alarmed by the rise of the Christian faith.  The Greek (ιουδαιος, ioudaios) might be better translated as “Judeans.”  The use of the word “Jews” has led to centuries of persecution by Christians!) 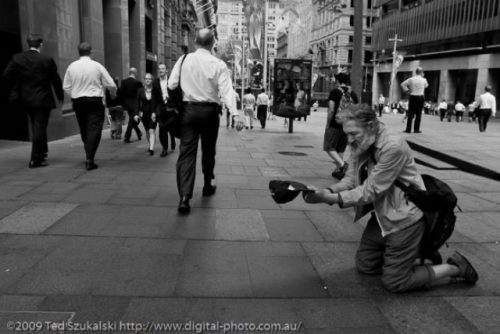 Sarah Dylan Breuer points out something interesting and unfortunate.  It appears that none of the people around “know the blind man who was healed.”[2]  That helps explain the fighting over his identity.  “He sat and begged there daily,” she says, “and every day they walked by him, but when the time came, they couldn’t be sure of who he was…  For whatever reason, they’d never looked him in the eye or really noticed his face.”

They haven’t seen him.  They’ve only seen his affliction.  He doesn’t have a name; he has a label.  He is “beggar.”  He is “blind beggar.”  They don’t see.  It looks like our friend isn’t the only one who’s been struck by blindness.

That’s too often the case with us.  We look at each other, but we do not see each other.  We use labels.  We use shorthand, thinking that explains.  We are conservative.  We are liberal.  We are addict.  We are convict.  We are disease.  We are New England Patriots’ fan.  (Sorry about that last one.)

What does that say about our vision?

The rest of the chapter has the Pharisees’ disbelief, the disbelief of the powers-that-be.  It has the man’s parents being interrogated, the man making fun of the Pharisees, and then his being expelled from the synagogue.  Jesus finds him, and lays some mind-blowing truth on him.

However, I want to focus on the Pharisees’ second interview of the formerly blind beggar.  They order him to say how he really regained his sight.  “Give glory to God,” they say.  Speak the truth.  “We know that this man is a sinner” (v. 24).  Verse 25 is priceless.  He answers, “I do not know whether he is a sinner.  One thing I do know, that though I was blind, now I see.”  There’s the inspiration of probably the best-known hymn in the English language.

The movie Amazing Grace, which came out in 2006, has some great performances.  Ioan Gruffudd plays William Wilberforce, the British member of parliament who pushed for the abolition of the slave trade (as well as supporting other causes, like ending cruelty to animals).  Among some other talented cast members, there is Albert Finney, playing John Newton, the former slave ship captain.

The deep friendship between the two men is shown, and toward the end of his life, Newton’s eyesight is failing.  Wilberforce goes to Newton’s church for a visit—and guidance—during a trying time.  However, he finds a man tormented by his past.  He agonizes over his nameless ones.  “I wish I could remember all their names,” he cries.  “My 20,000 ghosts, they all had names, beautiful African names.  We’d call them with just grunts, noises.  We were apes; they were human.”

But there’s something else.  “Although my memory’s fading, I remember two things very clearly.  I’m a great sinner and Christ is a great Savior.”  And with a nod filled with irony to his now physical blindness, “I once was blind, but now I see…  Well, now at last, it’s true.”

Verse 25 is often considered to be the linchpin of this chapter, of this story of the blind beggar.  His comment, referring to Jesus, “I do not know whether he is a sinner.  One thing I do know, that though I was blind, now I see,” is about more than the amazing grace that was shown to him.

The Pharisees are dumbfounded.  They know Jesus broke the rules and yet, somehow, God acted through him to heal this man.  Our nameless friend mocks them.  “You’re supposed to be our teachers, but you can’t explain what’s going on.  It looks like I’m the only one here who can see!”

When his eyes are opened, he sees with more than physical vision.  He sees the poverty and the weakness of the system that has been constructed.  Gracia Grindal says, “The former blind man was driven from the synagogue because his new sight caused him to question people in authority.  When we ‘see’ Jesus, we see everything around us in a new light, too, and the consequences of this can be astonishing.”[3]

When we “see” Jesus, we can move beyond the either/or, my team versus your team view, and see a third way in which we are shown a new vision.  This is a vision that doesn’t defiantly reject structures, but can see how they are meant to lead us to something greater.

And that’s the seeming paradox at the end.  Jesus says, “‘I came into this world for judgment so that those who do not see may see, and those who do see may become blind.’  Some of the Pharisees near him heard this and said to him, ‘Surely we are not blind, are we?’  Jesus said to them, ‘If you were blind, you would not have sin.  But now that you say, “We see,” your sin remains’” (vv. 39-41). 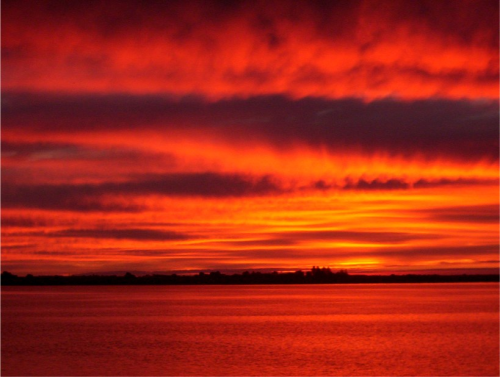 Those who are blind can see.  Those who can see are blind.  Or maybe better, those who confess their blindness can see.  That seems to get to the heart of it.  Our blind beggar testifies!  “I do not know whether he is a sinner.  I’m not sure about all the whys and wherefores.  I do know what he has done.  He has opened my eyes.  He has set me free.  He has given me a name.”

That’s what we here need to do.  We need to testify to the light the Lord has given us.  It’s true, we still only see in shadows; we only see in part.  We often need to light a candle in the darkness.  Still, can we sense the light just about to break above the horizon?  That inexplicable vision of God is ready to be unveiled.  Our blindness will become our sight.