why this is Maundy Thursday

In the mid-2000s, the Mel Gibson-directed film, The Passion of the Christ, appeared in theaters.

When it was released, many people had concerns about anti-Semitism, based on what some saw as a sympathetic portrayal of Pontius Pilate versus the Jewish leaders.  (I didn’t really see it that way.)

There were also concerns about the level of gore in the movie.  For me, the flogging scene is the worst.  By the time we get to the crucifixion, it seems mild in comparison.  Gibson said that he felt he needed to be quite graphic to do justice to the passion narratives.  We shouldn’t forget that this is the same Mel Gibson of Braveheart and The Patriot—other movies not recommended for children! 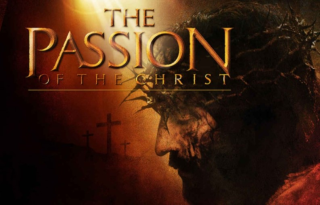 Some have wondered, looking at the movie as a work of art, how much of the message of Jesus comes through.  That is, amid all the violence that’s portrayed, how well does the film explain the extreme hatred directed at this poor man?  Just who is this Jesus?  I suppose it’s difficult for those of us who are familiar with the story to look at the movie that way, to remember that not everyone knows the story.

We don’t meet Gibson’s Jesus, played by Jim Caviezel, until the garden of Gethsemane.  By this time, the event that’s at the heart of Maundy Thursday, the Last Supper, has already happened.  Jesus has already washed his disciples’ feet in a display of servant leadership.  He has already pronounced the words, “this is my body…this is my blood.”  The Lord has already spoken to the disciples these words from our scripture reading: “I give you a new commandment, that you love one another.  Just as I have loved you, you also should love one another” (v. 34).

Let me tell you all about it, since I am an expert on love!  It really is a new way of loving.  The obligation to love one’s neighbor had long been part of the Jewish consciousness.  Check out Leviticus 19:18 as an example, that loving-your-neighbor-as-yourself stuff.

But the commandment of Jesus to love is “new.”  It’s new, not simply because Jesus expands the definition of “neighbor” to include the poor and the enemy—those who seemingly cannot or will not repay us.  It’s a new kind of love, not just a new degree of love.  Disciples of Jesus are told to love one another.  They are called to this new love because they are part of a new creation. 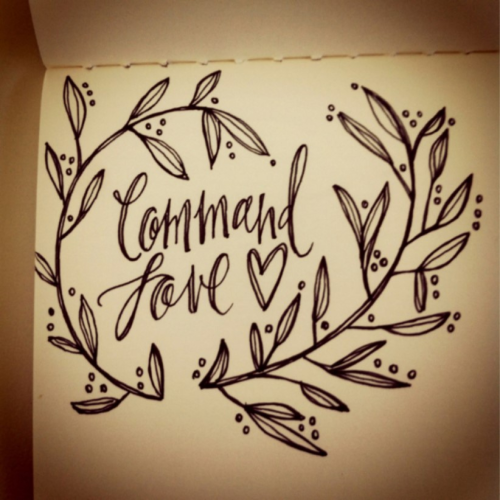 One way we see Jesus model this new command to love is by the way he selects his inner circle of disciples.  First of all, he violates the barriers that forbid the education of women by welcoming Mary Magdalene and the sisters of Lazarus, Martha and Mary.  When the church has embraced those barriers, it’s been a sad refusal to practice this new love of Jesus.

Jesus ignores cultural sensibilities by calling men who are laborers—fishermen—the brothers Simon Peter and Andrew and the sons of Zebedee, James and John.  Later, in the book of Acts, after the healing of the “man lame from birth,” Peter and John are brought before the Sanhedrin.  The scripture says that “when they saw the boldness of [the two] and realized that they were uneducated and ordinary men, they were amazed and recognized them as companions of Jesus” (3:2, 4:13).  Now there’s a statement about the calling of all believers!

Jesus ignores political prejudice by including Matthew the tax collector, viewed as a collaborator with the Romans, along with Simon the Zealot.  The Zealots are revolutionaries who want to overthrow the Romans.  Compared with these two, the differences between Republicans and Democrats are nonexistent.

These are the people to whom Jesus gives his new command: love one another.  The church has at times, by the grace of God, been able to model this love.  In the late second century, Tertullian famously reported a saying among certain pagans about Christians, “See how they love one another, and how they are ready to die for one another!”

It is that very witness, that testimony, which Jesus predicts in verse 35: “By this everyone will know that you are my disciples, if you have love for one another.”  Rudolf Bultmann comments on the unusual nature of this new love.  He says that it “demonstrates the strangeness of the community within the world, and results in the world calling those who love, the disciples of Jesus.”[1]  A new creation within the old creation can’t help but seem strange!

He continues with this stipulation: “But the community itself fulfils its commission…only if its [love] remains the response to the love of Jesus…  It is not the effect it has on world history that legitimates the Christian faith, but its strangeness within the world.”[2] 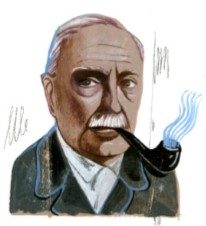 To boil this all down, Bultmann is saying that our success or failure is less important than our faithfulness to the new love that Jesus commands.  We shouldn’t be surprised if the love of Jesus leads us onto paths that the world disregards.  More important than credibility in the old creation is fidelity in the new creation.  Love, especially the love of Jesus Christ, has a logic all its own.

In Thomas Keating’s Lenten devotional, My Prayers Rise Like Incense, he says, “Love makes us vulnerable.  The love of another person (including God) reduces our defense mechanisms.  As soon as we trust somebody, we no longer have to be self-protective in their presence and our defenses diminish.  Then the faults and limitations that we have never seen or always tried to hide begin to emerge as clear as crystal…  Once we learn to accept failure, love grows.  We do not grow by thinking about it, but only through the experience of failure.”[3]

Friends, as a minister, as a fellow Christian, as a fellow human being: I can guarantee you one way in which we will never fail.  We will never, never fail!  By playing it safe; by not taking a step of faith—and by holding people’s failings against them.  We are called to something greater.

I’ll finish as I began: with The Passion of the Christ.  As I said, the movie begins in the Garden of Gethsemane.  The decision of Jesus to submit to arrest was a sign of faith in God.  It wasn’t something he was looking forward to.  But for me, as I watched the movie, it really was his courage that struck me.  Jesus knew his enemies were coming for him, and he knew that he would be treated brutally.  I picture myself in his place, and I suspect that the impulse to just take off would be too strong to resist.

But love gives us courage, even non-heroic, ordinary people like us.  That’s the antidote to cowardice!  And the new commandment to love—to love each other as Jesus loves us—gives each person here the courage to be a bigger person, to live a bigger life, than we have ever dreamed.  That is worth embracing and celebrating.  That is why this is Maundy Thursday. 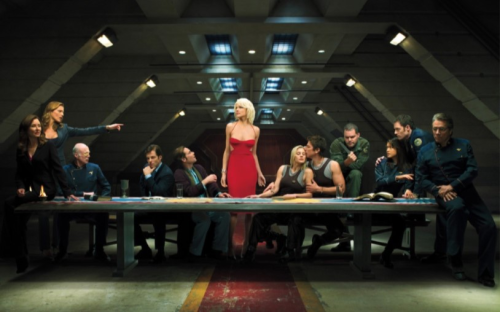