what do you want?

There was a question that I sometimes would be asked, and too many times, it really bugged me.  It’s a simple question, and I’m using it as my sermon title.  “What do you want?”  That sounds easy enough.

I guess it started when I was in high school.  Maybe some of you can relate to this.  Some of my classmates would say, “I’ll go to college (some would have a particular one that they were dead set on), and I will major in whatever.  That will set me up for this-or-that career—or I’ll have a certain job waiting—and this is how my life will go.”  It was all mapped out.

When I got to college, I had a certain roommate for two years.  He was a really cool guy.  His major was Accounting, and he absolutely hated it.  Going outdoors—working outdoors—was what he really loved.  Like so many other people, his theory was that you go to college to get a job.  (That’s how you answer the question, “But what can you do with such-and-such a major?”  That one especially gets posed to liberal arts majors.)

I was way on the other side of the spectrum.  For me, college was about exploring, learning about new things.

I was baptized when I was 21.  By then, I had already graduated with my Bachelor’s degree in Political Science.  I had lost interest in the directions that would take me, at least as a career.  As I became involved with the church, that question resurfaced: What do you want?  And like before, sometimes it really bugged me.

My first meaningful experience with church was the Assemblies of God.  I’m grateful for it.  For someone like me, who lived too much in his head, I needed that really heartfelt experience of the faith.

At the same time, when there is so much emphasis placed on following the leading of the Holy Spirit (which can be a frustratingly vague proposition), sometimes other things get overlooked.  That could include stuff like familiarity with the scriptures, the advice of wise people in the church, and the desires and interests God puts within us.  (Although I suppose all of that goes along with the leading of the Spirit!)

I went to the Assemblies of God Bible college in Florida.  After graduation, I was back to that question.  What do you want?  I rephrased it as, “What should I do?”  I wanted God to give me an absolutely clear direction.  This was a matter of much prayer.  In a way, I wanted God to remove the mystery and fun that I mentioned earlier in connection with my classmates.

So, while waiting for the lightning bolt of inspiration, I went back to the job I had during my breaks from college: McDonald’s.  I worked there for quite a while until I finally decided to go to seminary.  But on more than one occasion, when I couldn’t answer the question “What do you want?” I felt like there must be something wrong with me.  And bringing in the perspective of faith, maybe I was ignoring the Holy Spirit! 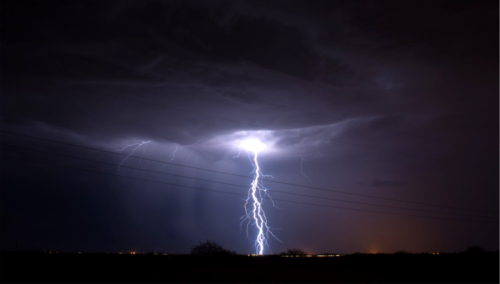 Speaking of the perspective of faith, that brings us to our story in Mark’s gospel: the healing of blind Bartimaeus.  (And I will get back to the question, “What do you want.”)

First of all, in case you’ve never noticed this, Mark is the gospel writer who is the least likely to go into great detail.  He just races along.  Mark uses the Greek word for “immediately” (ευθυς, euthus) more than Matthew, Luke, and John put together.  And his gospel is the shortest.

So if you’re binging on caffeine, or sucking down a Red Bull, this might be the gospel to read!

Look at the way our story begins in verse 46.  Mark tells us that Jesus and his disciples come to Jericho.  We have no idea what they do there.  The next thing we hear—they’re already leaving town, and they do so with “a large crowd.”  That’s when they encounter “a blind beggar [who’s] sitting by the roadside.”

We’re told that his name is “Bartimaeus son of Timaeus.”  That’s actually a repetition.  In Aramaic (which was the language they spoke), the word for “son” is “bar.”  So it’s “son of Timaeus, son of Timaeus.”  There is some confusion.  It looks like he’s anonymous; maybe that’s one way of saying he’s a nobody.  As a blind beggar, it’s no doubt the way he’s been treated.

And yet, we often see these reversals in the Bible.  Scripture is filled with subversive, counter-cultural ideas.  The word “Timaeus” (τιμαιος) means “honorable” or “esteemed one.”  The name Timaeus refers to a “worthy one.”  You know, this blind beggar might be somebody after all!

Whatever the case, he doesn’t let the crowd keep him quiet once he hears that Jesus of Nazareth is on the way.  Maybe he senses that Jesus is a kindred spirit.  Nazareth is not exactly the most cosmopolitan of places.  There were plenty of people who thought of Jesus as a nobody!

Bartimaeus doesn’t care.  In fact, he is calling out to him, loudly shouting, “Son of David!”  We’re told that some people “sternly ordered him to be quiet” (v. 48).  Sternly ordered—rebuked—the recipient of expletives.  I imagine the language hurled at this blind beggar, this nobody, is as crude as it is colorful.

Actually, shouting out “Son of David” would get you noticed.  “Son of David” is a messianic title.  It hearkens back to King David’s dynasty.  At the time, the messiah was expected to lead the Jewish nation to independence.  That would mean going against the Romans.  So Bartimaeus, stop shouting this dangerous stuff!  We really don’t need that kind of attention.

Eventually, Jesus appears before Bartimaeus, and he asks the question, “What do you want me to do for you?” (v. 51).  What do you want?  It would seem to be obvious.  He’s blind! 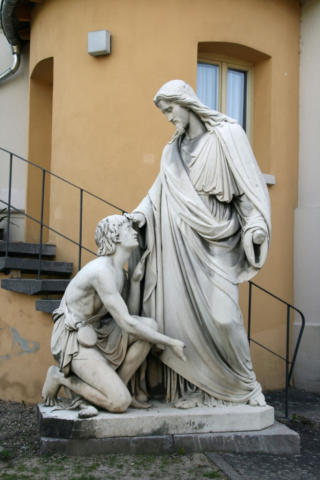 As Debie Thomas says, “But Jesus asks, anyway.  He doesn’t presume.  He doesn’t reduce Bartimaeus to his blindness.  Instead, he honors the fullness and complexity of a real human being who likely has many desires, many longings, and many needs.  In asking the question, Jesus invites Bartimaeus into the honest self-reflection essential to growth and healing.”[1]

Earlier in the chapter, Jesus poses the same question to James and John.  They are looking for positions of power and prestige, sitting “one at your right hand and one at your left, in your glory” (v. 37).  Bartimaeus has a very different answer.  “My teacher, let me see again” (v. 51).  Let me see.

Certainly, we can think of seeing as understanding, of coming to a realization.  It’s that moment when the light comes on.

At a deeper level, prophets have sometimes been called “seers.”  That’s a challenge for all of us—to see beyond the outer appearances into the depths where the true nature of things is hidden with Christ in God.

Do we ever, as I mentioned before, think there’s something wrong with us if we don’t know what we want?  And again, getting more specific, do we ever blame ourselves if we can’t see—if we can’t understand something?  “Why didn’t I see that?”  If so, we should remind ourselves of something.

The crowd considered Bartimaeus unworthy.  What good is a blind beggar?  But Mark makes a point of naming him, even if there is, as I said, some confusion about it.  (Matthew and Luke in their gospels leave him nameless.)  Mark takes the extra step of granting him that dignity.  His name itself says that he is “worthy”; he is “valuable.”

Still, that worthiness, that value, is not something Bartimaeus worked for.  It was given to him.  The same is true with us.  The truest and deepest worthiness is not something we work for.  I say that, because that type of honor can be taken away.  We can mess up; we can fail to see something, and there it goes!  Rather, the truest and only real measure is the worthiness and esteem we receive from God.

Jesus recognizes Bartimaeus’ need, but he doesn’t presume.  He doesn’t patronize him.  He asks him the question.  “What do you want me to do for you?”  Jesus enters into relationship with this son of Timaeus.  Far from saying, like some in the crowd, “Shut up, you dirty beggar,” he shows interest in him.

What do you want?

Ultimately, I would think, the answer is to be loved.  And it doesn’t matter if we are one of the beautiful people or if we have screwed up badly and made a wreck of our lives.  Really, that’s part of the human condition.  We make mistakes; we sin.  So often, we stumble in the darkness.  Maybe even today, some of us are experiencing our own kind of darkness.  We are blind beggars.

Now here’s something that qualifies as a post script!

This, of course, is Reformation Sunday.  Reformation Day falls on the 31st.  It marks the day in 1517 when Martin Luther posted what amounted to an editorial, a letter to the editor, on the church door in Wittenberg, Germany.

Years earlier, when he was a young man, there was an event that flows from my thoughts on, “What Do You Want?” and my expressed hope that the Lord would strike me with a lightning bolt of inspiration!

Martin had been studying law for a few weeks, and he went to visit his parents.  As the story goes, on the way back, he was surprised by a heavy thunderstorm.  Caught in an open field, he sought shelter under a tree.  A sudden lightning strike caused him to throw himself down onto the earth.  In mortal fear he prayed and vowed, “I will become a monk!”

He had toyed with the idea of being a monk for some time.  Did the lightning bolt help him decide “what do I want?”

Eventually, he left the monastery.  He proposed reforms to the Roman Catholic church which were rejected.  He never envisioned a church that would be named after him.  The forces he set in motion could be blamed on that thunderstorm!  The lightning bolt answered the question for him: “What do you want?”

May it not take a lightning bolt, but the fire (and the silence) of the Spirit to lead us down that path.