In case you didn’t know it, the book of Malachi is the final one in the Old Testament.  (Maybe it’s a case of the last will be first—something like that.)  Aside from that, in delivering his message, it’s his style that sets him apart.

Instead of the usual, “thus says the Lord,” Malachi uses a question-and-answer format.  Some say the book is meant to portray a court case, with the Jewish nation bringing charges against God, charges which in turn are rebutted.  The setting is the mid-400s BC, almost 100 years after the first exiles returned from Babylon.  This is well into the era of Persian rule. 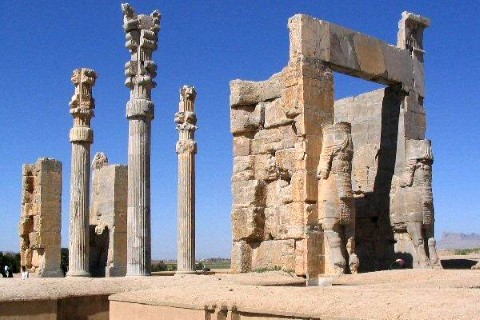 By this time, the temple has been rebuilt, but the people have grown weary of their new masters.  Still, just as the handwriting on the wall spelled doom for the Babylonian Empire, the Persian Empire will begin to weaken until, in the next century, a guy named Alexander the Great will lead the Greeks throughout the Middle East.

Besides his question-and-answer style, there’s something else that sets Malachi apart.  It is possible the prophet we call Malachi is anonymous.  The Hebrew word “Malachi,” מַלְאָכׅי (male’aki), literally means, “my messenger.”  It’s often assumed that the name comes from 3:1: “I am sending my messenger [I am sending Malachi] to prepare the way before me.”

If we know what the name Malachi means, maybe my sermon title makes sense.  As with other prophets, Malachi’s message is likely to get a chilly response from his audience.  He repeatedly mentions the covenant of love that God has established with them, as well as the ways they’ve violated it.

Here’s where understanding the history helps.  As I said, at this point, the Persians have been in charge for a long time.  Malachi addresses a defeated people.  We hear the cry, “Where is the God of justice?”  In the face of Persian rule, many doubt the Lord even cares about what’s going on.

Malachi speaks of the coming day of judgment, the day of the Lord.  The church sees the two figures, “my messenger to prepare the way for me” and “the Lord you are looking for,” as John the Baptist and Jesus Christ (3:1).

He gets on their cases about several things, but verse 8 has an interesting question.  He asks, “Will anyone rob God?”  Is it okay to pull a fast one on the Lord?  Malachi gets into the always lively subject of money and possessions. 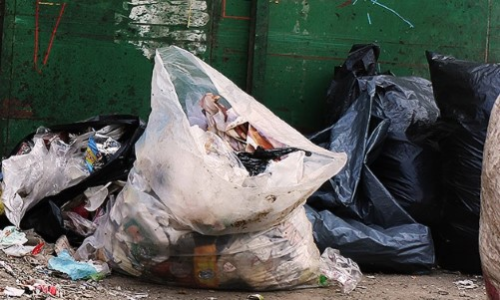 Actually, he’s already brought it up.  In chapter 1, he chastises the people for bringing lame and diseased animals for sacrifice at the temple.  Malachi makes this inquiry, dripping with sarcasm, “Do you think the government would let you get away with that?  So why are you trying it with God?”

I sometimes notice this with gifts to charities and church groups.  You’re not supposed to bring dirty and broken stuff.  More than once while bringing items to the Salvation Army or Goodwill, I’ve seen people dumping off their junk.  I remember watching someone dumping armloads of clothes onto the bare concrete, right next to the very edge of the loading dock.  I can’t say that the clothes were soiled, but the person didn’t appear to be treating them as an offering to the church.

The prophet continues his line of thought in chapter 3.  By being stingy with their tithes and offerings, he says the people are robbing God.  Malachi has mentioned other ways in which their worship has become slipshod.  The withholding of offerings is yet one more example of how their service is insincere.

But of course, this is much bigger than what happens on Sunday morning.  This extends to all of life.  We hear the promise of the Lord, when “put…to the test,” to “see if I will not open the windows of heaven for you and pour down for you an overflowing blessing” (v. 10).

I don’t know about you, but this is a scripture text I’ve heard abused in some pretty crass ways.  We’ve all heard preachers talk about giving to God like it’s a business transaction.  The promises of God’s blessings are compared with wise investments.

It must work!  The ministers encouraging those investments seem to have fabulous houses, fast cars, and fine suits.

Verse 11 continues the pledge: “I will rebuke the locust for you, so that it will not destroy the produce of your soil”.  The Hebrew word for “locust” אכֵל (’okel) literally means “devourer.”  Today, locusts are still a problem, but we all can think of things that eat up our resources. 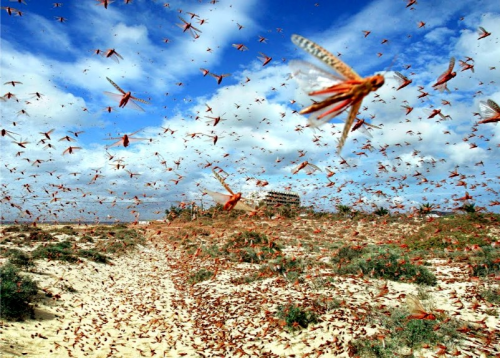 Malachi wants the people to reaffirm the covenant with Yahweh they’ve ignored.  They need to get their priorities in order.  When that happens, the word from the Lord is that “all nations will count you happy, for you will be a land of delight” (v. 12).  The Lord will bless them, or maybe, they’ll understand that they’ve already received a blessing.

The tithe, ten percent, was part of the Old Testament law.  It was part of the teaching Jesus received.  Many of his parables deal with the use of money and valuables.  In fact, much of Jesus’ teaching deals with money.

The crazy and “true story [is told] of a man in Dade County, Florida, who sued his church for the return of the money which he had contributed to it.  ‘I delivered $800 of my savings to the…Church,’ said the man in his [lawsuit], ‘in response to the pastor’s promise that blessings, benefits, and rewards would come to the person who did tithe 10 per cent of his wealth.  I did not and have not received these benefits.’”[1]

This guy, his pastor, or both of them are looking at this thing completely backward.  They’re asking, “What’s in it for me?”  And by the way, there’s some of that crassness I spoke of earlier.  (And I must confess, I don’t know how that case turned out!)

Our litigious church member, as well as his pastor, might do well to meditate on 2 Corinthians 9.  They need to be reminded that “God loves a cheerful giver,” one whose vision is expanded to see the big picture (v. 7).  When such a person gives, the result is an overflow “with many thanksgivings to God” (v. 12).

What we’re talking about here is stewardship.  And stewardship is about more than just money.  Again, this extends to all of life.  It even includes home sweet home. 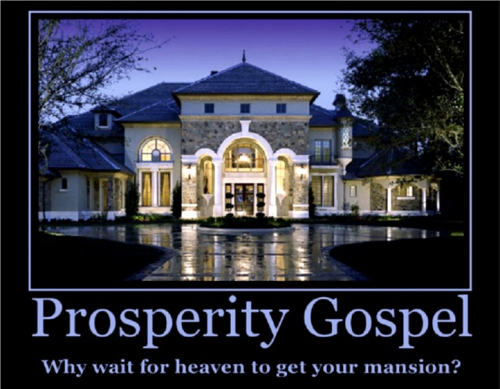 Marilyn Gardner wrote an article for the Christian Science Monitor entitled, “What’s Happening to the American Home?”[2]  One of the article’s main points was that the size of new houses in the US has been growing by 500 square feet every 20 years since 1950, while family size has decreased from 3.4 to 2.6.  The reason for the increased size is partly, if not primarily, due to our consumer culture’s thirst for more and more possessions.

It’s long seemed to me that referring to people as “consumers” is actually an insult; it’s a derogatory name.  Especially in America, whether in the church or out of it (sadly, it doesn’t seem to make a whole lot of difference!), we are given an order to consume.  We are to behave like locusts!

Take the earth’s resources, turn them into all kinds of useless crap, buy them, waste them, put them in off-site storage units, use cheaply-made products which soon break, throw them away, pollute the environment, and then consume more in a never-ending cycle.  (Please excuse my ranting!)

Cindy Glovinsky, author of Making Peace With the Things in Your Life, says, “If there’s one addiction that’s holding the human race hostage, it’s an addiction to things…  I’ve seen people who haven’t had a guest in their home for years because they’re having so much trouble keeping up with stuff, and they’re so ashamed of the way things look…  Yet these people refuse to let go of things so they can have people in their lives.”  Architect Sarah Susanka is even more blunt: “We’re not living our lives…  Our stuff is living us.”

The crazy thing—the insane thing—is that this addiction to consume is one we willfully plunge into.  But God, always faithful, constantly calls us to turn from this false god that consumes us, this ’okel, this locust, that devours!  It leads us to devote our resources and energy in a skewed way.  We forget that everything we own is a gift from God—and should be treated as such.

Here’s one more story.  It’s an old tale about the rabbi of Sassov (in present-day Ukraine).  Apparently, he “once gave away the last money he had in his pocket to a man of ill repute [who quickly squandered it all].  When his disciples objected, he asked, ‘Shall I be more finicky than God, who gave it to me?’”[3] 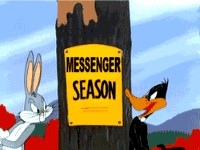 If you’re like me, when I first heard that, there was a red flag that went up.  Should we simply waste our resources?  That would seem to contradict what I said earlier.  Still, I wonder if, when opportunities for ministry and sharing present themselves, do we ever look first for reasons not to do something?  (“They don’t deserve it.  They’re just going to waste it.”)

We want to be free—free of the many things that would enslave us.  I can’t pretend to have the answer each of us needs for liberation from that stuff.  I’ve made some tiny hints at what such a life would look like.  Instead, I invite us to receive the message from God through the Holy Spirit, however that happens.

Please keep one thing in mind: don’t kill the messenger!