not getting to know you (sorry, Julie Andrews)

Psalm 133 pictures what can happen if we are faithful to dialogue.  In a moment, we’ll look at what constitutes dialogue, which is a critical feature of hospitality.

I’ve long thought of this psalm as a rather odd—but beautiful—piece of poetry.  The first verse is simple enough, as the Good News Bible puts it: “How wonderful it is, how pleasant, for God’s people (literally, “brothers”) to live together in harmony!”

It’s those last two verses that might leave us scratching our heads.  When verse 2 compares this harmony to oil poured on Aaron’s head, so much that it runs down his beard onto his robe, our reaction may be one more of distaste (or even disgust) than anything else.  Picture this.  When Banu and I anoint someone with oil, we usually put a small amount on our finger, and then do something like making the sign of the cross on the forehead.

Here, according custom, an entire flask of oil is poured out on the head of Aaron the priest.  The anointing oil has a delightful smell, but my guess is not many of us would want to wind up like a greased pig! 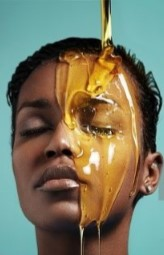 The images in the psalm have several interpretations.[1]  Some literally see it as a celebration of “brothers” living together.  Others imagine “the fellowship of the Covenant community in Jerusalem.”  Some say the image of flowing down, whether it’s the oil running down Aaron’s beard—or the water flowing from Mount Hermon in the north to Zion in the south—pictures Israel and Judah coming back together.  And there are other ideas.  So there’s been a bit of debate as to what all of this means.

And on the matter of debate, it’s important to know the difference between that and dialogue.  With debate, we’re already convinced we’re right, and we’re trying to persuade others to see things our way.  It’s like a courtroom scenario, with opposing lawyers making their case.  Or it’s like the news channels doing more commentary than actual journalism!

Dialogue is quite different.  A couple of decades ago, Leonard Swidler developed “The Dialogue Decalogue” (“The Ten Commandments of Dialogue”).  They’ve been updated and renamed “Dialogue Principles.”  You can see them at the Dialogue Institute website.[2]

Here’s the first one: “The essential purpose of dialogue is to learn.”  Just as with the spiritual discipline of listening, dialogue meets its enemy in closed and narrow minds.  Those unwilling to learn need not apply!

In his book, Cultivating Christian Community, Thomas Hawkins says dialogue “involves a willingness to challenge our own thinking.  We remain open to examining our own assumptions, no matter how uncomfortable doing so may feel.”  Dialogue seeks “to open up and out toward a meaning larger than any single…viewpoint.”[3]

I’ve sometimes heard this criticism of dialogue: it requires you to waver on your beliefs.  The idea is you can’t take a firm stand for anything; you have to be wishy-washy.  However, faithful dialogue, far from asking people to surrender their beliefs, instead needs those who know what they believe.  There’s a huge difference between thinking for ourselves and refusing to entertain ideas that might call us to become bigger and more insightful persons.

An aspect of dialogue similar to this is spelled out in the ninth principle, the ninth commandment, if you will: “Participants in dialogue should have a healthy level of criticism toward their own traditions.”  It’s difficult to have meaningful interaction with people who think they have all the answers.

To put it differently, don’t be so self-assured that you’re unwilling to admit any uncertainty!  There have been times I’ve noticed this in myself.  Believe me, it’s not an endearing quality; I find it rather tedious.  Here’s one very good remedy: learn to laugh at yourself!  (And as I think I’ve mentioned before, it helps if you see within yourself plenty of material at which to laugh!)

A tricky part of dialogue is addressed by the fourth principle.  “One must compare only her/his ideals with their partner’s ideals and her/his practice with the partner’s practice, not one’s ideals with one’s partner’s practice.”  In other words, none of us is always a faithful model of what we profess.  We all fall short.  We don’t always practice what we preach.  If we point to someone else’s behavior when they don’t live up to their ideals—and then judge it on that basis—we should expect the same treatment.

I’ll mention one more of these principles of dialogue.  The fifth one says, “Each participant needs to describe her/himself.”  This aspect of dialogue is often ignored.  We can too easily make assumptions about each other.  We can see someone performing an action, maybe in support or in protest, and ascribe to them motives they simply do not have.

This past week, some of us had a quite charming dinner conversation on the PERC patio.[4]  We discussed a number of topics, such as the president, various policies, the way the news gets reported (including an overemphasis on bad news, as opposed to good news), various types of exercise, Gordon Ramsay, and so on.  By the way, if you’re wondering, things did not descend into a food fight! 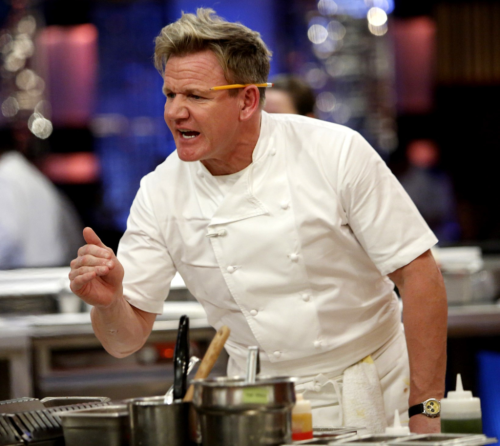 We could refer to each other as conservative, liberal, someone from another planet, and think we have them all summed up.  Maybe not so fast.

Related to this is the whole business of labeling.  Hawkins notes, “Labeling people denies the legitimacy of their opinions.  It makes further discussion unnecessary.  Name calling means our minds are made up.  We no longer see our opponents as worthy of respect.”  With an interesting conclusion, he says, “When we engage in name calling, we break one of the Ten Commandments.  We bear false witness against another person.”[5]  That’s a clear case of “not getting to know you”!

In Matthew 7, Jesus also weighs in on this.  Labeling others is a way of passing judgment on them.  We put ourselves in the position of God.  Jesus warns against this, saying “with the judgment you make you will be judged, and the measure you give will be the measure you get” (v. 2).

Dialogue is about much more than the proper way to have conversations.  At the end of the day, dialogue is about our relationship with God.  It necessarily involves other people, because it’s a discipline essential to fostering Christian community.  But as Hawkins reminds us, “The practice of dialogue reminds us that we and our opinions are not at the center of community. Christ is.”[6]

Just as Christ is at the center of community, so Christ is at the center of dialogue.  What Jesus calls us to do can feel really uncomfortable; it can even feel dangerous.  It can almost feel like we’re betraying someone or something.  That’s why we might come up with all kinds of excuses to avoid dialogue.  We can tell ourselves about that certain person, “I’ve done all I can to understand them”—but in our heart of hearts, we know we really haven’t.

Are there any people—or any group of people—with whom we refuse to dialogue?  Can we imagine the possibilities for our lives, for our communities of faith, for our society, if we simply let go of the excuses?  Something that plagues our country, and the church, is our practice of only giving a hearing to those with whom we already agree.  We only listen to what reinforces our opinions.

In many ways Jesus fought against that impulse.  There’s something I’ve mentioned on occasion, and I did so again at our lovely dinner.  Notice the people he called to his inner circle.  Among people of various backgrounds, he included Matthew the tax collector and Simon the Zealot.

Here’s the story about the tax collectors.  They are hated, not just because they collect taxes, but because of who they are working for.  They are employees of the empire, and what’s more, they gouge the people in doing their job.

If the tax collectors are collaborators with the Romans, the Zealots are at the other end of the spectrum.  They are revolutionaries who want to overthrow the government, to send the Romans packing.  The differences between Matthew and Simon make the differences between Republicans and Democrats seem nonexistent.  I think it’s safe to say Matthew and Simon do not have similar opinions.  Left to their own devices, they probably wouldn’t be interested in dialogue.  They would make poor models for the picture our psalmist is painting! 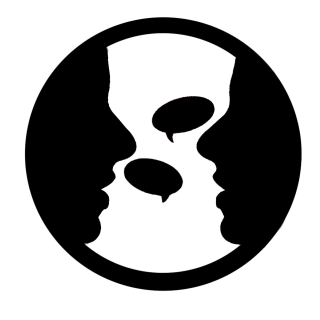 Jesus isn’t interested in labels.  No matter what we call each other, Jesus is having none of that.  He died and rose from the grave for everyone.  He calls us to knock down the foolish walls we build.

How very good and pleasant it is when kindred live together in unity.  That’s where the Lord ordains blessing, running down everywhere.