it's a dark night 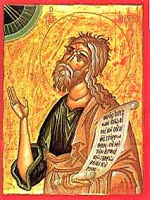 The Confessions of Jeremiah represent a unique contribution to the book whose namesake has been called “the weeping prophet.” In these passages, we read of plots on his life, his anguish at rejection, the taunts of enemies, more plots on his life, and his feelings of betrayal by God and his regrets that he was ever born.

In his book, The Prophets: The Babylonian and Persian Periods, Klaus Koch calls the Confessions “poems of extraordinary lyrical beauty.” They are, he says, “The night of despair.” (38)

Probably more than any other prophet, Jeremiah reveals his inner self. We get a better shot at armchair psychology! In today’s terminology, we might say that he struggles with depression. Like so many other spiritual figures, he experiences a dark night of the soul.