create facts on the ground—seek the welfare 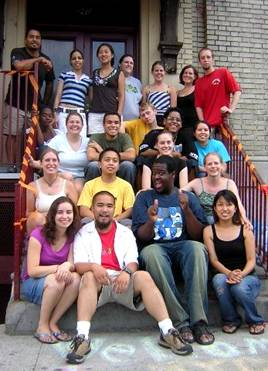 In chapter 29, Jeremiah sends a letter to the exiles in Babylon. This is the first wave of deportees, which King Jehoiachin accompanies (here the alternative spelling of “Jeconiah” is used). The Babylonians have installed Zedekiah as king. The year is probably 597 B.C.E. After all the gloom and doom, we’re finally getting to the part of the book that offers glimmers of hope. Chapters 30 and 31 have been called “The Book of Comfort” or “The Book of Consolation.”

One of the key themes of the letter is expressed in verses 5 and 6: “Build houses and live in them; plant gardens and eat what they produce. Take wives and have sons and daughters; take wives for your sons, and give your daughters in marriage, that they may bear sons and daughters; multiply there, and do not decrease.” Jeremiah implores them to raise families; something he feels is off limits for himself.

There are many motivations people have suggested for his letter—some of which appear in the text itself. At a very basic level, the simple need for survival is a motive. Jeremiah also wants the exiles to tune out the voices among them who claim that this is just a temporary setback: “Before you know it, we’ll be returning home!”

Part of survival means creating “facts on the ground.” The greater the number of people there are, the greater the difficulty in controlling them. But unlike some situations, in which the goal is rebellion through sheer numbers, that is not to be the motivation of the exiles. As verse 7 says, “seek the welfare of the city where I have sent you into exile, and pray to the Lord on its behalf, for in its welfare you will find your welfare.”

Work for the good of the place you find yourself. That should be the motivation for creating facts on the ground.

What could that mean for us?