“Blest be the tie that binds / Our hearts in Christian love: / The fellowship of kindred minds / Is like to that above.”  That, of course, is the first line of a hymn beloved by many.

A story is told about John Fawcett, the author of the hymn.[1]  He was the pastor of a church in Yorkshire.  In 1772, he was invited to serve a church in London.

“A farewell sermon had been preached.  Wagons loaded for removal to the new parish waited at the door.  His people came to say ‘Good-by.’”  However, “their expressions of love and tears of bitter grief, were too much for Fawcett and his wife.  They could not, they would not, sever so sacred a tie.  Furnishings were unloaded and set back in place.  Notice of his change of plans was dispatched to London.  Later Fawcett wrote this hymn.”

In the New Testament, “the fellowship of kindred minds” can be summed up by the Greek word κοινωνια (koinōnia).  Often translated as “communion” or “fellowship,” koinōnia literally means “partnership.”  It has to do with “sharing.” 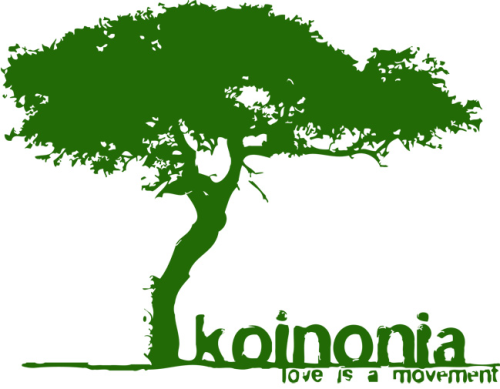 When I was in the Assemblies of God, there were two Greek words that we heard on a regular basis: agape and koinōnia.  Agape, of course is “love,” and by the New Testament era, it had picked up a sense of God’s love, a divine love without reserve.

I think we heard so much about koinōnia because it really expresses how we as sisters and brothers in the faith live together, or at least, one hopes we strive to live that way!

Koinōnia also features in the letter to Philemon.  This is one of the prison epistles, the others being Ephesians, Philippians, and Colossians.  All of these are written while the apostle Paul is spending time in the slammer, locked up behind bars.

Discussion of this letter has often focused on two themes.  The first is the question of slavery.  We see that a slave named Onesimus has run away from (and probably robbed) his master, Philemon.

It looks like Onesimus has encountered Paul while the apostle is in prison.  It’s through contact with Paul that the runaway slave has come to Christ.  Some people feel that Paul, by not demanding that Onesimus be set free, is going along with slavery.  Others say that Paul’s emphasis on him as “more than a slave, a beloved brother” shows that the apostle wants to undermine the practice of slavery.

That’s one theme.  Another has focused on why Paul wants Onesimus to be set free.  Paul admits, in verse 13, “I wanted to keep him with me” so that he could be of assistance.  And in verse 20, using a play on words, understanding that the name Onesimus (Ονησιμος) means “useful” or “beneficial,” he asks Philemon, “let me have this benefit (οναιμην, onaimēn) from you.”

As I said, Paul doesn’t make any demands on Philemon.  Well, not exactly.  It seems that Paul has led both master and slave to Christ, as he reminds him in verse 19: “I say nothing about your owing me even your own self.”  What a great line!

In his paraphrase of the Bible, The Message, Eugene Peterson is less delicate.  “I don’t need to remind you, do I, that you owe your very life to me?”

Think about this for a moment.  Before he even gets into the whole business of Onesimus and what he wants done with him, Paul presents Philemon with this grand vision of what could be, of what could happen.  Before he gets caught up in the details, Paul prays that his partner (remember the definition of koinōnia) will see the many possibilities that await them in Christ.

But this is no easy thing for Philemon.  There is great social pressure to severely punish his runaway slave, especially if the slave has stolen from him.  Eldon Koch says, “Philemon must forego revenge, swallow his pride, and perhaps endure the scoffs of his townsmen if Onesimus be accepted in this new way.”[2]  That new way is if he receives him as “no longer as a slave but more than a slave, a beloved brother.” 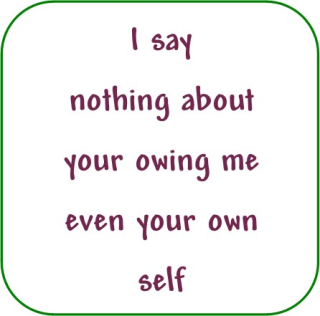 Again, this something to note.  Paul is basing his appeal on love and faith.  Scripture and theology are clearly important, but alone, they don’t carry the weight that communion carries.  I think Paul understands that Philemon won’t be swayed by logical reasoning alone.  Philemon must experience fellowship, experience communion, experience koinōnia.  He must experience.

The article got a little bit of attention, including from a fellow who was with the local Baha’i community.  He invited us to join he and his friends for dinner.  As it turned out, at least half of them had been part of one Christian denomination or another.  There were mixed reviews, and mixed emotions, about their experiences with the church.  I think some of them were surprised to have Presbyterian ministers join them at the table.

A term several of them used, instead of Christianity or church, was “churchianity.”  Churchianity was how they described their encounter with the church.  That was how they summed it up.  It was an empty, hollow, lifeless shell.  It was the worship, the teaching, the ritual, all good stuff, but drained of energy—without energēs, as the apostle would put it.  It was a dried out husk.

These folks we met found their koinōnia, not in the church, but in the Baha’i faith.  This is nothing against the Baha’is; there’s a whole lot of cool stuff about them.  It’s unfortunate that the church wasn’t better at modeling the fellowship and partnering that St. Paul speaks of.

There’s also the matter of the “Nones.”  A book published this year is Katherine Ozment’s Grace without God: The Search for Meaning, Purpose, and Belonging in a Secular Age.  I will confess that I haven’t yet read this one.  I’m basing my comments on her synopsis and the reviews of others.

In her quick bio, she says, ‘My book began with a simple question from my young son—‘What are we?’—that I couldn’t answer.  I shrugged and told him, ‘Nothing.’  The minute I said it, I knew I would have to find a better answer—for him, for myself, and for my family.”

I am somewhat familiar with the problems that the atheist, agnostic, secular, or the people “of whatever name” face.  There is the yearning and awareness of the need for ritual, for belonging in the heart of every human.  For those uncomfortable with the structures of religion, that’s a problem!  To be honest, sometimes I’m uncomfortable with the structures of religion.  When they impede, rather than assist, the flow of the Holy Spirit, then that’s a problem!

“Blest be the tie that binds / Our hearts in Christian love: / The fellowship of kindred minds / Is like to that above.”

That is what the sacrament we are about to share is all about.  Blest be the tie that binds.  We are remembered and re-membered at the table.  Word alone isn’t enough.  Sacrament is also necessary.  God in Jesus has appeared in flesh, has appeared in matter.  The apostle knows that words aren’t enough.  Philemon must have the experience of the tie that binds.  Prompted by the Spirit, Rev. and Mrs. Fawcett unload their possessions.

These physical actions are in line with Jesus the Christ, whose body was broken and whose blood was shed.

(And if I may ask, why do we celebrate this communion with our Lord, and among ourselves, only twelve times per year?  Is that reluctance a structure of religion that impedes the flow of the Spirit?  Just a thought!)

All of that stuff, and more, is what the church of Jesus Christ is all about.  It is possible, as I mentioned, to find a kind of koinōnia outside the church, flawed though she may be.  Still, koinōnia in its purest and truest form is what the church, purely by the grace of God, is able to share.

Before he closes the letter, Paul has a final “order” for Philemon.  “One thing more—prepare a guest room for me, for I am hoping through your prayers to be restored to you” (v. 22).  Paul is planning his release from prison.  He’s counting on his friend Philemon to be praying for that long-awaited day.  He can’t wait to celebrate koinōnia with Philemon and his friends.

How can we do any less?  Are we ready to celebrate the release of a dear one from prison?  (Clearly, that can be literal or symbolic.)  Will we obey the law of love and set free one whom we’ve considered to be our slave?  Will we welcome the energy needed to see that happen?  Friends, the prescription is koinōnia. 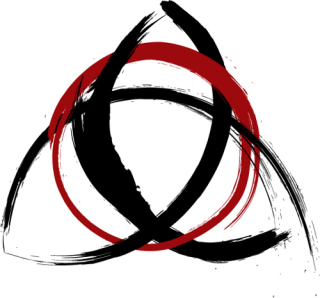 Let us close with the Trinitarian blessing, which is found at the end of 2 Corinthians (13:13).  “The grace of the Lord Jesus Christ, the love of God, and the koinōnia (the communion, the fellowship, the partnership, the sharing) of the Holy Spirit be with all of you.”