The apostle Paul, in many circles, has never had the best of reputations. Some have a very low opinion of him, portraying him, among other things, as insecure, paranoid, sexist, homophobic, and basically, an all-around grouch! Not at all a pleasant fellow. Some of the stuff he writes could easily lead to that conclusion. (At the same time, we also should be mindful of how cultural biases and misunderstandings influence us.)

Having said that, let’s take a quick look at what’s going on in the churches in Galatia. This might help to explain Paul’s “exuberant” approach.

A group known to posterity as the Judaizers finds fault with Paul’s message. They are concerned that he’s being too fast and loose with the gospel. For the life of them, they don’t understand why this guy is casting off so much of the faith of his people. He doesn’t even require circumcision!

And aside from Paul’s teaching, who does he think he is, anyway? James and Peter and the rest of the apostles in Jerusalem have rock-solid credentials. They were with Jesus himself! Meanwhile, this character was wreaking havoc and mayhem among the brothers and sisters. What kind of training is that?

That, very quickly, is the situation that Paul finds. Many, if not most, in the Galatian church are accepting the teaching that would require Gentiles to observe the Jewish law. And for the guys, you have a special treat. Get ready for snip, snip, snip!

It’s been observed, “Paul is mad about what had happened in Galatia.” I would venture that’s an understatement, but happily, it provides a nice segue to some of those forceful words he uses.

In chapter 1, right after he says hello to his readers, he’s already on their case. “I am astonished,” Paul says, “that you are so quickly deserting the one who called you in the grace of Christ and are turning to a different gospel” (v. 6). He simply cannot believe how gullible they are, listening to these smooth talkers.

At the beginning of chapter 3, Paul doesn’t bother with sparing anyone’s feelings. “You foolish Galatians! Who has bewitched you?” The Contemporary English Version displays even less tact: “You stupid Galatians! I told you exactly how Jesus Christ was nailed to a cross. Has someone now put an evil spell on you?” What’s wrong with you? Are you taking crazy pills? 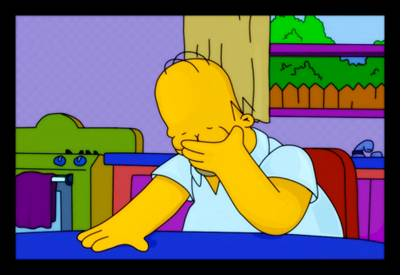 In chapter 4, the apostle again shows his exasperation. “I am afraid I have wasted my time working with you” (v. 11, CEV).

But for me, the best of the worst comes in chapter 5, as he’s discussing those who insist on circumcision. Paul laments, “I wish those who unsettle you would castrate themselves!” (v. 12). The Jerusalem Bible is even more cutting: “Tell those who are disturbing you I would like to see the knife slip.” One might say that, in his criticism, the apostle Paul is being quite sharp!

I’ve gone to the trouble of providing these quotes to give a little better picture of his personality. Quotes like these would be ammunition for those who focus on Paul’s bad side. They would likely say that he’s guilty of driving the people; he’s guilty of shoving them. I would say that it’s possible to recognize his flaws (at times, he seems to employ manipulation) and still say that Paul provides a good example of leading the people.

Other than Jesus, even more than Mary or Peter, the New Testament figure whose personality is best revealed is the apostle Paul. We learn more about who he is, and that’s important. As a result of his calling on the road to Damascus, he helps personify the changes during this interim time as the church is discovering its own identity. It’s becoming less a branch of Judaism—and becoming something else.

What will that something else be?

I’m interested by the image of the caterpillar turning into a butterfly. There’s a point in time when the caterpillar in its cocoon can no longer be recognized as a caterpillar. At the same time, it’s not yet a butterfly. It’s in some kind of transitional state. It is gelatinous goo that has the promise of becoming a butterfly. But right now, it sure doesn’t look like it!

That’s us. In many different ways, we are constantly in transitional states. In our own lives, we are transitioning from one thing into another. In verse 17, after his Damascus road experience, when Paul speaks of going “at once into Arabia,” he is neither caterpillar nor butterfly; he is that gelatinous goo. He needs to do some work in figuring out what he’s called to become, or at any rate, what path to follow.

And as I’ve suggested, it’s the same way with the church, both in Paul’s time and in ours. We also are that gelatinous goo, with the promise of becoming something wonderful. As a congregation, it’s easier to recognize those transition times, those interim times. One example is when a congregation is between pastors. Still, that’s what life is all about, constantly transitioning—constantly being that gelatinous goo, in one way or another.

What drives Paul’s concern for the Galatians is just that: what are they becoming? That’s why he goes ballistic. It’s very important for him to establish the origin of his message—where did he get this stuff? As I said earlier, his credentials are being questioned. If his credibility can be ruined, then it’s easier for the ideas of the Judaizers to take hold.

For that reason, Paul insists “that the gospel that was proclaimed by me is not of human origin; for I did not receive it from a human source, nor was I taught it, but I received it through a revelation of Jesus Christ” (vv. 11-12). If anyone wants to trout out pedigrees, Paul can play that game too.

He declares, “I advanced in Judaism beyond many among my people of the same age, for I was far more zealous for the traditions of my ancestors” (v. 14). I studied under some top-notch rabbis, so don’t lecture me about observing the law and getting circumcised. I know this stuff better than you!

An aspect of who Paul is—something we shouldn’t ignore—is that he has turned away from violence. (It’s easy to miss that with his talk of castration!) His rejection of violence is a message badly needed in our own time, as people continue to hurt each other in the name of God. And this also speaks to the point about seeing him, not as driving others, but as leading them.

He freely admits what he has done. When Paul speaks of his “earlier life in Judaism,” he confesses that he “was violently persecuting the church of God and was trying to destroy it” (v. 13). That word “violently” in Greek is the word hyperbolē, our English word “hyperbole.” He admits that he was exaggerating; he was going overboard in his efforts.

Yet how different is the way he ends the chapter! Speaking of the churches in Judea: “they only heard it said, ‘The one who formerly was persecuting us is now proclaiming the faith he once tried to destroy.’ And they glorified God because of me” (vv. 23-24). What an image of repentance—that is, turning around. 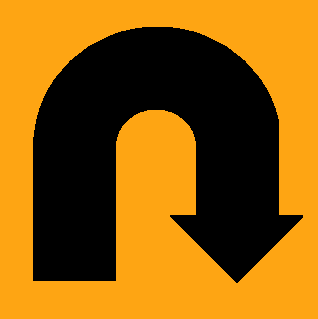 Paul is in agony because of what he sees in Galatia. He sees dear sisters and brothers turning from their freedom in Christ and submitting to rules and regulations that the gospel has eradicated. Paul sees the gelatinous goo that they are and realizes they are developing in a way that is unhealthy. He wants to help them establish a different church culture.

The apostle yearns for a church culture in which freedom is embraced and the stumbling blocks put in each other’s way are discarded.

Do you know what we notice when we work on building a church culture in which we seek the peace and freedom of Christ? One thing we notice is that we’re not worrying so much about trivial stuff. We notice that life is too short and too precious to waste time on such stuff.

Again, we see Paul’s desperate desire that the Galatians not miss out—that they don’t blow the opportunities they have. But this has what might be an unexpected twist.

“In other words, [it’s] less about the individual personality of the [leader],” even one as admittedly provocative and controversial as the apostle Paul, “and more about the ability of the congregation to accommodate and foster the leadership functions it needs.”

So in the case of Paul, he’s not going to be in Galatia for the rest of his life. The church there has the joyful task of figuring out who they are, as well as who is best suited to lead them. When we are able to claim our own identity, it helps us from being driven—as opposed to being led.

Claiming our identity is related to following our passions. What is it that we really love? Following our passions does come with a caution, however. Sometimes our passions can lead us off course, as is the case with the Judaizers. Their passion prevents them from embracing the future into which God is calling everyone.

In chapter 5, Paul sums it up well. “For freedom Christ has set us free. Stand firm, therefore, and do not submit again to a yoke of slavery” (v. 1).

Having said all of that, what are our passions? How is God calling us to do church? What is the church culture we want to work on that will help enable good pastoral leadership? All of that goes into this wonderful gift of interim time, of being that gelatinous goo, in which the promise is right at our fingertips.