come out from hiding 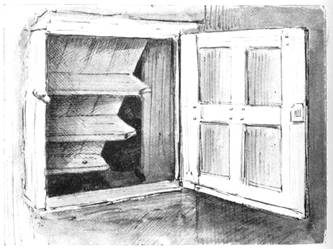 In Judges 6, we’re introduced to Gideon.  He lives during a time when his people are under the thumb of the Midianites.  They are doing are fine job of ruining the economy of the Israelites.  They are pillaging the crops and livestock.  The Israelites are reduced to destitution and despair.
Gideon is involved in what might be considered “the black market.”  He is secretly preparing wheat, without the Midianites’ knowledge.  In verse 12, we’re told, “The angel of the Lord appeared to him and said to him, ‘The Lord is with you, you mighty warrior.’”  Gideon’s response indicates, “Are you talking to me?”  It seems that God knows something about Gideon that he himself doesn’t know!  Gideon is reassured, “Go in this might of yours and deliver Israel from the hand of Midian” (v. 14).  But he is quite hesitant to accept this task.
Caspar Green, who did the Scarlet Letter Bible, recently commented on the Ten Commandments.  He says something about the newly-freed Israelites that can also apply to Gideon—and to us:  “Your responsibility, your calling, may be different.  But if you’re free then your freedom comes with responsibility to do something great—and that something is exactly the thing you’re most afraid of succeeding at.”
Could that be true?  Is there, at the very center of our freedom in God—who we are in our truest of selves, something we fight against with all of our might?  How many of us dare to explore that empty abyss of liberty?