I’ve never heard anyone suggest to new converts that they begin their reading of the Bible with Ecclesiastes.  The last I heard, it’s not very popular in Sunday school.  I guess I can understand why.  It is a strange little book.  Some rabbis of old fought hard to keep it from being called scripture. 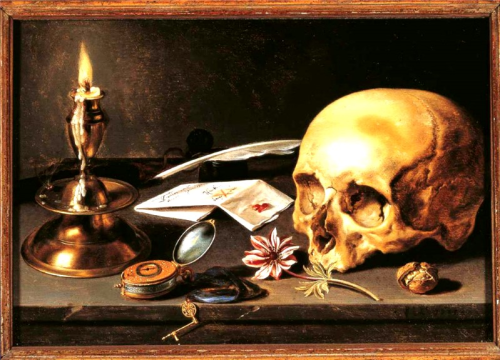 If you’ve read the book, you can probably figure out why.  Starting right off in chapter 1 we get some pretty good clues.  Ecclesiastes says things the rest of the Bible does not say!  Already, in the second verse of the book, we hear this: “Vanity of vanities…  All is vanity.”  That sets the theme for all that follows.  All is vanity![1]  Everything is meaningless!  It’s no use!  What in the world is that doing in the Bible?  Is that something one of God’s people would say?

Hold on to that thought.  We’ll see more examples as we go on as to why folks throughout the centuries have been puzzled about the book.

In the original Hebrew, our narrator is anonymous.  He’s simply referred to as קֹהֶלֶת (qoheleth).  “Ecclesiastes” comes from the Greek translation of that word.  “Qoheleth” comes from the word קׇהַל (qahal), which means “assembly” or “congregation.”  So, “Qoheleth” would be the “convener of the assembly.”  One might say he’s the person who “ca-halls” the people together!

Even though the author calls himself “the son of David, king in Jerusalem,” it’s clear from the vocabulary used he lives hundreds of years after Solomon.  But like others who wrote what’s known as wisdom literature, he pays his respects to the king noted for his great wisdom.  Claiming to be Solomon is high praise.

All is vanity!  To those who believe faith is like the nice little graphics you click on Facebook, this might come like a bucket of ice water thrown in the face—and then followed with the empty bucket!  This is some stern, bitter language.  The translations “vanity,” “futility,” “meaningless”: none of them quite capture the sense of deep disappointment Qoheleth expresses.  Those words don’t have enough bite.  What might be necessary is something like: “Everything is b. s.” 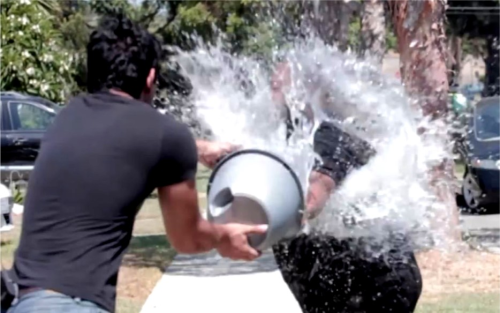 In fact, Methodist professor Elsa Tamez has said of Ecclesiastes it is for “times of profound disillusionment.”[2]  It seems she goes along with the saying, “Misery loves company,” because she adds, “a disappointed soul can find solace in reading this work of a frustrated narrator.”  I really like the footnote she puts at the bottom of the page.  “This has happened to me various times after giving a sermon, teaching a Bible study, or conducting a course on Ecclesiastes”!

Just look at our scripture reading.  Look at the list of frustration that Qoheleth goes through.  Generations come and go, the sun rises and sets, the winds blow, the streams flow—but nothing really changes.  “All things are wearisome,” he proclaims, “more than one can express; the eye is not satisfied with seeing, or the ear filled with hearing” (v. 8).

Don’t forget; this is just the opening chapter!  There’s a lot more where that came from!  Maybe we can be excused for dismissing this as the ranting of Qoheleth the curmudgeon.  But then, my sermon title isn’t “Qoheleth, the Curmudgeon.”  It’s “Qoheleth, the Patriot.”

To understand how Qoheleth could be a patriot, we need to look at the world in his day.  It was after the Babylonian exile, possibly after when the Persians came to power in the mid-500s B. C., and before the Greeks took over in the late 300s.  But no one really knows.

In any case, the Jews are but a small part of a big empire, be it Persian or Greek.  And in either case, Qoheleth has witnessed the arrogance of a superpower.  Each in their own way, the Persians, then the Greeks, have dominated the Jews.  They’ve imposed their own cultural values on them.

So when Qoheleth observes, as he does in verse 9, that “there is nothing new under the sun,” in part, it flies in the face of political propaganda—the party line of the government.  The nations who have invaded the Jews have promised them all kinds of innovations, what they see as modernization, so to speak.  To the leaders who say that “everything has changed” and that “we live in a brand new world,” Qoheleth says, “I don’t think so; we’ve seen all this before!  We’ve heard these grand promises before.” 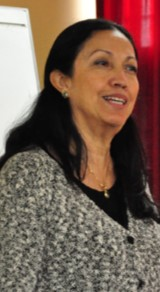 Our author wants to rouse his fellow Jews from their slumber.  In verse 11, he warns, “The people of long ago are not remembered, nor will there be any remembrance of people yet to come by those who come after them.”  In The Message, Eugene Peterson turns that last line into, “Don’t count on being remembered.”

Dr. Tamez reflects on how “generations come and go without remembering their own history.  Such collective amnesia means the death of a people.”[3]  If we have the attention span of a gnat, we become very easy to manipulate.  We are easy to manipulate if our life’s focus is on bread and circuses.

Being a good citizen, especially the citizen of a democracy, requires effort.  It takes discipline.  On the other hand, to live under an authoritarian requires very little effort.  We need only ignore our responsibility to others—especially to the poorest and weakest—and to the planet.  Without discipline, especially spiritual discipline, freedom slips through our fingers like sand.

The great Jewish writer Abraham Heschel published an article in February 1944.[4]  During World War 2, he speaks of that lack of spiritual discipline that permits dictatorship and war to thrive.  Heschel’s words remain relevant for us today, as they have been presented again in recent years.

“Let Fascism not serve as an alibi for our conscience.  [I think we could substitute “terrorism” for “fascism.”  But I think we could also envision fascism once again raising its ugly head.]  We have failed to fight for right, for justice, for goodness; as a result we must fight against wrong, against injustice, against evil.  We have failed to offer sacrifices on the altar of peace; now we must offer sacrifices on the altar of war.”

He goes on, “A tale is told of a band of inexperienced mountain climbers.  Without guides, they struck recklessly into the wilderness.  Suddenly a rocky ledge gave way beneath their feet and they tumbled headlong into a dismal pit.  In the darkness of the pit they recovered from their shock, only to find themselves set upon by a swarm of angry snakes.  Every crevice became alive with fanged, hissing things.  For each snake the desperate men slew, ten more seemed to lash out in its place.  Strangely enough, one man seemed to stand aside from the fight.  When the indignant voices of his struggling companions reproached him for not fighting, he called back: If we remain here, we shall be dead before the snakes.  I am searching for a way of escape from the pit for all of us.”

“Let future generations not loathe us,” Heschel says, “for having failed to preserve what prophets and saints, martyrs and scholars have created in thousands of years.  The Fascists have shown that they are great in evil.  Let us reveal that we can be as great in goodness.”

In a strange way, Ecclesiastes is valuable for those who often have an uncomfortable and questioning faith.  I don’t know; maybe that’s why I like it!

As we approach our nation’s 242nd birthday, sometimes we have an uncomfortable and questioning patriotism.  I believe that’s in the best spirit of America.  We’re still allowed to ask uncomfortable questions, at least, for now.

Our final hymn today is “O Beautiful for Spacious Skies.”  I love that song.  Most of us know the first verse by heart.  As we continue, Katharine Lee Bates deals with the innate complexity that is America.  Each verse begins, “O beautiful,” and celebrates the promise and the dream of America.  It is a promise not yet fulfilled.  Bates thinks this is reason for celebration: “O beautiful for patriot dream / That sees beyond the years. / Thine alabaster cities gleam, / Undimmed by human tears!”  Friends, we’re not quite there! 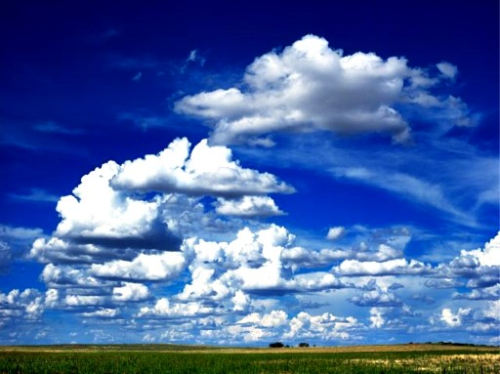 Jesus the Christ, the son of David, the king, makes the promise to us, even if the dream is not yet fulfilled.  We are freed to ask those uncomfortable questions, and we know at the end of the day, that all is not vanity.  To the contrary, all is bursting with light, something new under the sun.