One of my favorite actors is Al Pacino.  In recent years, his movies haven’t been so great, but he has a pretty impressive body of work, starting of course with The Godfather and The Godfather Part 2.  Pacino is one of those actors with a really distinctive voice.

I like it when he uses that voice to deliver speeches and/or rants.  In Scent of a Woman, he plays a Lieutenant Colonel who defends Chris O’Donnell at a disciplinary hearing at his school.  (“If I were the man I was five years ago, I’d take a flamethrower to this place!”)  In Any Given Sunday, he’s a football coach giving his inspirational pregame talk.  (“On this team we fight for that inch!”)

But one of my favorite Pacino speeches is the one he delivers in City Hall.  In this movie, he’s a New York City mayor with John Cusack as his deputy mayor.  A young black boy has been killed in the crossfire between a police officer and a member of the mob who received probation under suspicious circumstances.  Racial tensions involving the NYPD are about to boil over.  That’s the backdrop when Pacino shows up for the funeral at the little boy’s church.

He’s invited to the pulpit, and he immediately addresses the elephant in the room.  He admits he was warned not to attend.  Don’t stand behind that coffin.  “But I must stand here,” he says to the congregation, “because I have not given you what you should have.  Until we can walk abroad and recreate ourselves; until we can stroll along the streets like boulevards; congregate in parks free from fear, our families mingling, our children laughing, our hearts joined—until that day we have no city.”

Pacino talks about Pericles of Athens as the model of a mayor and about a mythic “palace that was a city.”  As he continues, the people are getting worked up, with shouts of “Amen!”

At the end of the sermon (and it probably qualifies as such), he declares, “We’ll rebuild on the soul of this little warrior.  We will pick up his standard and RAISE it high!  Carry it forward until THIS CITY—YOUR CITY—OUR CITY—HIS CITY—IS A PALACE AGAIN!  IS A PALACE AGAIN!  I am with you, little James.  I am you.” 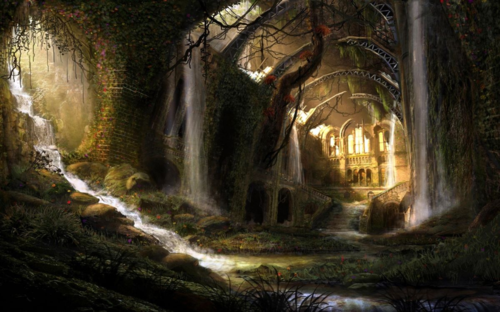 We hear the familiar words of the song dedicated to America.  “O beautiful for patriot dream / That sees beyond the years / Thine alabaster cities gleam / Undimmed by human tears!”  (I suppose we’re not there quite yet!)

Usually when we hear words like “heavenly vistas,” we think of the glory of God’s creation:  majestic views from mountaintops, meadows of flowers waving in the wind, gently falling snow.  But in the book of Revelation, among the many visions of St. John, we have the celestial city, the new Jerusalem, descending from heaven.  That’s the heavenly vista we’re given.

I guess that says something about humans as co-creators with God.  When we yield our works to God, something wondrous and life-affirming happens.

We humans build cities, even if they aren’t made of alabaster.  The image of the city of God is a little more impressive.  Some top-of-the-line architects and contractors have been told to go wild.  No corners have been cut putting this place together.  And look at the materials:  sapphire, emerald, onyx, topaz, amethyst.  The gates are made of pearl; the streets are made of gold.

Still, I don’t want to go on examining the physical properties of this heavenly city, or any other city.  I think I have a better question.  What is the definition of “city”?  What does it mean?  What does it signify for us?  Can we understand it as metaphor?

Chapter 21 begins with a new heaven and a new earth; the old order is gone.  The city from above is coming down to earth.  That’s important.  The city comes down to us; it’s not the work of our hands that goes up.  God is coming to dwell with the people.  God is taking up residence among us.  In Jesus the human being, God took up residence among us.  Nothing is ever the same again.

Clearly, with the way the city is built, with gemstones being used as we would concrete and asphalt, stone and mortar, there’s a picture of lavishly overwhelming, even wasteful, abundance.  It’s a picture of a palace that is a city.

And on that note of Al Pacino’s vision of a city in that great scene from the movie, hear what he says.  He speaks of walking abroad, strolling along, and congregating in parks without fear.  He speaks of families mingling, children laughing, and hearts being joined.  But what happens when those qualities go missing?  What’s the result when those wonderful things are absent?  “Until that day we have no city.”  Where fear reigns, no true city exists. 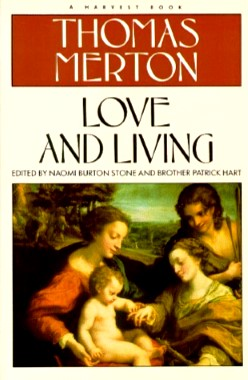 Thomas Merton, one of the twentieth century’s spiritual giants, in Love and Living, offers his thoughts on what a city can truly mean.[1]

This wasn’t a land ruled by fear.  That didn’t come until the Aztecs appeared on the stage, with their human sacrifice and building of empire.

Merton continues, “Those early cities knew what to do with space.  And what they did with space made human life joyous, real, fully credible.  The Bible tells us that in the end it will be like that again, in a city of pure celebration.”[2]  What does that celebration look like?

Notice how chapter 21 ends.  There’s no need for a temple, no need for sun or moon.  The glory of God is its light.  Verse 25 says, “Its gates will never be shut by day—and there will be no night there.”  There is no fear of enemies in this city.  The gates are always left wide open; there’s no need to bar the doors!

“People will bring into it the glory and the honor of the nations.  But nothing unclean will enter it, nor anyone who practices abomination or falsehood, but only those who are written in the Lamb's book of life” (vv. 26-27).  The reign of terror is over.  No more criminal behavior.  No more of the thousand little ways in which we demean each other.  No more of the powers-that-be imposing their might.

About all of that nasty business, Merton says, “They with their gold have turned our lives into rubble.  But we with love will set our lives on fire and turn the rubble back into gold.  This time the gold will have real worth.  It will not be just crap that came out of the earth.  It will be the infinite value of human identity flaming up in a heart that is confident in loving.”[3]

It might seem like all of this is relegated to the future, that it doesn’t speak to us right now.  Many see the entire book of Revelation that way.  It’s all about the future, of things to come.  A more helpful way is to see it like the gospel itself.  The good news is that “the kingdom of heaven has come near,” “the kingdom of heaven is at hand” (Mt 4:17).  It’s already here, but not yet in its fullness.  It’s right here, in the grasp of our hands.  We can almost taste it.

And speaking of taste, chapter 22 says something about the river of the water of life.  On either side of it are “twelve kinds of fruit, producing its fruit each month” (v. 2).  Now that’s some fertile soil—twelve harvests every year!  That’s what the tree of life provides.  In Genesis 3, the tree of life is declared off limits.  Adam and Eve, hit the road.  But no more of that; the tree is made available to all.

Its leaves provide healing.  The word in Greek is θεραπείαν (therapeian), where we get our word “therapy.”

When God takes up residence among us, nourishment and medicine—things that promote health—are provided without measure and in many different ways.  (By the way, God is the perfect urban planner.  This city has plenty of green space!)

Can we see the city from above filling our space, right here, right now?  Can it be something other than a vision of some nebulous time in the future?  Can we see it as a place of serving God and the Lamb, serving Christ and not Caesar?  Can we see it as abundance of food and healing for all nations, for all people?

The Bible says the citizens of that city “will see [God’s] face, [God’s] name will be on their foreheads” (v. 4).  If we already have a vision of that city, then God’s name is being written on our foreheads.  We are being marked as God’s own.  What does that mean for how we live in this place and in this time?

A palace that was a city, now becomes a palace like none other, governed by the Lamb upon the throne.  The Lamb, meek and mild, is now the ascended one, filling all things, filling the cosmos.