Do you ever feel overwhelmed by the problems of the world?

There used to be a network called Current TV.  At the top of each hour, they had a brief show known as InfoMania, a quick feature of ridiculous things in the news.  It began with the chorus from the song, “Weight of the World,” by Pigeon John.[1]  (I was unfamiliar with him; I had to look it up!)  It’s a silly voice singing, “Sometimes I feel the weight of the world, and it’s so heavy and it’s bringing me down.”  For most people, that’s hardly a laughing matter.

There’s a book written by Christoph Blumhardt, Jesus is the Victor.[2]  He lived 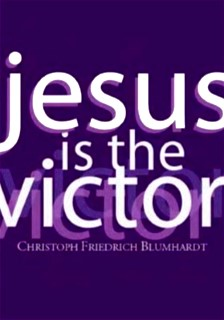 Germany from 1842 to 1919, so among the problems of the world he witnessed was the growing drumbeat all over Europe to go to war.  It ended with the calamity that we call World War 1.

Here’s something from the first chapter: “Even if our age has become riddled with evil, even if death runs rampant on the earth, we will not accept these as final facts.  We must not sleepily say, ‘It is the Lord’s will.  What will be, will be.’”[3]

In the face of the immensity of problems—the immensity of sin—sometimes we can get paralyzed.  We can retreat into a bunker mentality.  We fall prey to fatalism, which is to say, “We have no control over what’s happening.  There’s no use in worrying about it.  It’s just our fate.”

Our medieval brothers and sisters had a name for this affliction, or something very similar to it.  It was one of the seven deadly sins.  It’s our old buddy, “sloth.”  In Latin, it’s acedia, and it literally means “absence of caring.”  It’s more a sin of omission than commission.  It’s a failure to use our gifts for the service of God and for each other.  Unfortunately, America can be seen as a vast wasteland of sloth.  We’ve been given so much, and yet…

In the chapter “He Conquers Sin,” we read how Blumhardt addresses the social and political conditions of his day.  “Apart from God,” he says, “we will not be able to do away with the discord in our hearts and the discord between us.  Sick in mind and body, we have no hope of creating a healthy world.  Inwardly and outwardly unclear and confused, torn by emotions and passions, we cannot form a society of truth and justice.”[4]

Unless we ourselves are transformed, how can we hope to transform our community and our world?  We would be in the position of Jesus in our gospel reading, when “the devil took him to a very high mountain and showed him all the kingdoms of the world and their splendor; and he said to him, ‘All these I will give you, if you will fall down and worship me’” (Mt 4:8-9).

There’s a problem with that, though.  Something from within the creation (in this case, the devil—it could be a number of other things) can’t possibly bring about the change needed for a society of truth and justice.  It’s all part of the sickness.  Neither can the promises of politics or science or religion itself bring about a society of shalom.

So how can we break the cycle?  How do we welcome the power from outside of creation?  How can we find the healing for the sickness within ourselves and within our world?  Our psalmist seems to be onto something:

“While I kept silence, my body wasted away through my groaning all day long.  For day and night your hand was heavy upon me; my strength was dried up as by the heat of summer.  Then I acknowledged my sin to you, and I did not hide my iniquity; I said, ‘I will confess my transgressions to the Lord,’ and you forgave the guilt of my sin” (vv. 3-5). 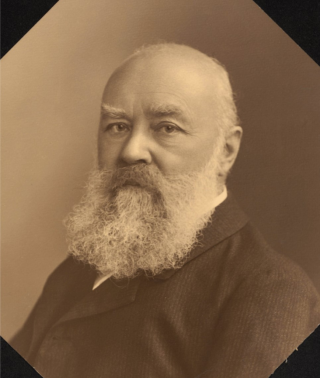 He realizes that he doesn’t have within himself what he needs.  People have said that he has been sick, he has been in pain, he has unconfessed sin, and who knows what else.  He begins his meditation by acknowledging, “Happy are those whose transgression is forgiven, whose sin is covered” (v. 1).  The psalmist has felt liberation with openness to God.

So it becomes a question of opening ourselves to God.  That can be easier said than done.  In his book, Blumhardt says, “The greatest obstacle to the kingdom of God is us and our clever solutions.  Self-will leads so many people and so many nations to destruction.  Not even our Christian institutions are very helpful.  Too much pride has crept into them.”[5]  Pride?  What is he talking about?

I remember a time years ago, when I lived in Tennessee.  The youth pastor at our church was talking about a meeting he attended with fellow youth pastors.  He said they were all trying to outdo each other by talking about how fired up their youth groups were.  I told him he should have said, “So what?  Our group raised somebody from the dead!”

Thankfully, in our churches, we’re not infected by that vying for power and prestige!

Is it possible that we don’t want to give up “our clever solutions”?  And if that’s so, why would that be the case?  I wonder, could it be a question of control?  Maybe that’s part of it.

Our writer suggests something else.  “This is actually what Jesus demands of us:  Fight against your own selves!”[6]  Earlier I mentioned fatalism, paralysis, when facing the problems of the world, including those we see on a daily basis.  We may want to just throw in the towel.  We may not even want to hear how things could be better.  We don’t want to hear about it, because that might take away our excuses for not getting involved.

However, as we might expect, the psalmist has a word from the Lord to us on that point.  “I will instruct you and teach you the way you should go; I will counsel you with my eye upon you.  Do not be like a horse or a mule, without understanding, whose temper must be curbed with bit and bridle, else it will not stay near you” (vv. 8-9).

So I guess it’s up to us as to how stubborn, how boneheaded, we want to be!  And I might qualify for being at the top of that list.

I’ll include one more quote from our friend Christoph to emphasize this.  “Even when suffering under terrible evil, we don’t devote our energies to getting to the root of it.  Instead, we skim off the nearest misery from the surface of our distress and bring that to God, saying, ‘Help me here, and then I will be happy once more!’  As though that could help.”[7]

I can’t speak for anyone else here, but I know that I’ve taken that approach.  It’s the approach that seeks a bandage on the wound, a temporary solution.  It’s a mentality that doesn’t desire true healing.  It says, “Just patch me up and let me go!”

What would cause such reluctance to whole-heartedly give ourselves to what, and who, we claim to believe?  Is it possible we realize we would really need to make some lifestyle changes?

I’m reminded of something I read several years ago.  Glen Bengson, a Lutheran pastor from Ohio (now retired), and a member of Bread for the World, tells the story of a visit by a doctor from Tanzania.

He says he “once visited our area for ten weeks, going from one congregation to another.  He was astounded at our medical facilities, not to mention the general level of wealth in the United States.  Visiting an emergency room with each patient area equipped with oxygen outlets in the wall, he told how his hospital, with 200 beds, had only two oxygen tanks, and one always had to be on ready in the surgery unit.  He heard the litany ‘God bless America’ and was puzzled.  ‘God has already blessed you so much.  Do you want more?’”[8] 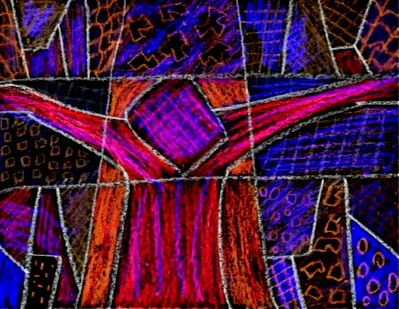 Today is the first Sunday in Lent.  People often speak of things they’re “giving up” for Lent.  And there’s no question that there are plenty of things that we would be wise to give up.  But Lent is about renewal, repentance, reforming.  What better time to re-examine our lifestyles than during the Lenten season?

Since we’re still at the beginning of Lent, I want to sound a theme that goes with Ash Wednesday.  In Matthew 6, Jesus warns about “practicing your piety before others in order to be seen by them” (v. 1).  But earlier, in chapter 5, he says to “let your light shine before others” (v. 16).  What’s the difference?

I realize that there are plenty of ways to approach this, but here’s an idea.  There are many public displays of faith, be it leading prayer in a group, feeding the hungry, peacefully demonstrating, visiting the sick and the prisoner, whatever.  So if you’re hoping others will notice and think you’re spiritual, even if you are helping people, your motives are still messed up.

However, if you’re reluctant to live out your faith before others, that’s a different problem.  If you’re embarrassed and don’t want to look like a fool for Christ, then by all means, you need to do it!  This is the season for some Lenten foolishness! 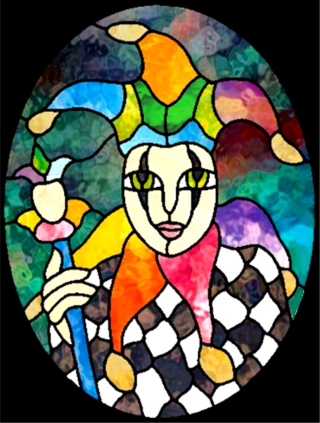 And the more we get used to Lenten foolishness for Christ, the less imposing those problems of the world seem to be.  We take them in bite-sized amounts, which is really the only way things get done.  And we can sing along with the psalmist, “Be glad in the Lord and rejoice, O righteous, and shout for joy, all you upright in heart” (v. 11).

That’s a good song to sing, even if we feel foolish while doing it.