When I started planning this sermon, the local paper reported that southern Cayuga County was experiencing “moderate drought.”  (The scattered showers we’ve had since then have provided little help, at least where we live.)  I know that Banu and I aren’t the only ones who can testify to having brown, crunchy grass in the yard.  And we’ve seen some crops that looked mighty thirsty.

When we lived in Nebraska, excessively dry weather sometimes led to grassfires.  On one occasion, a spark from someone’s pickup truck started a fire that raged all night.  We had been serving as workers at our little town’s youth center, and after closing, a couple of the kids whose parents were helping out with the fire, waited at our house for a while.  (So we had a grassfire get-together!)

I’m sure plenty of you have your own stories to tell about drought, whether moderate or severe. 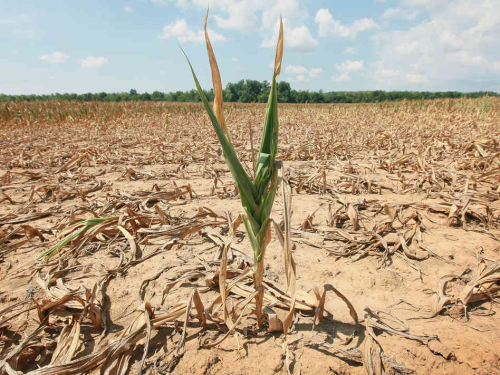 Maybe you’re wondering why I begin with drought.  That’s pretty dry and dusty stuff, isn’t it?  How about something more mouthwatering and juicy?  Sorry, I can’t help it.  The prophet Amos compels me!

Technically, in chapter 8 Amos isn’t talking about drought; famine is what’s on his mind.  Admittedly, drought isn’t the only thing that causes famine.  Scarcity of food has its genesis in a number of distasteful things.  That includes poor agricultural practices and misguided political policies.

And on the point of governmental goings-on, sometimes they are well-meaning but terribly conceived and poorly executed.  On a darker note, sometimes political leaders have a deliberate intention to artificially create famine—hunger as an instrument of public policy.

Then of course, there’s war.  Nothing works in ravaging a country and spreading starvation like war.

So, those are the cheerful thoughts that came to mind while reading the prophet Amos!

Here’s a quick background on Amos.  He lives in the northern kingdom of Israel, which by the way, split apart from the southern kingdom of Judah about 200 years earlier.  Amos is active as a prophet during the time of King Jeroboam II, who reigned from 786 to 746 BC.  During Jeroboam’s time, Israel enjoys military might, territorial expansion, and economic prosperity.  Happy days are here again!  Life is good.

But it’s more than simply good.  Because of their affluence, many of the people, especially the elites, believe that God’s blessing rests on them.  And more than that—they deserve that blessing.  Seriously, how could they not, considering the way they so richly fund the national shrines?

Unfortunately, and perhaps not surprisingly, this wealth has been accumulated on the backs of the poor.  Fulfilling the prophetic role to comfort the afflicted and to afflict the comfortable, in chapter 5, Amos brings the word to those who think their religiosity pleases God.  “I hate, I despise your festivals, and I take no delight in your solemn assemblies” (v. 21).

As we get to chapter 8, that theme is infused with some really colorful images.  (I think “colorful” is a good word to use!)

It begins right away with a pun, a play on words.  (You do realize that the noble tradition of the pun is enshrined in the words of the Bible?  It’s all over the place.)

In a vision, God asks Amos what he sees.  It turns out that it is a basket of summer fruit.  The Hebrew word for “summer fruit” is קָֽיִץ (qayits).  God’s response is “the end has come upon my people Israel” (v. 2).  The word for “the end” is הַקֵּץ֙ (haqqets).  qayits…qets.  “Ripe fruit…the time is ripe.”  (I like that!)

The “colorful” language continues with wailing and dead bodies being cast out.

Amos puts those wealthy folks on notice.  They’re saying, “When will the new moon be over so that we may sell grain; and the sabbath, so that we may offer wheat for sale?  We will make the ephah small and the shekel great, and practice deceit with false balances” (v. 5).

I like how they’re itching for the end of the new moon festival and for the sabbath to be over.  They can’t do business at those times.  They want to get back to gouging their customers.

Once upon a time, people could enjoy Thanksgiving without having to get up extra early the next morning.  Unfortunately, stores began opening earlier and earlier on what has come to be known as “Black Friday.”  I guess some of the boys in the corporate offices figured letting a few extra dollars get away was too much to bear.

Please understand, I’m not saying these business practices are unscrupulous, unless you consider denying a good night’s sleep to be unscrupulous.

In the next few verses, the colorful images become overshadowed.  Darkness and sorrow are the prophet’s themes.  “Friends, you’ve had a good run with Jeroboam at the helm.  But party time is almost over.  This pleasure cruise is about to become a ship wreck.”

Then we come to the final part of the chapter, which is my main focus.  “The time is surely coming, says the Lord God, when I will send a famine on the land; not a famine of bread, or a thirst for water, but of hearing the words of the Lord” (v. 11).  So this isn’t a literal famine, like I was talking about earlier.  This is spiritual famine.  This is famine that inflicts hunger and thirst on the soul.

Just as with literal famine, people become disoriented and disconsolate.  “They shall wander from sea to sea, and from north to east; they shall run to and fro, seeking the word of the Lord, but they shall not find it” (v. 12).  Another translation says, “People will stagger from sea to sea” (New Jerusalem Bible). 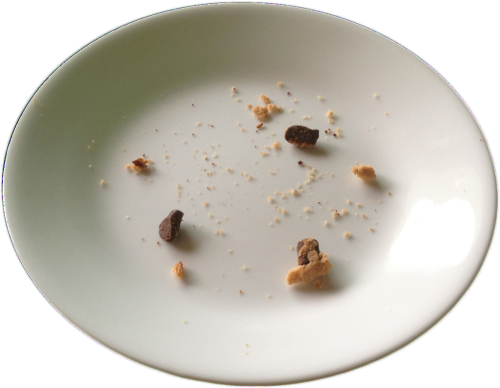 I will send a famine on the land, a famine of hearing the words of the Lord.  This sounds like a deliberate plan on God’s part.  How could that be?  Why withhold the word?  It sounds like the people need that life-giving substance more than ever.  Doesn’t God love the people anymore?

I’ve sometimes heard of being inoculated against the word of God, against the gospel of Jesus Christ.  It’s inoculation in the sense of being given enough of it in weakened form to build up our immunity.

The idea is being deluged, inundated, stuffed to the gills (nice words while thinking about famine!).  It is being in an atmosphere in which the word is pervasive: on billboards, on bumper stickers, on clothing, on knick-knacks, on Facebook, and so on.  Don’t get me wrong; I’m not saying that stuff is bad.  Banu and I have some clothing and knick-knacks with scriptures on them.

Still, we have to guard against manipulating the word so that it loses its power.  It becomes a question more of trappings than transformations.

That’s one reason why God might, so to speak, withhold the word.  It’s important to avoid self-deception.

A more serious concern is what Amos addresses.  There is often an attempt to use the word of God as a shield or a weapon.  It begins with self-deception but escalates into keeping others down, politically and socially.  The word is shown to be empty; it becomes useless when justifying ourselves.  We can quote the letter of the law while violating its spirit.

In a phone call with my mother, I referred to our recent “week from hell” as a nation.  Two high-profile killings of black men by police, followed by the murders of five officers, to me, constitutes a week from hell.  Sometimes current events oblige us to speak, and I feel like this is one of those times.

Regardless of your opinion of him, or of his speech in Dallas last Tuesday, President Obama did make some points that I think bear repeating.[1]

He said he was “reminded of what the Lord tells Ezekiel.  ‘I will give you a new heart,’ the Lord says, ‘and put a new spirit in you.  I will remove from you your heart of stone, and give you a heart of flesh.’

“That’s what we must pray for, each of us.  A new heart.  Not a heart of stone, but a heart open to the fears and hopes and challenges of our fellow citizens.”

His primary point was the racism that still endures in our country and the pain and violence of many sorts that flows in all directions from it.

Moving away from that speech and the president who uttered it, we still have (as just one example) the sin of racism and the way we participate in it.  To some extent, we all deal with that sin.  America didn’t invent racism; we’ve just done a good job of institutionalizing it.  Racism isn’t simply racial prejudice among individuals; it is a system.

How do we refuse to hear the word of the Lord?  It happens in many ways.  It doesn’t have to be as dramatic as blowing stuff up or having a bonfire with Bibles as the kindling!  In a less forceful way, it doesn’t have to be something we deliberately set out to do.  We need not consciously say, “I will not listen to that.”

Much, if not most of the time, it just happens.  We just get caught up.  We fill our minds with everything except the word.  We fail to take heed of that wisdom; we pay attention to voices of trivia.  I fall into that myself.  Sometimes a jingle in a commercial or a song played in the background at a store gets stuck in my head.  I might dwell on it all day or all week.  (I especially hate it when it’s a song I don’t like!)

Sometimes we live our whole lives that way, sleepwalking through life.

There’s a quote by Thomas Merton that I have loved for many years.  He talks about moments when we wake up “and discover the full meaning of our own present reality.”[2]  Regarding such a moment, he says, “In the light of such an experience it is easy to see the futility of all the trifles that occupy our minds.  We recapture something of the calm and balance that ought always to be ours, and we understand that life is far too great a gift to be squandered on anything less than perfection.” 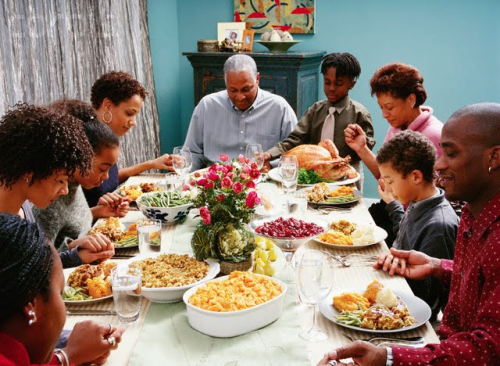 We squander our lives when we refuse the word of life.  To return to the imagery of the prophet, we go hungry, we starve, we needlessly endure famine, while a feast is within reach.

So, avoid refusing the word of life.  Don’t settle for crumbs, while that succulent feast beckons!  Here’s a crazy thought: actually read the word.  Read the scriptures.  Don’t race through them; that’s hardly the best approach.  Let the word of the Lord soak into you.

Come with expectation.  Open your mind.  Let “the trifles that occupy our minds” be put on a starvation diet.  See what changes our Lord can make.  Move from famine to feast.