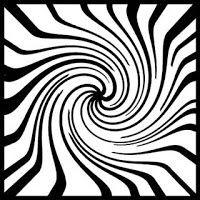 In Revelation chapters 15 through 18, we’re presented with John’s vision of the seven angels with the seven last plagues, the seven bowls of God’s wrath, and the fall of Babylon. If you think we’ve been on a wild ride so far in Revelation, hold on to your seats, because things are about to get really crazy.

For John and the early church, “Babylon” was a code word for “Rome.” The persecution by Roman authorities was his generation’s experience of the evil of Babylon, which had been burned into the biblical tradition. As we’ve seen, John is steeped in the prophetic writings, and he makes ample use of them in portraying the diabolical nature of the state’s behavior toward the church.

But of course, this isn’t just about the Roman Empire. In Breaking the Code, Bruce Metzger notes, “Babylon is allegorical of the idolatry that any nation commits when it elevates material abundance, military prowess, technological sophistication, imperial grandeur, racial pride, and any other glorification of the creature over the Creator. In these chapters we have an up-to-date portrait of what may occur when we idolize the gross national product, worship growth, and become so obsessed with quantity that we ignore quality.” (88)

The problem with building a society that way: important warning signs are missed. Even though it is apparently quite powerful, the seeds of its destruction are being sown. As a result, notice in chapter 18 that “Fallen, fallen is Babylon the great!” (v. 2). For those not paying attention, its fortunes are suddenly reversed. Disaster comes “in one hour” (v. 10).

After commenting on how “the merchants of the earth weep and mourn for her, since no one buys their cargo anymore,” John provides an import-export list, demonstrating the economic might. The list ends in verse 13 with the items, “slaves—and human lives.” The immediate context would include those forced to satisfy various lusts—those compelled to work in the sex trade, and those compelled to fight as gladiators in the arena.

We can’t so easily dispense with that last item, “human lives.” We have to ask ourselves in what ways do we still trade in human life? How do we still commodify each other? Following along with verse 23, in which “all nations were deceived by your sorcery,” are we also spellbound?

a future… and a future

During this year (2015), Banu and I have quite deliberately entered into a state of transition.  (That’s aside from the transition which is part of life itself.)  We are ordained ministers, who for the first time in our ministry are not pastoring a parish.  (Perhaps we can better appreciate John Wesley’s quote, “I look upon all the world as my parish.”)  To be sure, we now have a different take on the future.  There’s a sense of adventure—with a dash of unsureness!

In any event, all of us are presented with versions of the future—some cynical and hopeless, others confident and hope-filled.  There are two images found in the scriptures which have quite different visions of the future.

In Isaiah 39, King Hezekiah of Judah welcomes envoys from Babylon.  Wanting to show that he’s no minor leaguer, he gives them a grand tour; he shows the wealth that he commands.  The prophet Isaiah hears about the visit, and when he finds out that they’re from Babylon, he is alarmed.  He warns the king that these boys will not be content to leave Judah alone.  In the not too distant future, the Babylonians will be back, and it won’t be a friendly visit!  To underline his point, the prophet says, “Some of your own sons who are born to you shall be taken away” (v. 7).

One would think the king might take that a bit seriously.  However, here’s how the chapter ends:  “Then Hezekiah said to Isaiah, ‘The word of the Lord that you have spoken is good.’  For he thought, ‘There will be peace and security in my days’” (v. 8).

I once used this story in a high school baccalaureate service.  The message was basically how not to approach the future.  Don’t imitate Hezekiah.  The king is okay with what Isaiah tells him.  As long as things don’t fall apart while I’m still breathing, that’s fine!  Let future generations clean up after me. 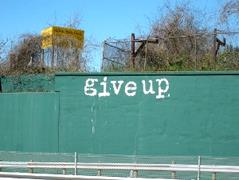 There is always the temptation to lose faith in the future, whether we think of it as our own contribution and responsibility, our trust in promises of God, or perhaps our collaboration with the unfolding evolution of the cosmos.

If Hezekiah’s version of the future is unfaithful, we can see a very different version in the book of Jeremiah.  The day that Isaiah feared has arrived.  The tiny land of Judah has been swept up in the expanding Babylonian Empire.  The prophet Jeremiah has warned his people that fighting the Babylonians is useless.  However, they can still mend their corrupt ways, but that’s not something many people want to hear.  With war, the destruction of the temple, and people being sent into exile, the future seems bleak indeed.

His highly unpopular message has seen Jeremiah forced to endure mocking, ill-treatment, arrest, and even torture.  More than once, he succumbs to despair.  Nonetheless, he manages to retain a thread of hope. 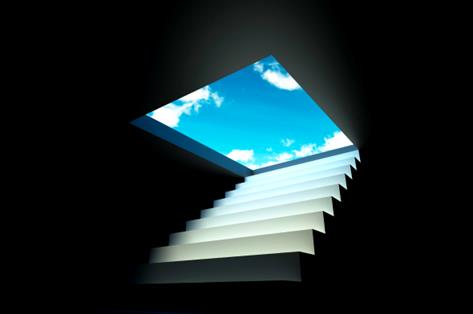 Nowhere is that better exemplified than when he sends a letter to the exiles in Babylon.  Though they might understandably become locked in bitterness, the prophet has a word from God to inspire confidence in the future.  In chapter 29, the people there are encouraged to embrace what could be called “the new normal.”  The word is to “seek the welfare of the city where I have sent you into exile, and pray to the Lord on its behalf, for in its welfare you will find your welfare” (v. 7).  In a verse whose context is sometimes forgotten, we hear, “For surely I know the plans I have for you, says the Lord, plans for your welfare and not for harm, to give you a future with hope” (v. 11).

So while Hezekiah’s vision of the future may euphemistically be called “blind,” Jeremiah’s vision is flooded with the burning fire that he says is “shut up within [his] bones” (20:9).

How is our vision of the future?  Are we heading toward a dead end?  Are we running on a treadmill?  Do we wonder what we will leave to generations to come?  Do we even think about it?

Do we greet the new day with joy?  (Please note that I’m not referring to joy as simply an emotional state, but as a spiritual and deeply aware state.)

Do we long for the future, understanding that the future begins right now?