I realize that people tend to think of the Labor Day weekend as the end of summer, and from a tourist perspective, maybe that’s so.  Not to be picky, but it is at the autumnal equinox.

To the extent that people have feelings associated with the end of summer, they often tend to be of a wistful, melancholy variety—a longing for those warm breezes and carefree nights.  As a kid, I had those feelings, along with a certain dread at having to go back to school.  But I also looked forward to fall, because that’s football season!  Even now, the first days of cool weather remind me of the fun I had playing that game.  Every year, at some point in time, I catch a scent or a feeling that fall really has arrived.  (It hasn’t happened yet.)

I’m reminded of a song by the sixties group the Doors.  They had a song called “Summer’s Almost Gone.”[1]  (And to avoid disparaging the late Jim Morrison, I won’t sing this!) 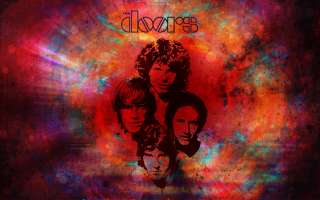 Jeremiah 8 has an expression in which the people, realizing that summer is over, consider it an evil omen.  “The harvest is past, the summer is ended, and we are not saved” (8:20).  Some say this refers to the drought mentioned in chapter 14.  Others see it as a saying that Jeremiah uses to sum up the mood of the people.  Maybe both are true.  One thing is sure: the impending invasion of the Babylonians has people wondering what to do.

We see the prophet’s torment because of all the disaster happening to the people.  Jeremiah utters his laments, his jeremiads.

“My joy is gone, grief is upon me, my heart is sick” (8:18).  “O that my head were a spring of water, and my eyes a fountain of tears, so that I might weep day and night for the slain of my poor people!” (9:1).  That fits right in with Jeremiah’s nickname, “the weeping prophet.”

He truly loves his compatriots, even though they haven’t shown much love to him.  In return for his desperate hopes and prayers that they’ll listen to the truth, Jeremiah’s been given ample helpings of all kinds of abuse: mockery, beating, and imprisonment.  His words have been twisted to make him sound like the enemy of the people. 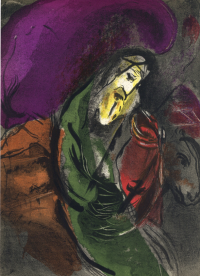 There are those who would say that the prophet is a fool to get so worked up over the fate of this bunch.  After the way they treated him, they deserve all the pain coming their way!  Why should he care what happens to people who’ve made his life hell?  Besides, it’s not like his tears are going to do any good anyway.

There are at least two responses to all this.  First, Jeremiah isn’t naïve.  He clearly knows the nature of the people he grieves, both the few who’ve been kind to him and the many who haven’t.  Continuing in chapter 9, we hear his cry: “O that I had in the desert a traveler’s lodging place, that I might leave my people and go away from them!  For they are all adulterers, a band of traitors” (v. 2).

Jeremiah would like to have a place way out in the wilderness.  It would be nice to separate himself from all the villainous stuff going on.  He would like to get away from it all.  Get some peace and quiet.  Jeremiah needs to get a Land Rover or maybe an ATV.

Still, having said that, the prophet’s care—his sorrow—does accomplish something.  There is a certain wisdom gained.  We do learn from grief things we can’t learn in any other way.  I imagine that’s a class no one’s in a hurry to sign up for!  But if Jeremiah were to harden his heart—if he were to say goodbye to compassion—he would become less human.  That goes along with the call which came to him as a youngster: “Do not be afraid of them, for I am with you to deliver you, says the Lord” (1:8).

Jeremiah wails, “For the brokenness of the daughter of my people I am broken, I mourn, and horror has seized me” (8:21).  For their brokenness I am broken.

We are all familiar with twelve-step groups.  There are Alcoholics Anonymous, Al-Anon, Narcotics Anonymous, Gamblers Anonymous, and others.  I have attended one AA meeting.  Our church in Jamestown hosted a group.  I asked permission to be there for the beginning of the meeting.  I made sure to leave before they started sharing personal stuff. 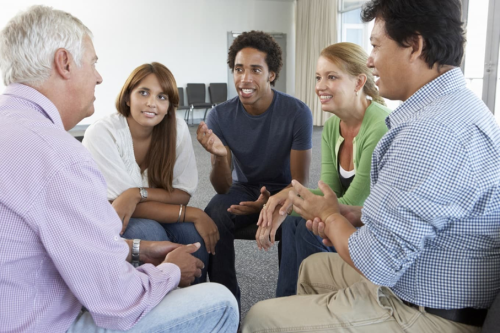 I will confess I have a bit of a problem with the idea saying, “Once an alcoholic, always an alcoholic.”  I understand there are medical, psychological, even spiritual components involved.  It’s not something to take lightly.  But it seems to me if we always refer to ourselves as an alcoholic, we make it part of our identity.  There is a sense in which we can own a disease or an addiction.

I remember when I was in seminary taking a program called Clinical Pastoral Education.  It’s required for ordination as a Presbyterian minister.  For most people, it involves an internship as chaplain, usually in a hospital.  At our first meeting, we began with introductions.  One of our members was a lady who literally said, “I am cancer.”  (Not, “I have—or have had—cancer.”  Or, “I am a survivor of cancer.”)

Now that is a case of making a disease your identity.  She eventually gave us her actual name!

Without a doubt, we are all broken in various ways.  We sin, and we need a savior.  Nonetheless, if we take brokenness as our identity, the defining characteristic of who we are, does that mean we will remain broken?  Here’s an unsettling question: do we come to embrace our brokenness?  Do we begin to love it?

Jeremiah seems to recognize this.  He looks at those around him and concludes, “They all deceive their neighbors, and no one speaks the truth; they have taught their tongues to speak lies; they commit iniquity and are too weary to repent” (9:5).  In the Revised English Bible, that last line reads, “deep in sin, they weary themselves going astray.”

They’ve basically said, “It’s hopeless; we’re too far gone.”  And that bit about teaching their tongues to speak lies can lead to a point where the moral compass is completely broken.  We lose the ability to discern right from wrong.  Thus we have verse 6: “Oppression upon oppression, deceit upon deceit!  They refuse to know me, says the Lord.”

The New Jerusalem Bible puts a disturbing twist on it.  “You live in a world of bad faith!  Out of bad faith, they refuse to know me, Yahweh declares.”

A world of bad faith.

Bryce Dallas Howard in a quirky take on social credit in the episode "Nosedive" on the series Black Mirror.

I would like to suggest one possible example of that is social credit.  For those who don’t know, social credit is a measurement of how good a citizen one is.  It originated in China with businesses and individuals scored on categories like charitable actions, care for the environment, proper online behavior, and many others.  There are some commendable aspects of social credit.  The problem comes with who determines what are positive and what are negative qualities—big tech, the government, our next door neighbor?

We see this system evolving in what have been democratic nations.

Libertarian writer Kristin Tate has commented on this.[2]  “The potential scope of the…social credit system under construction is enormous.  The same companies that can track your activities and give you corporate rewards for compliant behavior could utilize their powers to block transactions, add surcharges or restrict your use of products.  At what point does free speech—be it against biological males playing in girls’ sports, questioning vaccine side effects, or advocating for gun rights—make someone a target in this new system?”…

“Peer pressure, trendy movements, and the ability to comply with the new system with the click of a mouse combine all of the worst elements of dopamine-chasing Americans.  As it grows in breadth and power, what may be most surprising about our new social credit system won’t be collective fear of it, but rather how quickly most people will fall in line.”

It’s a short step, if we haven’t already reached it, for the power of public shaming to take hold.  We could be encouraged (or commanded) to report on each other, in the best tradition of totalitarian societies.  It is surveillance gone wild.  On the plus side, we can finally be excused for using our binoculars to spy on others.  After all, it’s our civic duty.

The prophet warns, “Beware of your neighbors, and put no trust in any of your kin, for all your kin are supplanters, and every neighbor goes around like a slanderer” (9:4).

We are wounded, and we wound each other.  How does one counteract slander, false reporting?  How often is a retraction issued which barely gets the coverage of the original sham story?

Our idols would kill us.  We discover these new shiny things, and they blind us in the glare.  The next thing you know, we have stumbled and fallen into a ditch—or off a bridge!

Still, there is healing.

On that matter, Jeremiah asks with dismay and disbelief, “Is there no balm in Gilead?  Is there no physician there?  Why then has the health of the daughter of my people not been restored?” (8:22).  Gilead was noted for its balm, produced by certain trees.  It was prized for its curative properties.  In the story of Joseph, his brothers sold him into slavery to a caravan traveling from Gilead.  Their destination was Egypt.  (I think we know the rest of the story.)  Among their cargo was the medicinal balm. 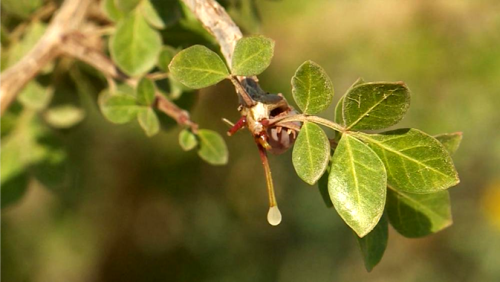 The harvest is past, the summer is ended, but salvation is at hand.