Home Wellspring
to whom do we listen? (hospitality or not?)
time

Cosmology.  Cosmology is the study of the origin, evolution, and future of the cosmos.  Cosmologists are the ones involved in doing that studying.  And surprise!  They don’t all agree with each other.  Just like humans in any other field, they have their own starting points and their own approaches. 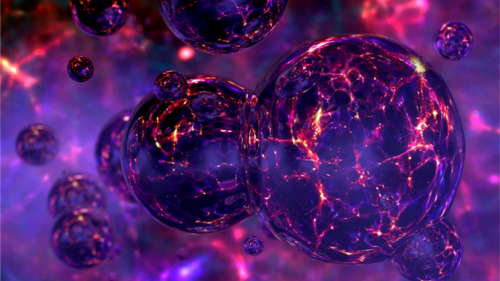 There might be many multiverses, maybe an infinite number of them.  There might be versions of us in other universes.  Our universe could be the size of an atom in a much larger universe.  And on the flip side, there could universes floating all around us at the subatomic level.  Some cosmologists suggest our universe could be a program in a computer—or a dream some being too vast for us to imagine is having right now!

What made me think about this business of multiple universes was something I read by Walter Brueggemann about our Old Testament reading in Jeremiah.  (I’ll be honest: I never thought that I would link the prophet Jeremiah with theories about a multiverse!)

Our scripture text is part of a longer passage that runs from verses 9 to 40.  Jeremiah is criticizing the false prophets who are leading the people astray.  According to Brueggemann, “Jeremiah lived [among] a variety of competing ‘truth claims,’ each of which purported to be a disclosure of Yahweh’s will.”[1]  They all have their ideas about what God wants and how the world works.

In studying the universe, cosmologists must continually examine and refine their versions of reality—some of which prove to be more real than others.  Jeremiah and the prophets who oppose him also present their versions of reality.  The question is, “Which better reflects the word of the Lord?  Who actually has heard from God?  Who has paid attention to God?”

And to bring this to us, we also have our own versions of reality.  We need to constantly examine and refine our versions.

So let’s see what Jeremiah is up against.

Jeremiah is living at a time in which his country, Judah, is gradually feeling the fingers of Babylon get tighter and tighter around their throat.

Ever since he was called by God to be a prophet, Jeremiah has had an unpopular message.  It’s not one that he’s been eager to give.  Basically, this is his message: don’t think that you’ll escape the Babylonians.  You might tell each other that we’ll get out of this smelling like a rose, but your actions have you stinking to high heaven!

We could look at the political and military aspects of this, how tiny Judah is on the highway between Babylon and the juicy prize of Egypt, like roadkill, but that’s not Jeremiah’s concern.  He’s concerned about the idolatry, the injustice, the wickedness he sees all around.  He’s concerned about the arrogance of his people, the arrogance of the leadership. 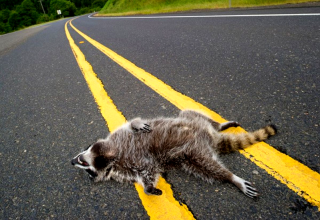 In chapter 7, Jeremiah goes to the gate of the temple and preaches what’s known as the “temple sermon,” one of his most shocking and outrageous acts.  He boldly proclaims, “Do not trust in these deceptive words.”  What is it he calls “deceptive”?  It’s something that seemingly every faithful, loyal person would agree with: “This is the temple of the Lord” (v. 4).  That’s what he says is deceptive.

The Revised English Bible has even stronger language.  “This slogan of yours is a lie; put no trust in it.”

It’s not that Jeremiah disrespects the temple or doubts it is the house of the Lord.  What upsets him is the way people superstitiously believe no harm can come to them.  They do this while ignoring the wishes of the one they supposedly worship in the temple.

Brueggemann says, “Jeremiah, against the other prophets, announced the end of Judah’s ‘known world.’  The prophets who opposed him tried in various ways to soften the massive judgment he anticipated.  Despite their protestations, that world did end as Jeremiah had announced.”[3]

[And unlike R.E.M. in their song “It’s the End of the World as We Know It (And I Feel Fine)”[4] those prophets did not feel fine.]

A week ago at the University of Michigan Medical School, as part of the graduation festivities, they held what’s known as the White Coat Ceremony.  [sorry, my mistake, it is not part of graduation!]  The highlight is a speech given by a faculty member selected by students and peers.  This year it was Dr. Kristin Collier.[5]  Several students walked out due to her pro-life views.  The reporting in the news of the event mainly focused on the controversy but ignored her eloquent words of wit and wisdom.

She didn’t use the term, but Dr. Collier spoke of versions of reality.  A couple of times, she jokingly said maybe she should have gone to business school!  She celebrated the humanities—anthropology, sociology, philosophy, theology, and others—as helping us ask “the big questions,” as she put it, about life itself, with all the gratitude and grief it carries.

She emphasized the danger of treating ourselves and patients like machines.  Beware of “seeing your patients as just a bag of blood and bones or human life as just molecules in motion.”  Dr. Collier said, “You are not technicians taking care of complex machines, but human beings taking care of other human beings.”[6]

She referred to Aristotle’s vision of types of knowledge, one of which is techne.  We get our words “technical” and “technician” from it.  She noted, “Traditional medical education often doesn’t teach health as shalom but health as techne.”  I will admit, her using the word shalom took me by surprise. 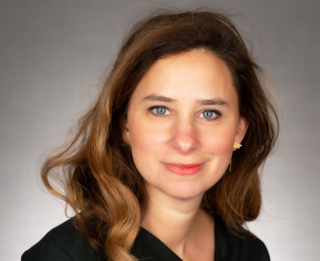 (On a side note, I afterwards discovered she had become a Christian, baptized many years after her husband.)

Collier said medical education too often emphasizes the technical aspects, rather than recognizing the patient as a human being, with all that includes.

Technology is well and good and vitally important, but shalom is the all-expansive blessing of peace and well-being pervading creation.  To recognize and to treat each other with holiness—that’s quite a version of reality!

Today’s scripture is less about Jeremiah’s woes than it is about the way the prophets bless what God does not bless.  Think about it: these are people who represent God.  That’s a lot of authority that can be used in either a good way or a bad way.  In their own way, they emphasize the technology of prophecy severed from the shalom which is its heart.

Verse 30 shows us just one way in which they’re being dishonest.  “See, therefore, I am against the prophets, says the Lord, who steal my words from one another.”  They’re engaging in a sort of divine plagiarism.  They’re using their computers to copy and paste—and pretend they heard it straight from God!  (By the way, I will let you know if I’m quoting somebody, as I did with Kristin Collier!)

But this is about more than a violation of copyright.  More is going on here.  And it goes to the heart of what it means to hear from God—and to pay attention to God.  It deals with our version of reality, as well as our willingness to let it be scrutinized by others.

In saying the prophets steal words from each other, we might suspect they’re locked into one way of thinking.  The true word of the Lord is too challenging for them.  It takes their version of reality and just blows it wide open.  But that’s a good and wonderful thing.  We need our versions of reality to be blown wide open!

At the same time, I know the Lord loves me too much—the Lord loves all of us too much—to leave us where we are.  The question is asked, “Is not my word like fire…and like a hammer that breaks a rock in pieces?” (v. 29).  Let the fire burn away the impurities; let the hammer chisel away the rough edges.

How does the word blow our version of reality wide open?  It certainly helps when we allow the Spirit the freedom to use the word in our lives.  There’s no better way to break out of a narrow-minded, marching-in-lockstep approach.  We need the Spirit to empower the word to lead us from our comfort zone (being safe and certain) and lead us into a new version of reality (being courageous and questioning). 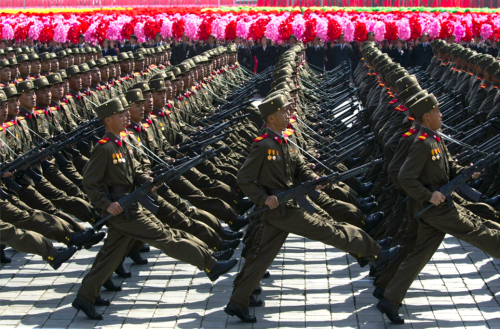 In Luke 12 someone comes to Jesus, wanting to triangulate him into a family spat over inheritance.  Jesus presents a different version of reality.  Are we possessed by our possessions?  Do not lose yourself, do not lose your way, over something empty and useless.

Jesus pushes us to ask questions.  We can’t grow without them.  Be careful, there are forces that would constrain us, narrow our focus, tell us lies.  Some of them choose us, and there are others we choose.  Let’s keep our versions of reality open.