Home Wellspring
on the road we have to travel
blessed release

We’re all familiar with Murphy’s Law, aren’t we?  It basically states, “If anything can go wrong, it will.”  I did a little bit of research to find out who this Murphy actually was.  There is more than one candidate.  Many people suggest Capt. Edward Murphy, an engineer in the US Air Force.  After a technician had made a mistake in wiring, Murphy claimed, “If there is any way to do it wrong, he’ll find it.”[1]

Others, like me, suspect an origin further back in history.  Understanding that Murphy is an Irish name, some say that the English pinned it on the Irish.  Of course, as a rule, the English have always held the Irish in the very highest regard, so it’s hard to believe they would do such a thing!

Whatever the case: if there’s anybody in the Bible who might possibly believe in Murphy’s Law, it would be the prophet Jeremiah.

Jeremiah lives at a time when the Babylonian Empire is knocking at the door.  People are nervous.  They fear destruction and exile.  And at the same time, injustice is rampant throughout the country.  As the prophet of the Lord, Jeremiah is given the task of opposing idolatry and corruption—speaking truth to power.  As true prophets do, his job is to afflict the comfortable and to comfort the afflicted.

Jeremiah does not have a happy life.  His social life is all but nonexistent.  Saying “yes” to God has meant for him dealing with name-calling and far worse: slander, beating, imprisonment.  After the Babylonians do invade, he’s labeled a traitor when he warns against fighting back.  Saying “yes” to God means that Jeremiah becomes public enemy number one.

One of the things I really love about this book is Jeremiah’s ruthless honesty about his calling and ministry.  In chapter 1, when he is called to be a prophet, we get a little taste of things to come when the Lord says, “Do not be afraid of them, for I am with you to deliver you” (v. 8).  Jeremiah knows that trouble is in store for him.  It’s not for nothing that he has been called “the weeping prophet.”

There are several poems in the book that are often called the Confessions of Jeremiah.  We have a reading from the first and the last ones.  In these poems, he sounds a lot like Job.  More than with any other prophet, we see in Jeremiah a picture of his inner being.  At times, he verges on the depths of despair.

As our friend Murphy might say, “If anything can go wrong, it will.”

Jeremiah feels like God has betrayed him, and he isn’t shy about letting God know it!  More than once, he decides that he’s had enough; he is not going to do this anymore.  Let somebody else do this job!  But he finds it impossible to stop.  Chapter 20, verse 9, has the perfect example of this.  “If I say, ‘I will not mention him, or speak any more in his name,’ then within me there is something like a burning fire shut up in my bones; I am weary with holding it in, and I cannot.” 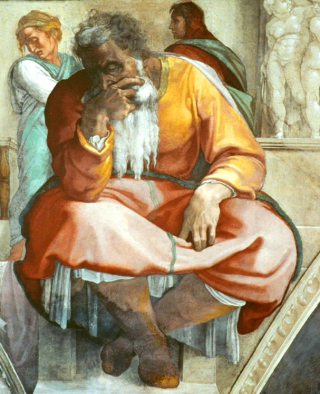 “The Prophet Jeremiah” by Michelangelo

The Contemporary English Version puts it this way: “Sometimes I tell myself not to think about you, Lord, or even mention your name.  But your message burns in my heart and bones, and I cannot keep silent.”

That’s a confession that only someone who is in love can make!  Jeremiah loves the Lord, but he’s also mad and disappointed.

In chapter 11, we see something that would have anyone wondering what’s going on.  The people of his hometown issue him a warning: shut up or change your tune—or you won’t like what’s coming!  It’s been said that they’re “shamed to the depths that one of themselves should undermine the very foundations of the nation by what he said, and should make himself the most hated man in the country.  So they threaten to murder him.”[2]

Jeremiah laments that he is “like a gentle lamb led to the slaughter” (v. 19).  That’s one of the comparisons people make between him and Jesus.

And at the end of chapter 20, we see him cursing the day of his birth.  There’s a comparison with Job.  He even curses the man who brought glad tidings of his birth to his father!  That wasn’t good news!  Why didn’t he just kill me?  “Why did I come forth from the womb to see toil and sorrow, and spend my days in shame?” (v. 18).

Of course, Jeremiah is far from alone in wanting to just call it quits.

A story is told about John Robertson, a 19th century minister in the Church of Scotland.  Having preached for forty years, he “decided one morning to resign.  He prayed: ‘O God, Thou didst commission me forty years ago, but I have blundered and failed and I want to resign this morning.’  But as he prayed and sobbed, he heard the voice of the Lord saying, ‘John Robertson…‘tis true you have blundered and failed; but…I am not here for you to resign your commission but to re-sign your commission.’  He went on to new and greater things in his ministry.  And so did Jeremiah.”[3]

After everything falls apart—after everything crashes and burns—after the Babylonians destroy the temple—Jeremiah has a message of hope.  The exiles, one day, will return.  Rebuilding will happen.  Of course, if he had just quit (speaking of the prophet and John Robertson), he wouldn’t have been able to give that message of consolation. 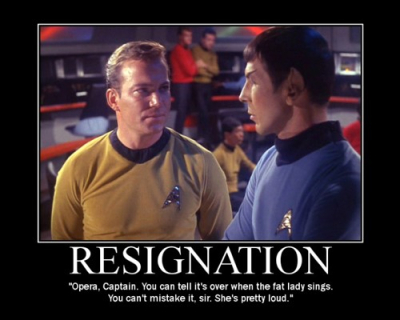 The Confessions are about stuff that happens to more than just one person.  They are about the community, the people of Israel.  And they’re also about us—all of us, in every time and place.  We haven’t gone through what the people in Jeremiah’s time do, but we also know what trauma and disaster are all about.

Clearly, the last two years have taught us a few things about that.

Some people say that we shouldn’t talk about the bad things that happen, certainly not in church.  I wonder, have they ever looked at a cross?

I’m sure none of you have ever experienced this, but sometimes when tragedy strikes, we can offer some unwanted explanations.  Stuff like, “God never gives us more than we can handle.”  Let’s ignore the fact that isn’t in the Bible—it’s an altering of something in 1 Corinthians about God giving us a way out of testing and temptation (10:13).  But aside from that, does that really help anyone?

This is among my favorite unhelpful explanations: when someone loses a loved one, especially if that person was young, I’ve sometimes heard that “God needed another angel in heaven.”  We should understand humans and angels are two completely different types of beings!  Aside from that, something far worse, in my opinion, is the funeral poem claiming, “God broke our hearts to prove to us He only takes the best.”  That seems to say nothing less than God is a monster.

Still, I think we can see that those types of remarks say more about the person uttering them than anything else.  When we’re at a loss for words, we too often offer things that are unhelpful and painful and stupid.  Maybe a better approach is simply to be present.

That leads us to the value of lament in the scriptures, with the example of Jeremiah’s Confessions.  Old Testament scholar Kathleen O’Connor says, “They give voice to profound fidelity because they keep communication with God alive in the midst of destruction and despair.”[4]

When it comes to reflecting on our fears and insecurities versus relying on God, I think it’s safe to choose the latter.  As a result, I think I like her advice better:

“Here is what to do in the pit of hopelessness.  Cling to God, even when God has slipped away from you.  Yell at the top of your collective lungs.  Hold tightly, mercilessly, and, with every ounce of strength, shout and scream at the deity…  Hold nothing back. Complain, protest, resist.  Reach into yourself to claim your experience and your capacity to see and name reality.  Rise up, ‘give God an account,’ and approach God ‘like a prince’ [or a princess] (Job 31:37).”[5]

The good news for Jeremiah is that he doesn’t remain in the pit of hopelessness.  His love of God is what sees him through.  It is precisely because he loves God that he’s able to say the things he does.  His honesty, joined with his love, is what honors that relationship.  It keeps the relationship alive. 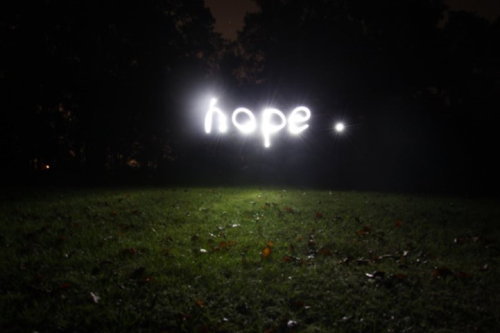 It might feel wrong to be angry with God, but that’s okay.  God already knows how we feel, and when something terrible happens, God is saddened even more than we are.  At the time, it might not seem that way, and that’s also okay.  We can be honest with God, and we also can make our confessions of ruthless love.

So it’s important to ask, for those of us here, how can we welcome expressions of lament?  How can we, as the apostle Paul advises, “Rejoice with those who rejoice, weep with those who weep”? (Ro 12:15).  It is more than appropriate for the church to do that.  It’s a sure sign that we are on our way to becoming the beloved community.

The Confessions of Jeremiah, as opposed to Murphy’s Law, is a good and faithful road to follow.