Home Wellspring
no contagion
you are very much deceived

When I think of hope, something that often comes to mind is a movie I once heard described as “a romantic movie for dudes,” The Shawshank Redemption.  Maybe that’s true.  What I can say is that it’s a film with great depth.

For those who’ve never seen it, The Shawshank Redemption tells the story of two men, played by Tim Robbins and Morgan Freeman, who portray characters locked up in Shawshank Prison in Maine.  Robbins’ character, Andy Dufresne, was wrongly convicted of murdering his wife.  Freeman plays Red, the man who can get you almost anything.

In one scene, we’re in the cafeteria when Andy, fresh out of solitary confinement, sits down with his friends.[1]  He was put there because he commandeered the public address system and played Mozart at full volume.  (By the way, the warden is a quite unpleasant and lawbreaking man.)  The guys ask Andy how he was—how he was able to keep going.  He speaks to them about music. 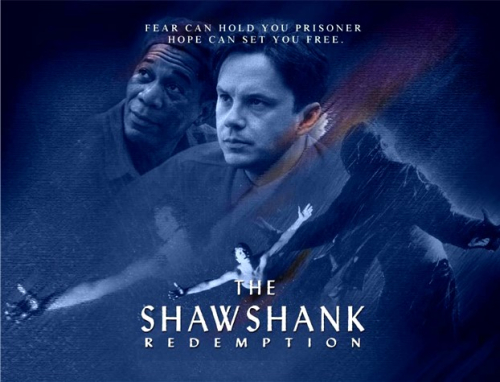 He says to them, “That’s the beauty of music.  They can’t get that from you.  Haven’t you ever felt that way about music?”

Red replies, “I played a mean harmonica as a younger man.  Lost interest in it though.  Didn’t make much sense in here.”

Andy pursues the dialogue.  “Here’s where it makes the most sense.  You need it so you don’t forget.”

“Forget that… there are places in this world that aren’t made out of stone.  That there’s something inside… that they can’t get to, that they can’t touch.  That’s yours.”

“What’re you talking about?”

“Hope?  Let me tell you something, my friend,” he says while wagging his spoon at him.  “Hope is a dangerous thing.  Hope can drive a man insane.  It’s got no use on the inside.  [That is, prison.]  You’d better get used to that idea.”

“Like Brooks did?”  Andy’s referring to an old man who spent almost his entire life in Shawshank.  When he was released, he was lost.  He was sent from the only home he ever really had.  Fear overwhelmed him, and he committed suicide.  Brooks saw no hope.

Red slams down his spoon and walks away.

That’s not the final word on hope we get in the movie.  Stay tuned for something more “hopeful.”  Still, Red was onto something when he said hope can drive us insane.  Or was he?

In Romans 15, St. Paul does an examination of hope.  He begins by speaking of the so-called “strong” and “weak.”  Very briefly, the strong recognize many things that don’t endanger one’s faith, such as observing ritual dietary laws, or failing to do so.  The weak believe the strong are going astray with their carefree attitudes.  The strong look down on the weak, and the weak judge the strong.

By the way, I wonder which category Paul places himself in?  My guess would be the strong!  Still, here is his directive: “Each of us must please our neighbor for the good purpose of building up the neighbor.  For Christ did not please himself; but, as it is written, ‘The insults of those who insult you have fallen on me’” (vv. 2-3).  And here is his basis: “so that by steadfastness and by the encouragement of the scriptures we might have hope” (v. 4).  That is our foundation; our hope isn’t subject to the wavering winds that would buffet us around.

Hope can save your life. 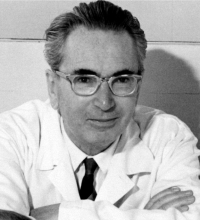 The psychologist Viktor Frankl wrote the book, Man’s Search for Meaning.  In it he speaks of his experiences while imprisoned at a Nazi concentration camp.  While there, he noticed that the “loss of hope and courage can have a deadly effect.”  He gives as an example something that the camp’s chief doctor pointed out.  “The death rate in the week between Christmas, 1944, and New Year’s, 1945, increased in camp beyond all previous experience.”[2]

The doctor believed the explanation “was simply that the majority of the prisoners had lived in the naive hope that they would be home again by Christmas.  As the time drew near and there was no encouraging news, the prisoners lost courage and disappointment overcame them.  This had a dangerous influence on their powers of resistance and a great number of them died.”  Their loss of hope was indeed fatal.

The loss of hope and courage can have a deadly effect.  It can deadly to others.  Those without hope are easy prey to fear.  Those who are fearful can be deadly to others.  Fear is contagious—much more contagious than Covid, or any other “contagion.”  The fear inside of us is highly transmissible.

Fortunately, there is an antidote to fear and hopelessness.  The apostle Paul says, “Welcome one another, therefore, just as Christ has welcomed you, for the glory of God” (v. 7).  He is speaking first of all about Jews and Gentiles, but the power of welcome spreads in all directions and in all ways.  It is impossible to welcome someone if you are afraid of them.  We often wind up putting up walls and erecting fortresses.

Or we just hide behind the curtains and pretend like we’re not at home. 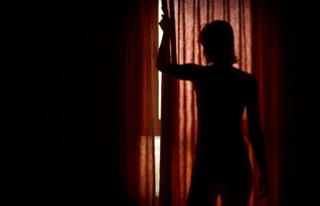 To his point about Jews and Gentiles welcoming each other, Paul quotes and paraphrases scriptures from the Old Testament.  He wants to demonstrate how Gentiles are encouraged, and indeed called, to worship the God of the Jews.  He shows how all of them (and us) are pointed toward the Messiah.  He alludes to Isaiah in verse 12 and uses this messianic interpretation: “The root of Jesse shall come, the one who rises to rule the Gentiles; in him the Gentiles shall hope.”

With verse 13, we come to the end of the passage.  It is Paul’s grand and glorious benediction; he pronounces this blessing.  “May the God of hope fill you with all joy and peace in believing, so that you may abound in hope by the power of the Holy Spirit.”  There’s a buffet of tasty treats in that verse.

Here’s one quick example.  Since March, our church has had signs along South Street and MacDougall Street telling those passing by we’re open every Sunday at 10am.  Every now and then, I’ve wondered if it’s time to take the signs down.  They’ve been up long enough, haven’t they?

Of course, in recent weeks, some churches have taken steps back toward the lockdown we had for so long.

A few minutes ago, when talking about Viktor Frankl, I noted how the prisoners’ loss of hope was fatal.  In this past year and a half, we have learned too much about fatality, courtesy of Covid.  But there has been fatality of a deeper nature.  There has been a fatality to faith.  It goes beyond the extended lockdowns.

A shroud of depression and apprehension has descended upon us.  I spoke of fear and of the fearful.  We’re being fed a diet of fear and anger.

A few days ago, I was watching Zombieland: Double Tap, the sequel to Zombieland (neither of them being the work of art that The Shawshank Redemption is).  Banu and I remarked on how zombies are unable to think (and hope means nothing to them), yet they are ravenous.  They only live—so to speak—to eat.  They spread fear, and yet, they’re not even aware of doing that. 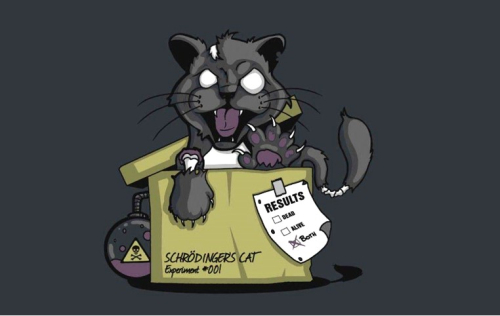 I think to myself and wonder, “Yikes!  How often do I imitate a zombie?  (Well, not to the point of devouring human beings, at least not in a literal sense!  It’s about being unthinking and oblivious to hope.)

Let’s get back to our signs.  With so many churches in a semi-lockdown mode, I think they are a statement of a defiant and holy hope.  We take sensible precautions, but we don’t give in to fear.

However, this doesn’t happen all by itself.  It happens “in believing.”  In other words, we orient ourselves to that same humble and confident expectation the apostle demonstrates.  There are always the voices, both within and without, that would distract and would have us rest and rely on our own strength.  With belief, there is a sense of knowing, a strong awareness of trust.  Still, we might sometimes feel like the man in Mark 9 with a son in need of healing.  He cries to Jesus, “I believe; help my unbelief!” (v. 24).

I promised something hopeful from The Shawshank Redemption.  Skipping a lot of important details, Andy escapes from prison, and in the movie’s iconic scene, he raises his hands in the driving rain.  It reminds me of baptism.  Anyway, he has spoken to Red about a town in Mexico where he plans to go.  Years later, Red is released on parole.  He remembers the promise he made to Andy to go see him if and when he left Shawshank. 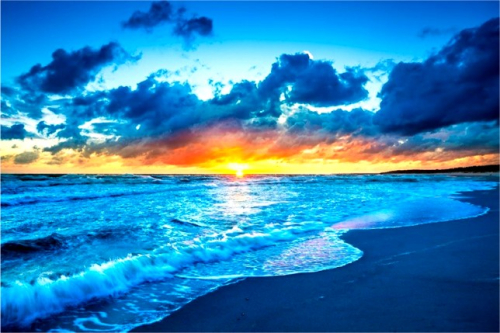 We hear Morgan Freeman’s voiceover as Red takes a bus cross country.  “I find I’m so excited, I can barely sit still or hold a thought in my head.  I think it’s the excitement only a free man can feel, a free man at the start of a long journey whose conclusion is uncertain.  I hope I can make it across the border.  I hope to see my friend and shake his hand.  I hope the Pacific is as blue as it has been in my dreams.  I hope.”

Hope has saved Red.  Hope saves us; hope embraces us, as we welcome the Spirit—as the Spirit welcomes us.  Welcome one another, just as Christ has welcomed us.  What would happen if we welcomed hope and allowed it to grab us?  Are we ready to be transformed by hope?  What would that look like?

May the God of hope fill you with all joy and peace in believing, so that you may abound in hope by the power of the Holy Spirit.