Home Wellspring
what kind of father is that?
crimson detergent

Rarely does a scripture reading in a worship service last longer than a couple of minutes.  When it’s completed, we usually say something along the lines of, “This is the word of the Lord.”  The response is something like, “Thanks be to God.” 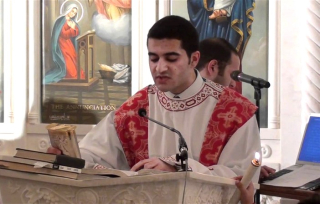 How about a scripture reading that goes on for six hours?  We see that in Nehemiah 8.  And then when it’s finished, could we have our proclamation, “This is the word of the Lord”?  And how should the people respond?”  “Thanks be to God?”  Well, they don’t; they are crying their eyes out!

(Hold that thought.  We’ll get into it in a few moments.)

For many people, Nehemiah may not be one of the better-known figures in the Bible.  He and Ezra (who might be a tad better known than Nehemiah) were contemporaries.  Both lived as exiles in the 400s B.C.  They both made the trip back to Jerusalem about a century after the first group the Babylonians forced into exile.  Nehemiah came from east of Babylon, from Persia.  He was a political figure, serving as a governor.  Ezra was a scribe, so he was a spiritual / religious figure.

Very quickly, they heard of the sorry state of the Jews who had returned in previous years.  The walls around Jerusalem lay in ruins.

Nehemiah oversaw the rebuilding of Jerusalem’s wall, despite the opposition of many enemies of other nationalities.  They didn’t like the idea of these Jews moving into the neighborhood and setting up shop.  It’s like when you have company, and they just keep hanging around.  It’s ten o’clock, then eleven o’clock.  You’re yawning and saying, “Well, it’s getting late.”  Midnight is approaching, and they still haven’t left.  Finally, you say, “Listen, I don’t want to be rude, but I need to go to bed.”

The enemies of the Jews were much more than rude.  They launched a campaign of intimidation—and some of it was violent.  However, their efforts failed.  Long story short, skipping a lot of events: the temple had been rebuilt a few decades earlier, though it seemed a pale shadow of the original one.  And yes, the walls also were rebuilt.

Some people see this chapter as the beginning of the faith we now call Judaism.  When the people were sent into exile, they couldn’t worship the way they had done for centuries.  There was no temple; they could no longer conduct temple worship.  What could they do?  They began to focus on the scriptures, the word of God.  Synagogues were formed, and they’re still around!  Gathering around the word in the synagogue was a forerunner to believers in Christ gathering in the church.  Christians would gather around the word, both written and living—and we’re still doing it today!

I mentioned listening to this six-hour scripture reading, but how about the ones doing the reading?  We skipped over the liturgists, folks like Mattithiah and Shema, and our old friends Bani and Akkub and all the rest of the boys!  They serve as translators from the Hebrew text to the Aramaic language, which everyone spoke.  (Aramaic lasted for centuries.  It was the language of Jesus.)  They also explain the meaning, so that everyone can see how it applies to them.

I also mentioned the people’s reaction.

Anathea E. Portier-Young has said, “Nehemiah 8 is one of the few places where Scripture talks about Scripture as such, showing us what happens when a community comes together to hear the written word proclaimed and interpreted.”[1]  I wonder what our reaction would be? 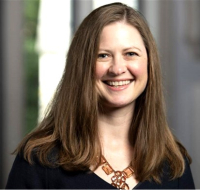 I wonder, have I done my job if my sermon reduces everyone here to tears?  (I suppose there could be more than one reason for that!)

So there’s a dark cloud of gloom.  These people have been beaten down, and it looks like it’s their own fault.

What do their leaders say to them?  It’s something they weren’t expecting.  “This day is holy to the Lord your God.”  Okay, it is holy, but we’re not sure what that means.  Where are you going with this?  Are we in trouble?  Is God about to lower the boom on us?  Then comes the rest: “do not mourn or weep” (v. 9).

We don’t understand.  We thought this would be a call for wailing and fasting, a time of deep lamentation.

But the good news is just getting started.  “Go your way, eat the fat and drink sweet wine and send portions of them to those for whom nothing is prepared, for this day is holy to our Lord; and do not be grieved, for the joy of the Lord is your strength” (v. 10).  That’s a lot to take in.  I wonder if they’re not like the psalmist, who sang to the heavens, “When the Lord restored the fortunes of Zion, we were like those who dream” (Ps 126:1).  We were like those who dream.  There might be those who are still crying, but now, these are tears of joy—tears of euphoria.  Far from being commanded to fast, the command is to have a party!

Likewise, the people in our text are also given actions in response: go, eat, drink, send portions to those in need.  Why should they do this?  Here we go again.  “[F]or this day is holy to our Lord; and do not be grieved, for the joy of the Lord is your strength.”

Dan Clendenin tells us, “As the Scriptures often do, the story…offers a counter-intuitive, counter-cultural, and subversive piece of advice: do not yield to the spirit of despair.  Do not default to gloom and doom.  Instead, choose the radical option of genuine joy.  Yes, eat the fat and drink the sweet wine.”[2]

I like the way he describes our default setting: gloom and doom.  As a nation, we are too often expected, we are too often told, to adopt that as our baseline.  That’s our starting point, our initial frame of reference.  Our news networks (I say “news” tongue-in-cheek) enjoy pointing at each other, almost like mirror images.  We are bombarded with “breaking news” and ordered to cry out, “Where is the outrage?”  The pundits angrily, childishly, and self-righteously assert that the other side won’t be happy until America is a smoking pile of rubbish.

Be afraid.  Be very afraid.

In the face of all that, how can we have the audacity to be joyful?  As Clendenin says, “The opposite of joy is not sadness or sorrow but anxiety.”  We are an anxious people.  We stir each other up, and we seek answers in a variety of ways.

I understand medicine has its place.  I myself take anti-seizure medication.  Still, we go way overboard, and we spend a lot of money.  (Quick side point: some pharmaceutical companies have raked in billions of dollars during this past year and a half.)  Too often, we rely on drugs to give us an artificial sense of joy.  Maybe we can relate to the 1970s punk rock group the Ramones, who sang, “I Wanna Be Sedated.” 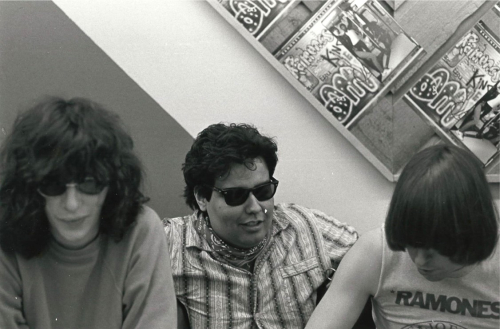 [During a visit to Austin, Texas in April 1983, my friend Rich met the Ramones at a record store. When he asked Joey Ramone if he could pose with them for a photo, he replied, "I dunno."]

Take the example of Jesus.  During his earthly life, his joy was something that could not be stripped from him.  He chose to not let it be taken.  Consider his exchange with Pontius Pilate, who told Jesus that his life was in his hands.  Jesus said in return that any power Pilate had was granted by his heavenly Father.  (See John 19:9-11.)

Those are not the words of an anxious man.

We see in the letter to the Hebrews that the cross, a method of execution reserved for the lowest of the low, was a sign of shame.  Jesus refused to wear the shame.  He disregarded it; he rejected it.  Even that horrific treatment could not tear away his joy.

How much less does it take for our joy to be snatched away?  The secret is found in the message to the people that “the joy of the Lord is your strength.”

I guess I don’t have to say we could sing about joy in ways a little less informal!

The point is, the joy of the Lord is very much a lifeline, a power source, a fountain of rejuvenating water.  But it’s more than something to request.

Portier-Young says, “The summons to joy is the great surprise of this passage and the summit toward which all its proclamation climbs.  This joy is so excessive its grammar refuses to contain it, for ‘the joy of the Lord’ can [truly] mean God’s own rejoicing over the people who have drawn near with attentive ear and heart.”

In other words, joy belongs to God’s very essence, aside from any request we might make for it.  The joy of the Lord as our strength is what gives us life.  We become immersed in joy.  We live in joy. 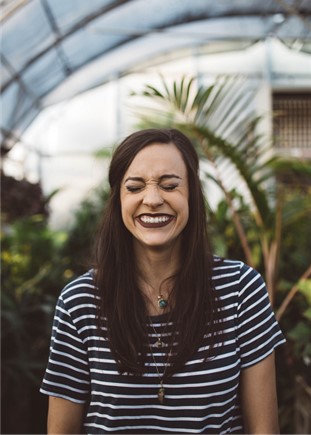 [photo by Brooke Cagle on Unsplash]

As suggested, there is much in our world today which desires to plunge us into anxiety, into dread, into constant nagging fears.  There are forces which employ shame and bullying.  Nonetheless, as he so frequently does in the scriptures, Jesus tells us, “Fear not.”

Likewise, when the congregation in Nehemiah hears the word of God, they are encouraged—they are ordered—to reject the shame, to reject the spirit of despair.  Their enemies are mighty.  There’s no question about that.  Still, they are to embrace a subversive joy.  We also are to do the same.  There is no room for the Holy Spirit and for the spirits of despair and anxiety to co-exist.  The joy of the Lord is our strength.