Home Wellspring
let’s go crazy
what kind of father is that?

She came of age in her home country, Turkey, during a time of political and military unrest.  She has spoken of going to school amid bodies lying dead by the road.  Rumbling tanks were not an uncommon sight.  Questions were put, “Are you on the left?  Are you on the right?”  It took many years for her to see a police officer without a sense of dread building inside. 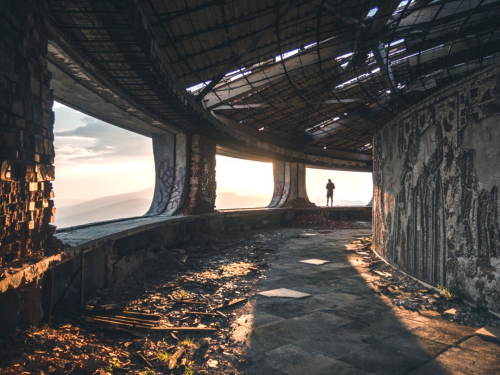 [photo by Natalya Letunova on Unsplash]

Living in a climate of fear takes its toll.  To be afraid of the police is destructive.  Not daring to speak your thoughts, as was the case with her father, shrinks one’s healthy participation in society—indeed, such a society becomes unhealthy.  It loses vitality.

Is it unreasonable to suggest that we today might possibly be taking steps in that direction?  Understand, I’m definitely not claiming we’re on the verge of transforming into a totalitarian police state!  Still, that language of shaming, ostracizing, exclusion being voiced, is occurring more often.  In this case, I am speaking of it directed at those who choose to forego Covid vaccinations.

Trust me, I am well aware there are some truly crazy batshit conspiracy theories floating around.  However, one need not be wearing a tin foil hat to have legitimate concerns.  (Going into all of them would require a lengthy discussion; I won’t do that here.)

There are, in my opinion, valid questions regarding the testing of the vaccines, the billions of dollars made by pharmaceutical companies (who are shielded from lawsuits), and the lack of investigations into numerous serious and lethal side effects.  This last point is instructive.  The hundreds, even thousands, of people who have reported these conditions usually have their claims dismissed as “anecdotal.”

My wife and I have had personal experience with several individuals whose health suffered a severe decline after receiving the vaccination.  Admittedly, I can’t say that with absolute certainty, but the timing of the jab and the apparent randomness of the afflictions are too convenient to ignore.

Then there is the matter of endangering the public.  I certainly understand that concern.  That opens up an array of factors, including the reporting of deaths as caused by Covid versus deaths of persons who simply had the virus—but died for other reasons.  We now have the prospect of herd immunity and what percentage of people is necessary to reach it.

There are those who have medical reservations.  (I would count myself among those.)  I’m not one of so-called “anti-vaxxers.”  I don’t have a problem with vaccines in general.  I got my flu shot.  I’ve had more than one tetanus shot.  When there was a chance I was bitten by a bat, I didn’t hesitate to receive rabies vaccinations!

From a theological perspective, I must confess hesitation to put into my body, which is the temple of the Holy Spirit, experimental chemicals whose long-term effects are largely unknown.

Returning to my original thought, I am disturbed by the spirit of mistrust and misgiving gaining traction among us.  The thought of our eyeing each other with suspicion troubles me.  An atmosphere of fear calls out our less noble qualities.  Whatever one’s viewpoint on the vaccines, is it possible for us to regard each other with a little more love and with a little less fear?