The scripture reading in Acts 4 and 5 presents what many people have often described as an early look at Christian communism.  Before anyone gets too excited, understand I’m not talking about the tyrannical political system we became familiar with in the 20th century.  I know that “communism” is a word that raises a red flag.  (Yes, a “red” flag!)

We see language like “no one claimed private ownership of any possessions” and “everything they owned was held in common” (v. 32).  Chapter 2 has similar descriptions of the community.  “All who believed were together and had all things in common; they would sell their possessions and goods and distribute the proceeds to all, as any had need” (vv. 44-45).

We’re not talking about any element of force here.  There isn’t any government mandate; there isn’t anything done at the point of a sword.  Rather, “the whole group of those who believed were of one heart and soul.”  This is a community bound by love.  It looks like it’s taking care of everyone.  “There was not a needy person among them” (v. 34).

I would like to make a couple of side comments on all of this.  I do have respect for folks who choose to live communally.  (Understand, that excludes cults and brainwashing and places where people are held against their will!)  Many communes demonstrate a life with a healthy perspective on putting people before property.

Having said that, I’m not sure the early church in Jerusalem really was a commune.

Questions of commune set aside, building community is not easy.  Sometimes people speak of it in romanticized terms, but community involves characters of all sorts: crabby and gabby, serious and delirious, careless and cautious.  It seems inevitable there will be those who give and give and give and apparently don’t get much in return.  And then there are those who live by the motto, “It is more blessed to receive than to give.”

As they say, it takes all kinds.

At the center of it all are the apostles.  They’ve been acting as a sort of clearinghouse for the dispersal of funds.  They didn’t get that job because of any economic training they received.  They didn’t take any extension courses.  Instead, “With great power the apostles gave their testimony to the resurrection of the Lord Jesus, and great grace was upon them all” (v. 33).

That word “power” in Greek is δυναμις (dunamis).  It’s where we get our word “dynamite.”  Does anyone remember the 70s TV show Good Times?  It included the Evans family elder son, J. J., who often proclaimed he was “Kid Dyn-O-Mite!”  I don’t suppose any of the apostles would claim that title for themselves!

They use that great power in giving testimony, in giving witness, to the resurrection of the Lord.  (“Resurrection” makes this a fitting theme for the Easter season.)  Something about resurrection is that it’s not a one-time thing.  Resurrection is ongoing.  These early disciples, the Jerusalem church, demonstrate resurrection power.  The Holy Spirit is moving among them.  As we see, “great grace” was upon the community.

As we might know about community, there are those who simply get it.  They know what goes into building it, and they’re willing to step up and take part.

Everyone is important in the eyes of the Lord, but there are those whose presence, and whose absence, is especially felt.

One such person in that early church is a Cypriot named Joseph.  We’re told he is a Levite, a member of the priestly tribe of Levi who traditionally would help with ceremonial duties.  He has made a really good impression, because he has been given the nickname, “Barnabas,” “son of encouragement.”  He’s the guy who will help you when you’re feeling down.  He’s the one who will reassure you.  “You can do it!”  He is the encourager.  (That sounds like the name of a superhero—the Encourager.  He’s the one who’s in your corner.) 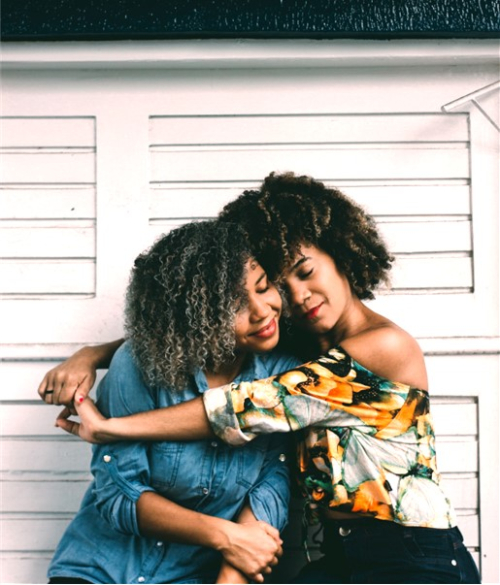 [photo by Hian Oliveira on Unsplash]

Barnabas plays no small role in the book of Acts.  If this were a movie, we could say his agent did a good job in getting him the part.

After his conversion on the road to Damascus, Saul (later known as Paul) goes to Jerusalem, but the disciples there don’t trust him (9:26-28).  They know about his past, how he persecuted the church.  But Barnabas steps forward and vouches for him.  “This guy is okay.  He’s the real deal.”

In chapter 11, news has come regarding the church in Antioch: the number of believers is said to be growing quickly.  They want someone to check it out.  Here’s how the scripture reads: “News of this came to the ears of the church in Jerusalem, and they sent Barnabas to Antioch.  When he came and saw the grace of God, he rejoiced, and he exhorted them all to remain faithful to the Lord with steadfast devotion; for he was a good man, full of the Holy Spirit and of faith.  And a great many people were brought to the Lord” (vv. 22-24).  He also accompanies Paul on his first missionary trip.

I really like that.  Barnabas is known to be a good man, filled with the Spirit and faith.  He is a good man.  I don’t know what more can be said.  It’s hard to beat being called a good man.  True to his reputation, he sells a piece of land and brings the money to the apostles.  He wants to contribute to the cause and help those in need.  Thus endeth chapter four, and we move to chapter five.

But then…  You know Bonnie and Clyde?  Well, they ain’t got nuttin’ on Ananias and Sapphira!  Unfortunately, this part of the story does not end well.

We start off on a good note.  Just like Barnabas, they sell a piece of property and bring the profits to the apostles.  They’ve done their fair share in helping the community.  However, there is a problem.  The two decide to hold back some of the money, even though they said there would be more.  One of the meanings for the word translated “kept back” (νοσφιζω, nosphizō) is “embezzle.”

Peter knows something is up—maybe it was divine inspiration, or maybe he simply did the math.  He confronts Ananias, letting him know he could have given whatever amount he and his wife chose.  It was up to them.  He asks a rather blunt question: “why has Satan filled your heart to lie to the Holy Spirit and to keep back part of the proceeds of the land?” (v. 3).  He lets him have it.  “You haven’t lied to me.  You haven’t lied to us mere mortals.  No, my dear fellow, you’ve lied to God!”

What follows next has been the subject of controversy down through the centuries.  Ananias keels over and falls down dead.  Did Peter intend this?  Did he in some way cause it to happen?  If so, does the punishment really fit the crime?  It does seem to be a bit of an overreaction.  Peter’s ethics are called into question.

There have been numerous explanations about this.  Don’t worry, I won’t attempt to go into all of them.  Some say the pair have broken an oath to God and to their fellow believers, in that they agreed to pool their resources—without embezzlement!  Such oaths often included self-curses if they were broken.  “May God strike me down if…”

Others say Peter plays the role of prophet.  His words pierce Ananias into his very soul.  Others say when Ananias’ craftiness is exposed, he simply has heart failure!  So, there’s no great mystery.

Whatever the case, Peter seems to be a bit fuzzy on notifying the next of kin!  He arranges a hasty burial for Ananias without his wife’s knowledge.  (By the way, the name Sapphira is where we get our word “sapphire.”)  She shows up three hours later, and Peter gives her a chance to tell the truth.  A similar exchange happens, and she’s buried next to her husband.  On the bright side, at least Ananias and Sapphira are together forever!

Our passage ends, “And great fear seized the whole church and all who heard of these things” (v. 11).  I would think so. 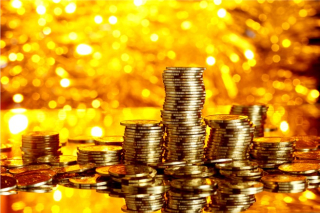 My earlier comment on Bonnie and Clyde notwithstanding, we should be cautious on how we judge Ananias and Sapphira.  As the noted 20th century British theologian F. F. Bruce said, “be careful: the temptation to seek a higher reputation than is our due for generosity or some other virtue is not so uncommon that we can afford to adopt a self-righteous attitude towards poor Ananias [and Sapphira].  Let us rather take warning from [their] example.”[1]  Their story is a cautionary tale.

What can we learn from this?  Is it as simple as Barnabas choosing love and Ananias and Sapphira choosing fear?  Did they go with safety and security over the apparent uncertainty that comes with genuine openheartedness?  Did they put their trust in material possessions to provide security?

Can we imagine another culture teaching that—one with which we might be quite familiar?

I’ve heard it said one good way to defeat the power of money and possessions over us is to give them away.

Luke is the author of Acts.  In his gospel, he tells the story of the rich young ruler who asks Jesus about eternal life.  He says he has kept all the commandments.  Jesus responds, “There is still one thing lacking.  Sell all that you own and distribute the money to the poor, and you will have treasure in heaven; then come, follow me” (18:22).  I don’t think Jesus was laying down a law for everyone and for all time.  He told him what he needed to hear.  Jesus recognized the grip the young man’s wealth had on him.

That can apply in a different way, and it regards our possessions after we have shuffled off this mortal coil.  Including the church in your will is a meaningful and needed way to benefit those who remain and those who come after.  It is yet another way of worshipping the Lord.  It is yet another way of giving to the community, indeed, the community united by the Holy Spirit. 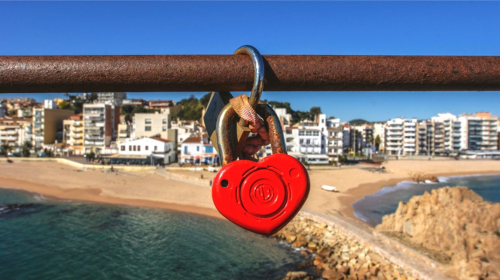 [photo by Alex Martinez on Unsplash]

Aside from matters of material possessions, we can see how Ananias and Sapphira chose to hold back.  Don’t we also do that, to one extent or another, in one way or another?  Are we not too often guilty of embezzling the Spirit?  And yet, thanks be to God, even when we hold back from the Lord, if we remain open to the Spirit, God is gracious.  There is always opportunity for service—and for the love that conquers fear.