Home Wellspring
hypocrites
in the system, but not of the system

to hell and back

The first church we served was in Nebraska.  We were in the Presbytery of Central Nebraska.  At one of the presbytery meetings, there was a lay pastor ready to be certified.  He was answering questions about his beliefs and his sense of calling, his faith journey.

One of the ministers asked him about his views on Jesus Christ’s descent into hell.  The fellow didn’t know what to say.  My guess would be that was the first time anyone had ever asked him about it.  I can understand that; no one has ever asked me about it!  As you might know, there’s a line in the Apostles’ Creed saying about Jesus, “he descended to the dead.”  That’s from the modern, ecumenical version.  The original, traditional reading says of Jesus, “he descended into hell.” 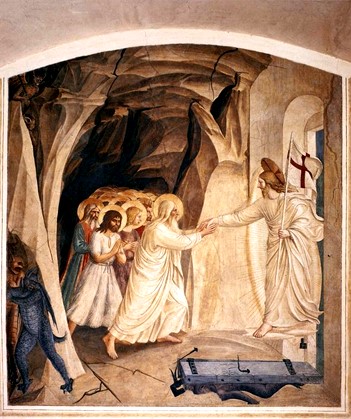 I honestly don’t remember the pastor’s name, but he took the opportunity to speak of Jesus’ descending into hell as an image of his own life.  He spent about two minutes telling us of his trials and tribulations.  (If two minutes doesn’t seem like much, get a stopwatch and time it.)  I really didn’t know him very well, but from what I did know, I knew he wasn’t lying about his experiences.  Meanwhile the poor fellow, the prospective lay pastor, was still up there, waiting for him to finish!  (By the way, he was certified.)

It was one of the more interesting presbytery meetings I’ve been to.

The epistle reading in 1 Peter 3 has some verses that are often associated with the so-called “harrowing of hell,” that is, the plundering of hell.  The harrowing of hell is said to be what transpired on Holy Saturday, between Good Friday and Easter Sunday.  Jesus visited hell and liberated the saints of old, and others.  There is no direct Biblical testimony to this, but it is based on a number of scriptures and the centuries-old witness of church tradition.  But let’s hold off on that visit for a few moments.

Tucked away in the midst of that is this little gem: “Always be ready to make your defense to anyone who demands from you an accounting for the hope that is in you; yet do it with gentleness and reverence” (vv. 15-16).  Don’t get in people’s faces.  Don’t make them feel stupid.  Don’t be a jerk.  (That last sentence is from an alternate translation.)

Peter’s audience has had plenty of opportunities and/or demands to explain themselves.  They have had to deal with persecution.

Then there’s a transition to Christ, who “also suffered for sins once for all, the righteous for the unrighteous, in order to bring you to God” (v. 18).  He has set the example for them, and us, of underserved punishment and unjust treatment.

Then Peter’s thought takes a slight turn.  “He was put to death in the flesh, but made alive in the spirit, in which also he went and made a proclamation to the spirits in prison, who in former times did not obey, when God waited patiently in the days of Noah” (vv. 18-20).

Who are these “spirits in prison, who in former times did not obey”?  There’s a curious story in Genesis 6.  There is mention of “the sons of God [who] saw that [the women] were fair; and they took wives for themselves of all that they chose.  Then the Lord said, ‘My spirit shall not abide in mortals forever, for they are flesh; their days shall be one hundred twenty years.’  The Nephilim were on the earth in those days—and also afterward—when the sons of God went in to the daughters of humans, who bore children to them.  These were the heroes that were of old, warriors of renown” (vv. 2-4). 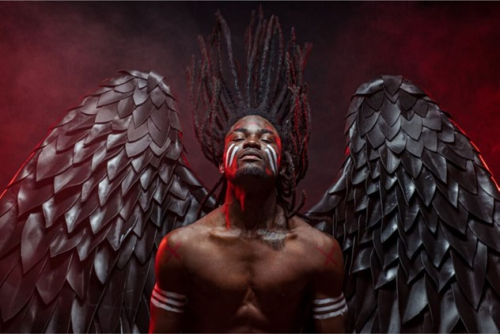 [One image of Nephilim]

No one really knows who these sons of God and Nephilim were.  Theories abound about fallen angels, giants, unrighteous men.  Whatever the case, they were consigned into the prison Jesus visited.  In response, Jesus found them worthy of hearing his message of good news.

But then there was Noah, of whom he and his family “were saved through water.”  Peter says, “this prefigured [baptism, which] now saves you” (vv. 20-21).  The water of the flood, through which Noah and his family passed, prefigures, or foreshadows baptism.

So there’s water, but what about fire?  We’re back to the harrowing of hell, the plundering of hell!

The New Testament has three different words translated as “hell.”  So pick your favorite.  The first one, “Hades” (άδης), like “Sheol” in the Old Testament, is the land of the dead, the grave.

The second word, “Gehenna” (γέεννα), is the one associated with fire.  It goes back to the valley of Hinnom, where some Israelites burned human sacrifices to pagan gods.

The third word, “Tartarus” (ταρταρόω), is used only once—in 2 Peter 2:4.  In Greek mythology, Tartarus was said to be as far below Hades as the earth is below heaven.  Friends, that is a long way!

The word “hell” in the Apostles’ Creed (κάτω katō) means “down” or “below” and can be translated as he descended to “lower ones” or “those below.”  So it’s not a place; it’s people.

Some speak of a struggle with Satan.  Many have been really creative in describing how Jesus kicks open the gates of hell and demands the release of the captives.  One of my teachers had a dim view of this whole scenario.  He didn’t put much stock in portraying Jesus in a boxing match with the devil! 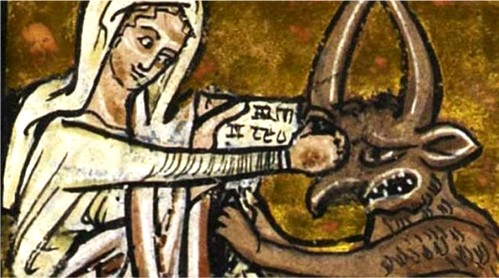 Banu said that, after my surgery seeing me unconscious in the intensive care unit, with all kinds of lines hooked into me and a ventilator tube going down my throat, she could better appreciate Jesus’ descent into hell.  He came down to where she was.

(Actually, on occasion, that might be a good story for hospital chaplains to use when consoling those in the waiting room.)

C. S. Lewis said of the harrowing of hell, “It was not once long ago that He did it. Time does not work that way once ye have left the Earth. All moments that have been or shall be were, or are, present in the moment of His descending.  There is no spirit in prison to Whom He did not preach.”

We’re told, “Whatever hells we may find ourselves in, whether in this life or another, Jesus is there waiting for us—and He has the power to pull us out.  Hell’s days are numbered.  Indeed, the only thing that keeps us there is our refusal to accept God’s love—and we may genuinely hope this love will [at last] prove irresistible.”[1]

How much during this particular Lent is this a meaningful word?

On Ash Wednesday, I spoke of the ashes put on our foreheads as a reminder of our mortality.  We are on this planet for a finite amount of time.  “Remember that you are dust, and to dust you shall return.”  I suggested perhaps this time we might not need to be reminded “we are dust.”  We’ve witnessed plenty of dust this past year.

It’s possible we might be in our own Hades, indeed our own Hell, and yet, hope is here.  The word of good news, of gospel, is being delivered.

As we end the chapter, the good news of resurrection breaks forth from down below into glorious majesty.  Christ “has gone into heaven and is at the right hand of God, with angels, authorities, and powers made subject to him” (v. 22).  We speak of the triumphal procession of Jesus into Jerusalem on Palm Sunday.  How can we not also speak of the triumphal procession of Christ freeing the captives and defeating the grave—literally plundering death of its ultimate power?  Who else has gone to hell and back?

Angels, authorities, and powers have been made subject to him.  This isn’t some abstract nicety.  I’m not sure how often we encounter actual angels, but authorities and powers are forces we run into every day.  We can think of visible authority, like government.  There is easily recognized power, like the power of knowledge.  (Teachers, would you agree with that?)

There are realities more elusive and unknown.  Many of them we choose.  With others, we allow ourselves to be chosen.  We obey the authorities of money, of fashion, of “what will the neighbors say?”  We choose the power of life and death in the multitude of ways they are expressed.

Thanks be to God, we have one who goes before us, one who leads in procession for us, one who has gone to hell and back for us, Jesus Christ.