I will be with you again

U2’s “New Year’s Day” was released in 1983.  U2 has had many great songs, but to me, this ranks near the top.  (“Pride in the Name of Love” isn’t a bad song either!)  Clearly, this New Year’s Day is like none other for everyone in the world.  Of course, we’re all thinking of the pandemic (as if that isn’t way more than enough), but a fellow named Speed Leas spoke of five levels of conflict. 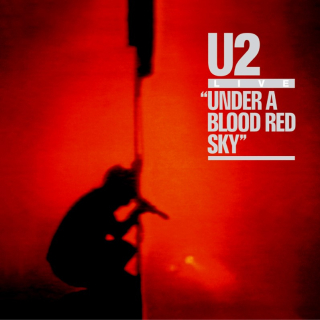 Levels one to three describe increasing degrees of difficulty.  At level four, people are no longer satisfied with getting their way.  Now they have to get rid of the opposition.  Some might say we in America are at level five.  (I think that’s a bit of exaggeration.)  At this level, people become fanatics.  They won’t stop fighting because they feel it’s immoral to stop.  They believe they are called by God to destroy the evil.  The only thing you can do at this level is remove the opposing parties from each other.  In church contexts, a pastor may need to ask for protection and support from the denomination.

Do we need to ask for protection and support?

Under a blood red sky / A crowd has gathered in black and white / Arms entwined, the chosen few / The newspapers say / Say it’s true, it’s true / And we can break through /
Though torn in two / We can be one…

(In the video, Irish flag draped on his shoulders, Bono references Jason McAteer, who had just scored the goal that secured Ireland’s place in the 2002 FIFA World Cup.)