Home Wellspring
I will be with you again
light, an epiphany

It was the evening of New Year’s Day.  There was a pitter patter of shower outside.  I decided to go for a walk; I wanted to hear what the rain would say to me.  Upon stepping outside, I realized the droplets were being outvoted by pellets.  A slushy crust was coalescing beneath my feet.  That’s okay, since the ice is making its voice heard, I’ll lend an ear.  So off I went into the night.

Actually, I did not lend an ear.  I was too busy thinking about my determination to listen to whatever precepts the precipitation presented.  Is there a word for me to receive?  It’s difficult to be aware if you’re trying to be aware that you are aware.  You wind up only hearing yourself.

In any event, it was a pleasant walk. 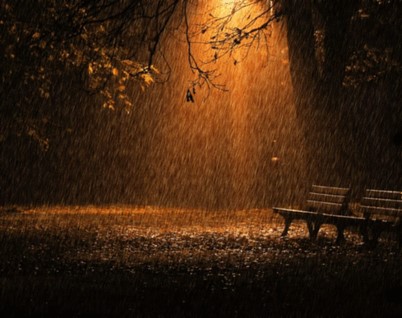 It seems fitting that we would have that kind of weather on the evening of the first day of the year.  I say it seems fitting, in that our reading from the Hebrew scriptures for today, the Baptism of the Lord, is from Genesis—the first five verses of the book.  (You know: “In the beginning,” water, baptism, even if it’s a baptism of sleet.)

At his baptism, as the water flowed down his body, Jesus did hear a voice.  It was a voice from heaven saying, “You are my Son, the Beloved; with you I am well pleased” (Mk 1:11).

With each of the days of creation, we have the repeated statement, “God said.”  God speaks, and something appears, something happens.  God speaks the word in creating.  Over and again, we are told God saw that it was good.  It is the word pervading all of creation, permeating all of the cosmos.

Summing up each day of creation is the statement, “And there was evening and there was morning, the first day,” and the second day, and the third day, and so on (v. 5).

I want to include a side note.  I imagine you’ve heard it said the Bible isn’t a scientific textbook, or words to that effect.  If we read these words as though they were lab notes from a science experiment, we will miss the wonderful and beautiful truth these words really convey. 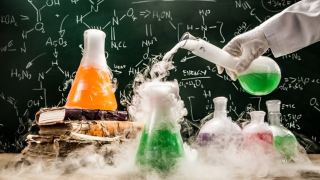 Today being the Baptism of the Lord, I would like to focus on the first two verses, which are the reason this text was assigned to this day in the first place.  “In the beginning when God created the heavens and the earth, the earth was a formless void and darkness covered the face of the deep, while a wind from God swept over the face of the waters.”

What we see is God bringing order to what is the ultimate picture of disorder.  (If it’s possible to have a picture of disorder.)  God is setting boundaries.  “God [separates] the light from the darkness” (v. 4).  In the days following, we see other things being separated, being distinguished.

Sometimes my dear wife Banu will prepare a dish with ingredients carefully portioned into distinct layers.  She often shows me how to eat it, sometimes using a fork to demonstrate.  I am reminded to not mix them together, so as not to deprive, or to diminish, the individual flavor of each element.  I am not to mess up the texture of the various components.  I am forbidden to bring disorder to order. 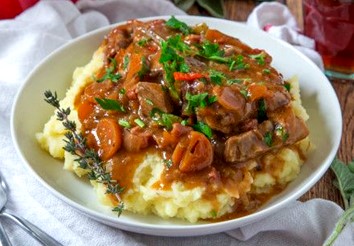 Perhaps my favorite of the prophets is Jeremiah.  The Bible tells us more about him as a person than any of the other prophets.  And he has quite a story.  I mention him because, in a startling passage, he uses the word bohu (4:23-26).

“I looked on the earth, and lo, it was waste and void; and to the heavens, and they had no light.”  The earth is again described as “void.”  He continues.

“I looked on the mountains, and lo, they were quaking, and all the hills moved to and fro.  I looked, and lo, there was no one at all, and all the birds of the air had fled.  I looked, [he’s doing a lot of looking!] and lo, the fruitful land was a desert, and all its cities were laid in ruins before the Lord, before his fierce anger.”

“The fourfold ‘I looked’ is a staggering study of creation run amok, creation reverted to chaos…  [E]ach time the poet looks at the world, he sees more and more of creation being nullified, regressing to the murky condition of Gen. 1:2…”  God’s covenant with Israel “held to the [astonishing] notion that human conduct matters for the well-being of creation.  Working from that notion, the picture of this poem is grim.  Since there has been no obedience, there will be no viable creation.  Disobedience finally leads to chaos for the entire creation.”

Lest we think that’s an exaggeration, our own disobedience in tending the garden is leading to a twenty-first century version of chaos for creation.  We too often ignore God’s covenant, now expressed in the living Word, Jesus Christ, in our dealings with each other.  We foment disorder in each other’s lives.

As I’ve said before, sometimes events happen during the week that simply must be addressed.  The horror at the Capitol building on Wednesday is definitely in that category.  We witnessed a mob storm the building in an effort to disrupt the proceedings of a joint session of Congress.  For a while, the rioters had their way.  Officers were attacked, weapons were carried, windows were smashed, offices were ransacked, and worst of all, there was loss of life: four protesters and one police officer.  To use the Hebrew word, it was tohu.  It was disorder.  It was chaos.  It was an obscenity.

I posted something on Facebook that evening.  This was it: “This morning, aware that today is the Epiphany of the Lord, I wrote in my journal, ‘May the Lord shine today!’  No darkness, no violence, no thuggery can withstand that glory.  ‘The light shines in the darkness, and the darkness did not overcome it.’”

Epiphany celebrates the light of Christ shining to all the Gentiles, to all the nations.  The visit of the Magi illustrates it.  When they asked about the one who was born king of the Jews, the powers-that-be in Jerusalem were terrified.  They feared the light shining into their darkness.

We are called to work for justice.  Jesus was all about that.  What happened on Wednesday had nothing to do with justice.  We didn’t see a Spirit-led struggle for justice.  Those folks were not guided by the Holy Spirit, and neither were the ones who urged them on, who planted the idea.

Are there broken boundaries in need of restoration?  Does order need to be brought to disorder?  Are there any things that need to be separated? 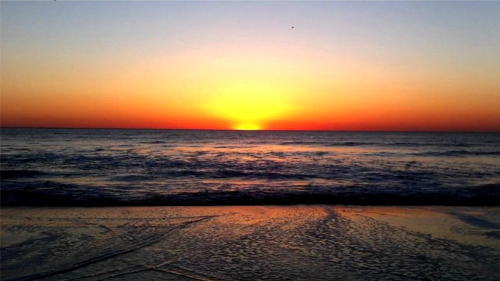 So, back to the beginning.  We are nine days removed from New Year’s Day.  Moving into 2021, what word is there for us?  “A wind from God swept over the face of the waters.”  The fresh breeze of the Spirit brings order to chaos; it brings harmony to havoc.

As for me, the story of my nocturnal walk reinforces a lesson I need to heed over and over.  I could do with some restoration of boundaries, so that I can rightly discern the Word from the many words bubbling up in my mind.