Home Wellspring
come on down!
we dreamed, and it was joy

light up the sky

“O that you would tear open the heavens and come down.”  Rip it into shreds.  Let the fire fall.  Light up the sky! 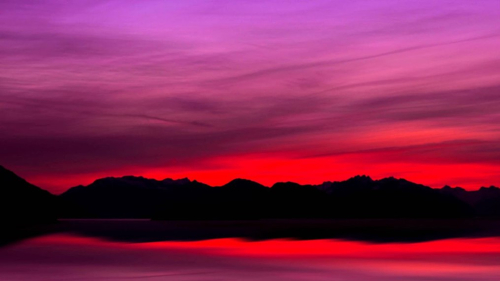 So begins Isaiah 64, our Old Testament text for today, the 1st Sunday of Advent.  This chapter is a prayer of lament—a communal lament, a lament of the entire nation.  That’s not exactly how we think of Advent.  That is, if we give it much thought!  In any event, maybe that’s the perfect theme for this year.

It might be considered the difference between chronos and kairos.  Chronos is time measured in seconds, hours, years.  It is clock time.  Kairos is time measured in moments, especially the right moment, the opportune moment.  It is time as experienced.  Advent might be considered kairos time, with the understanding that kairos time can’t be willed into existence.  However, we can prepare ourselves for it.

Advent begins in late November or early December, smack dab in the midst of the holiday season!  Can’t you hear the well-wishers and jingles from every nook and cranny?  Hallmark started showing Christmas movies last month.  This is no time for sober self-examination.  Live it up!

Scriptures like the one I just mentioned might only prove the point of those who don’t like Advent.  What’s all this doom and gloom!  Or as Batman’s arch enemy the Joker would say, “Why so serious?  Let’s put a smile on that face!”

(Please note: it is possible to have a genuine check-up and still be of good cheer!  Trust me, I’m no fan of sourpusses.)

Jonathan Aigner, who teaches music to elementary school students and also serves as music minister in his United Methodist Church, has some thoughts on the season of Advent as a time of expectation.[1]

“It prepares us.  It leads us through all the steps in the story so that we can experience the hope and longing.  We look in on John the Baptist crying out, ‘Prepare ye the way!’  We feel some of Mary’s joy and anticipation.  With each week, the longing and anticipation builds.

“But it’s a discipline, and part of discipline is having to wait for the events to come.  In this case, the discipline includes holding off on the celebration while the rest of the world, which doesn’t particularly care about the true reason for Christmas, is busy with its own frenetic energy and excessive indulgence.”

Reflecting his calling as a musician and lover of Advent hymns, he laments, “I’ve been put on the spot in front of the choir and the congregation by Advent grinches.  I’ve been insulted and maligned in adult Sunday School classes.  (Ironically, children are usually quite receptive.  It’s the adults who sometimes act like children.)”

Really, what does our consumer culture do with words like, “O come, O come, Emmanuel, / And ransom captive Israel, / That mourns in lonely exile here / Until the Son of God appear”?  That business about “captive” and “lonely exile” doesn’t lend itself very well to commercials intent on selling you a car, complete with a red bow mounted on the roof! 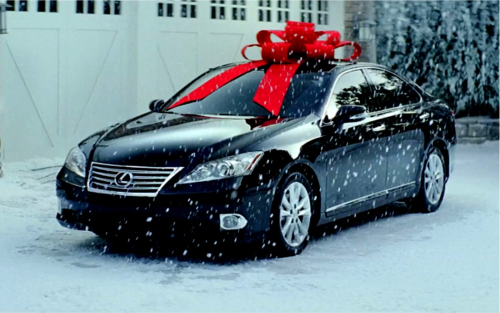 Of course, as already suggested, this year the celebrations are muted.  A pandemic has a way of doing that.  And so, perhaps we can relate to the communal lament of the Jewish people well after the return from exile in Babylon.  (This part of the book likely deals with that time period.)  The initial joy at the homecoming has gradually faded.  Things aren’t working out as well as was hoped.  The prophet recognizes the sin that has worked to overturn, to infect, the dreams of the people.  (More on that point later.)

Please understand.  I’m not saying Covid-19 resulted from sin!  Still, the way we’ve treated each other and the planet has been more than a little sinful.  Maybe Mother Earth is voicing her disapproval!

Maybe that can be expected, because the prophet says, “From ages past no one has heard, no ear has perceived, no eye has seen any God besides you, who works for those who wait for him” (v. 4).  The apostle Paul quotes that in 1 Corinthians 2:9.

Things start to get interesting.  The scripture says, “But you were angry, and we sinned; because you hid yourself we transgressed” (v. 5).  Come now, who’s really at fault?  You took off and left us to our own devices.  It’s been noted, “If parents left a bunch of toddlers and puppies at home for a few hours and the house was a shambles when they returned—would we blame the puppies and toddlers for making the mess or the parents for leaving?”[2]  In a way, blaming God for our sin is as old as the human race.  Adam pins the blame on the woman he says you, God, created. 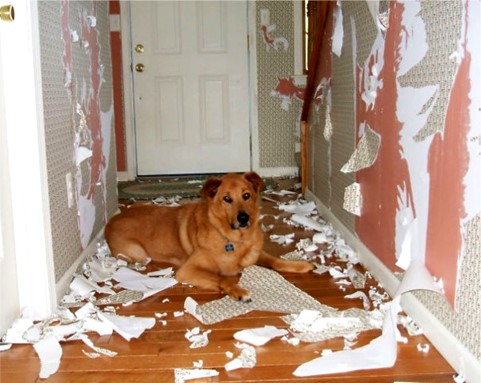 I remember watching a football game a few years ago in which a receiver dropped a pass in the end zone, missing a chance at a game-winning touchdown.  (I won’t say what team it was.)  Afterwards, referring to the play, he tweeted, “I praise you 24/7!!!  And this how you do me!!!”  Hey, it wasn’t my fault.  I need to make sure the coach knows about this.

Having said all that, truth be told, the Hebrew here is unclear.  It could also go something like this: “because we sinned you hid yourself.”  The sequence is reversed.  Still, I think it’s more fun to blame God!

We quickly move on.  “We have all become like one who is unclean, and all our righteous deeds are like a filthy cloth…  [And again] you have hidden your face from us, and have delivered us into the hand of our iniquity” (vv. 6a, 7b).  The word for “delivered us” (מוּג, muwg) means “melt” or “dissolve.”  We are being dissolved by our wrongdoing; we are melting into it.  It is swallowing us up.

Isn’t this an inspiring thought for Advent?  Don’t worry; we’re getting ready to turn the corner.

Can we relate to this image of Advent?  This isn’t the advent of gentle Jesus born in a barn.  This is the advent of the grand and glorious power from on high.  We hear a desperate and disconsolate cry for deliverance.  A sincere plea for release from prison can only come from a heart of faith.

There is a confession of how the temple and cities have been ravished.  The anxious and accusatory appeal finishes the prayer: “After all this, will you restrain yourself, O Lord?  Will you keep silent, and punish us so severely?” (v. 12).  It does end on a dark note.  It does turn out to be a lamentation.

On that note, is there honesty, even beauty, in lament?  If so, what is it?

When my sister and I were kids, our family celebrated Christmas in much the same way as others did.  My dad strung the lights out on the house, sometimes putting some in the bushes in front.  We put up the Christmas tree, glistening with ornaments, its own lights, tinsel, and an angel gracing our presence, hovering high above.

Then, of course, there were the presents.  This was, after all, the crowning feature to the whole business.  We tore open the gifts and we posed with them while my parents photographed us.  (I don’t know if others had that tradition.)  However, it didn’t take very long until the novelty wore off.  It only took a couple of days—sometimes even later on Christmas Day itself.  “Is that all there is to it?”  I had a rather empty feeling inside. 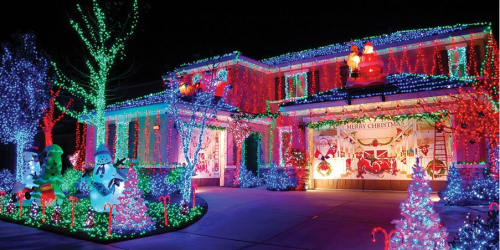 For my parents, there was an almost palpable sense of relief.  “I’m glad that’s over!”  It was communicated that, when all was said and done, Christmas was a chore.  (Maybe it was just them who felt that way!)

We as a nation, as a church, need to own our lament.  We need to acknowledge it—especially this year.  Something tells me that won’t be difficult to do!

How does lament help prepare us for the Lord’s advent?  Can we see the honesty in it?  Can we see how, in its own way, lament paves the way to healing?  We short circuit the process when we take a short cut—when we jump to conclusions.  That can lead to a refusal to mature in the faith.  Too often, I fear I’ve done that.

Lament can lead to healing when we come clean, as stated earlier, when we repent.  It’s when, by the grace of God, we change our minds (which is what “repent” literally means).  We are made ready to welcome our Lord’s advent.  We have the promise of the apostle Paul that God will “strengthen [us] to the end, so that [we] may be blameless on the day of our Lord Jesus Christ” (1 Co 1:8).

Come Lord, light up the sky.