Home Wellspring
have mercy, I'm purifying
come on down!

Yesterday marked the 25th anniversary of my brain surgery.  November 14, 1995 was a watershed moment in my life.  I came to think of that experience in terms of BC and AD: before cancer and after diagnosis.  Also, there was the traumatic event caused by radiation therapy.  I lost the hair on top of my head!  It began with a little piece falling out here and there when I combed my hair.  Then one day in the shower while washing it, a big hunk decided to say farewell.  That was when Banu and I decided to shave it all off.

A side effect of the cancer has been the influence on my brain itself.  I have found if I get really tired, I might have an episode in which I want to speak, but the words get hung up before I can get them out.  These episodes usually last from 5 to 20 seconds…  …but it sometimes feels like an eternity. 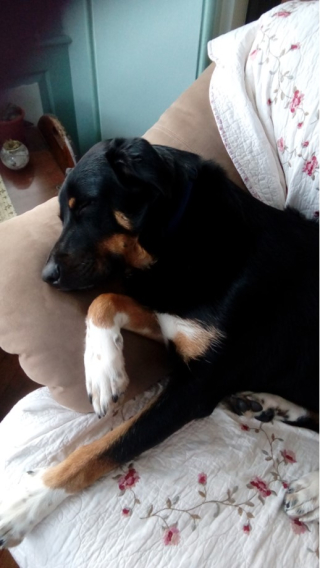 My doctors have said one way to combat this tiredness is to make sure I get enough sleep.  That sounds like good advice!  As a result, if I’m able to (after all, I do have meetings and other stuff to do), I’ll try to take a nap sometime in the afternoon.  At first, I was a little hesitant to admit it, but when one considers the effects of sleep deprivation on the brain and body, I think taking a nap is a good choice.  The Spanish, and other cultures around the world, have embraced the value of the siesta.

I’ve brought all of this up because the first part of our epistle reading in 1 Thessalonians speaks about slumbering, snoozing.  As a bit of preview, verse 11 is a bridge to the second part.  “Therefore encourage one another and build up each other, as indeed you are doing.”  What kind of things are they doing and should continue to do?  Check out verses 12 to 22.  It’s quite the laundry list.

First, let’s return to getting shuteye.  Is the apostle Paul’s warning to “not fall asleep as others do, but [to] keep awake and be sober” just refer to physical sleep?  No doubt it includes that; it is possible to sleep one’s life away.  To use a common metaphor, one can wind up in the sleep of death.  (Actually, that’s pretty much guaranteed.)  Only one person has woken up from that sleep.  Only Jesus has awakened from a dirt nap!

This text is a grab bag of goodies.  I’ll have to leave some of the goodies in the bag.  It’s all framed within the theme of the coming of the Lord.  It’s an Advent theme before the season of Advent arrives.  The opening verses speak of “the day of the Lord [as coming] like a thief in the night” (v. 2).  Pay attention.  Pay attention to your life.  Don’t get caught napping—and this time, it really isn’t about physical sleep.

The apostle counters with the life the Thessalonians have been called to.  “But since we belong to the day, let us be sober, and put on the breastplate of faith and love, and for a helmet the hope of salvation” (v. 8).  Paul tells them how to dress appropriately.  They are to clothe themselves with faith, love, and the hope of salvation.  They are not to be found in a state of undress, of a Dionysian nature.  And yes, “undress” is more than walking around physically disrobed. 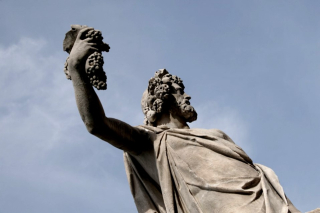 Why does he tell them that?  Why should they change their wardrobe?  He says, “For God has destined us not for wrath but for obtaining salvation through our Lord Jesus Christ” (v. 9).

That word “wrath” is an interesting one.  It might sound like God is ready to send a thunderbolt our way.  However, the wonderful truth of the gospel, the good news, is that God is not ticked off at us.  It’s true that God grieves the pain we inflict on each other, on creation, and on ourselves, but God’s essential nature is love.

That word is used of Jesus himself.  In Mark 3, he is dealing with opposition to curing a man’s withered hand on the sabbath.  That’s the point; he shouldn’t be doing this on the sabbath.  Heal the guy some other time!  Jesus asks them, “Is it lawful to do good or to do harm on the sabbath?” (v. 4).  They don’t say a single word.

“He looked around at them with anger [with orgē]; he was grieved at their hardness of heart and said to the man, ‘Stretch out your hand.’  He stretched it out, and his hand was restored” (v. 5).  That had to make an impression!  Have their hard hearts been softened?  Apparently not, since we’re told they immediately went out to make plans on how to do him in.

(Please note: orgē doesn’t describe Jesus’ overall approach to life!  It was a flash, prompted by the injustice faced by the man in need of healing.  And it was commingled with grief.) 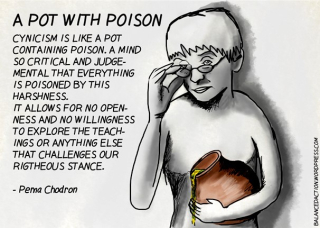 Instead, we have been destined for salvation through our Lord Jesus Christ.  The path of the god Dionysus, and Dionysus today, with its uncontrolled passion, its undisciplined hunger, is a life of slavery.  Salvation through Christ is liberation—it is freedom.

Having said all of that, there is grace.  Paul adds that the Lord “died for us, so that whether we are awake or asleep we may live with him” (v. 10).  There is provision for those still slumbering.  They haven’t been forsaken.  They are still pursued by the Hound of Heaven.  I, for one, am thankful the Hound is pursuing me!

On that note, the apostle congratulates them.  Continue to encourage one another and to build each other up.

This was probably Paul’s first letter, written in the early 50s.  He has already encouraged them, in that the expectation of the Lord’s return is very much in the forefront of their minds.  It has troubled them concerning those who have already died, those who have fallen asleep in the other way.  Paul assures them their dearly departed will also be with the Lord.

Back to that laundry list.  He wants them to pay special attention to some things.  Make sure you don’t forget these!  First, he reminds them to take care of those who “have charge of you in the Lord and admonish you”—those who would caution or advise you (v. 12).  Maybe Paul has been to places where that doesn’t happen!

Looking through that list, I want to pay special attention to verse 14: “And we urge you, beloved, to admonish the idlers, encourage the fainthearted, help the weak, be patient with all of them.”  I’m especially interested in his call to “admonish the idlers.”  The NIV says “those who are idle.”  Is he telling them to reprimand those who just lounge around?

It’s not that such behavior—or rather, lack of behavior—should be commended, but the Greek word (ἄτακτος, ataktos) expresses something other than simply being idle.  “Idle” is not a very good translation.  The New Jerusalem Bible speaks of those who are “undisciplined.”  The term ataktos means “disorderly,” “out of ranks.”  It refers to soldiers who have broken formation, who have fallen out of line.

John Wesley speaks in these terms: “Warn the disorderly—Them that stand, as it were, out of their rank in the spiritual warfare.”[1]

The expectation of the Lord’s return can be portrayed in a way that inspires dread.  I once read a caption that proclaimed, “The good news is Jesus is coming back.  The bad news is he’s really ticked off.”  (“Ticked off” is a euphemism for what it really said.)  Maybe the point is made.  Paul indeed desires to reassure them, and by extension, us.  The spirit of Dionysus is still with us, and yet, as we await the Lord’s coming, we have not been consigned to wrath or disorder.  Maybe we should say, “Go to sleep, Dionysus.”  Go to sleep, you who would have us lose ourselves in the moment. 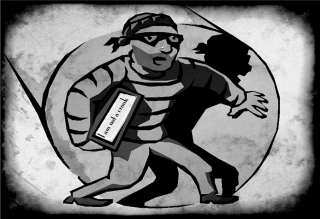 Friends, let us raise our heads and welcome the Lord who brings clarity and freedom.  Who knows, we might have a BC and AD experience!  It might happen when we don’t expect it, like a thief in the night.