I want to begin with a confession.  I think I might be improving in this particular regard, but I still have a long way to go.  I too often feel like I need to air my opinions, especially on controversial subjects.  I fear I am far from alone in that.  Go to Facebook or scroll down through the comments on almost any article, and you’ll see what I mean.  Watch what passes for news in our country.

We love to fight.  We prefer heat over light.

When we recently spent a year in Tennessee, Banu and I worshipped with two different Episcopal Churches. (Not that their being Episcopal Churches had anything to do with it.  I love the Episcopal Church!)  I’m pretty certain we sat in someone’s “spot” once or twice.  Nobody made an issue of it, but I wonder if anybody was thinking about it, perhaps plotting some ever so slight retribution!

I’m trying to give an example of what Jesus references in Matthew 18 when he speaks of the offenses, the sins, that go on in the church.  When I mentioned this before, I jokingly said some might consider this to be a matter of life and death.  Due to this coronavirus craziness, that has taken on a nature which is quite disconcerting, bordering on the truth!

Going first to the person alone says and requires a number of things.  One thing it requires is a certain level of maturity.  Being willing to lovingly confront, to face them alone in person, rather than talking about them behind their back—or spreading gossip—means you’re willing to “own” your complaint, to take responsibility for it.  You’re not playing the game of reporting what anonymous “others” have said.

That’s a good example of being unwilling to “own” your complaint, a refusal to accept responsibility.

Going first to the person alone suggests you don’t want to shame the person.  It says you have a greater desire for reconciliation than proving you’re right.  If we meet with them alone, there’s less chance of an automatic defense reaction—especially if the person doesn’t want to lose face in front of his or her crowd.  Actually, that could wind up being dangerous, depending on how prone to violence the crowd might be!

The late Wayne Oates, a congregational consultant, said when we go to the person first, we “[g]ive the person the benefit of the doubt by saying, ‘I don’t know whether this is accurate or not, but is it true that you said or did this?’…  Give ‘the offender’ an opportunity to say it in [his or] her own words.”[1] 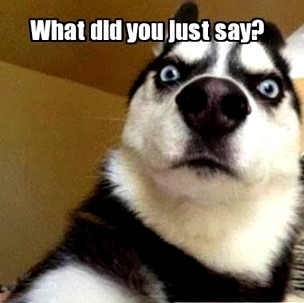 I want to include a disclaimer about a private meeting.  In cases where people have been abused or threatened, it is never a wise course of action.  That’s when others should be called in.  It is likely a case in which other people are necessary.  It’s important to let them be witnesses, or even be advocates on behalf of the abused party.

So, with that in mind, sometimes lovingly going to the person first doesn’t always work.  “If the member listens to you, you have regained that one.  But if you are not listened to…”  That’s where verse 16, with its call to bring one or two wise people with you, comes into play.  You notice I added “wise.”  It’s important that these others know how to keep confidence—that they’re not going to go and blab to somebody else.

Confidentiality and secrecy aren’t the same things.  Sometimes there’s confusion about that.  Among the differences between the two is confidentiality maintains the other person’s integrity and helps build relationship.  Secrecy works against both of those.  Confidentiality honors and builds respect; secrecy dishonors and destroys respect.

Oates points out an additional aspect of this second level of going to the person.  “By bringing in one or two others, you can check your own behavior with the wisdom of other Christians.”[2]  It’s extremely important to hold ourselves accountable.  Engaging in self-deception is easier than we think.

On a related issue, sometimes we need to check our sense of humor.  Understand, I’m not talking about a really serious matter.  Still, being able to laugh at oneself can take the sting out of an intended slight.  It takes away all the fun of insulting someone if they don’t get offended!  (I know, I know—I remember how I started the sermon.)

Back to the main point.  What if a meeting with one or two others present doesn’t work?  What if there is no peaceful resolution?

This whole matter of correction by the church obviously is a tricky business.  It can take many forms, some helpful and some absolutely horrific.  In our own Book of Order, the section called “The Rules of Discipline” takes that on.  It says church discipline “should be exercised as a dispensation of mercy and not of wrath” (D-1.0102).

It’s not something to rush into.  We’re told it “remains the duty of every church member to try (prayerfully and seriously) to bring about an adjustment or settlement of the quarrel [or] complaint.”  We should “avoid formal proceedings…unless, after prayerful deliberation, they are determined to be necessary to preserve the purity and purposes of the church” (D-1.0103).

It’s the duty of every church member prayerfully and seriously!  That’s a high bar.

However, what’s the deal with considering someone to be like “a Gentile and a tax collector”?  That seems a bit harsh.  Some have tried to soften the blow by focusing on Jesus’ commandment to love, and not indulging in such offensive behavior.  It’s been pointed out that what is meant is such a person should “be regarded as outside the community.”[3]  It’s a decision made by the person themself. 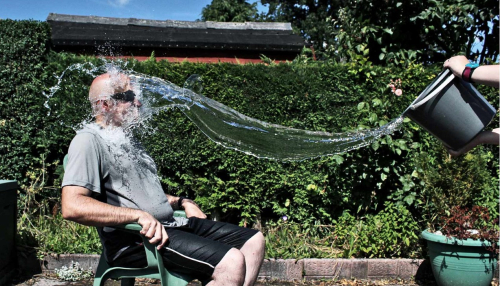 Having said that, we should be careful about watering down Jesus’ words.  Sometimes they should hit us in the face like a bucket of cold…water!

Then he gets into the subject of binding and loosing.  There have been all kinds of meanings attached to this.  Some traditions speak of “binding the devil” or “binding Satan.”  One day in class at the Assemblies of God college I attended, a fellow student said that very thing—we can bind the devil.  Our professor stopped and said, “Then do it.  Bind the devil.”  There was an embarrassing silence.  I guess he wanted us to figure out what binding the devil actually meant.

Binding and loosing really refers to a practice of the rabbis.  Basically, they would “bind” the law, a scripture, if it fit, if it applied to a certain situation.  They would “loose” the scripture if they decided it didn’t apply.

The passage ends with verse 20, with the well-known words: “where two or three are gathered in my name, I am there among them.”

The verse is almost always used in the contexts of worship and prayer, and it is appropriate for that.  However, that is not how it is used here.  The “two or three gathered in my name” appears in the context of discipline.  The presence among us is about confronting or challenging.

They are words of wisdom, based on the requirement in Deuteronomy 19: “A single witness shall not suffice to convict a person of any crime or wrongdoing….  Only on the evidence of two or three witnesses shall a charge be sustained” (v. 15).  The concern is to avoid relying on a false witness.

As already said about correction by the church, considering the presence of Jesus in discipline can be tricky.  And understand, “discipline” is far more than simply enforcing rules.  It is about training, getting into shape.  Discipline can be intimidating.

Karen Chamis, who is our presbytery’s Resource Presbyter, notes the fear that would hinder us from helping each other on the path.[5]

“Fear keeps us from being who we are called to be,” she says, “and if that isn’t bad enough, there are those in this world who will use our fear against us.”  She speaks of those who thrive on intimidation.  “It’s fear that keeps bullies in power, and conflict under the floorboards where it can do the most harm.  Fear is what keeps us from doing what we know is right, and true and just. 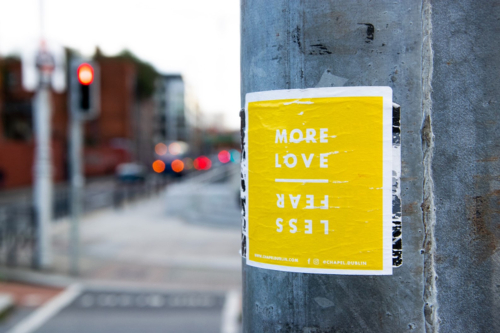 [photo by Bram on Unsplash]

“And so, we steer clear of fierce conversations.  We allow bullies to control what direction we will paddle.  We permit bad behavior, because we fear retribution…  We forget who we are.  We forget Whose we are…because we belong to the fear and not to the Love.”

“Where two or three are gathered…”  The presence in worship, in prayer, in discipline, in sacrament—the presence of Christ means fear has been defeated by love.  We are given the courage and grace to help each other walk the path, even if means correcting each other—in love.

Thanks be to God.