Home Wellspring
because I can
it seems so irrational

this was always the place

Have you ever been given a nickname regarding something you had absolutely no control over?  You know, like being called “freckle face.”  (Assuming, of course, you have a generous supply of freckles.)  How about addressing someone of petite stature?  “Shorty” would be a nickname completely unearned.  That would also be true if the name “Shorty” were used ironically, referring to someone seven feet tall!

Here’s another question.  Have you ever given someone else a name about something they couldn’t help?

A lot of that goes on in the Bible.  Consider the Old Testament reading in Genesis 28, the story of Jacob’s ladder.  We’re introduced to Jacob in chapter 25, just as he and his twin brother Esau are being born.  And what does he do to his elder brother?  He takes him by the heel!  Darn that infant.  Just for that, we’re going to call you Jacob.[1]  You know—the name that means one who supplants, the one who will shove you aside and take your place, the one who will grab your heels and try to trip you.

(I won’t go into detail now, but he does wind up tricking his brother into selling his birthright.  He tricks his father Isaac into giving him Esau’s blessing, the one that should go to the elder son.  Esau is furious and is dead set on killing Jacob, so Jacob hits the road to go live with Uncle Laban, the brother of his mother Rebekah.)

Speaking of nicknames regarding something of which you have no control, my own name wends its way through history back to Jacob.  James, by way of the French (Jacques), back to the Latin (Iacomus), back to the Greek (Iakobos), and finally to the Hebrew (Jacob or Ya‘aqōv).  Am I a supplanter; do I scheme to take someone else’s place?

I guess I can take heart in that there have been, and still are, a ton of Jameses throughout time and space!

But let’s go back to that sneaky Jacob.  Pastor and writer Renita Weems says of him, “What makes Jacob’s story so incredibly engaging and kind of inspires the energy that we’re feeling now is that it is the first character in the Genesis story that provides us with so many different dimensions of a particular character.”[2]

She isn’t kidding.  Later on, Jacob wrestles with a man/angel all night long.  Eventually, the man throws in the towel, but not before getting in one last lick at Jacob’s hip!  Jacob is told, “You shall no longer be called Jacob, but Israel, for you have striven with God and with humans, and have prevailed” (32:28).  His craftiness is rewarded.

Weems goes on, “I mean, here we finally have someone we have some adjectives we can use—deceptive, clever, shrewd, subtle, whatever.  Before Jacob, we’re finding mostly characters are pretty one dimensional.  They pretty much do what God says and may protest a little here and there, but in Genesis, this is, aha, someone who’s human, the first real, human person.”

When called upon, he can also do an incredible Hulk imitation, though without the green skin!  He comes upon some shepherds at a well which is covered with a large stone.  Removing it is a job for several men.  Jacob, upon seeing the beautiful Rachel approaching, walks over to the stone and picks that bad boy up!  I don’t know.  Does this display suitably impress Rachel?

Still, all of that is in the future.

I started by asking about nicknames, but the real focus here is something deeper and more inward.  Jacob has a dream.  We’re told he comes to “a certain place” and stays there for the night.  The Hebrew simply says, “the place.”  And at “the place,” he uses a stone for a pillow! (v. 11).  Who knows what kind of dreams that might prompt?

I don’t want to get into the mechanics of dreams.  There are numerous interpretations of what they might mean.  Some people remember their dreams on a nightly basis; some almost never remember them.  I think I’m somewhere in the middle.

There was a dream I had for many years.  If you’ll indulge me; I’ve told this story before.  It dealt with McDonald’s, where I worked when I wasn’t away at college.  In the dream, I would be at various locations.  I might be at home, or maybe I’d be driving my car.  And in the back of my mind was this nagging fear that I should be at work; I should be at McDonald’s.

In the dream, it was always the case that it had been days, even weeks, since I’d showed up for work.  I would have the feeling that I needed to go to the store and check the schedule.  Was I in fact supposed to be there?  But I don’t remember ever making that trip.  Instead, I would wake up and realize, with a great sense of relief, that I was now at seminary, or later on, that I was now pastor of a church. 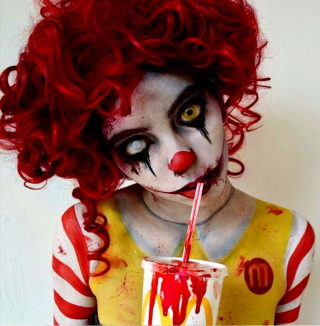 I haven’t had that nightmare (yes, nightmare) for a long time now.  Banu once told me that I was subconsciously expressing my fear of working at McDonald’s for the rest of my life.  I believe there’s something to that!  At a deeper level, though, I think McDonald’s represented my sense of not moving forward.  It was a symbol of my needing to complete something.

All of us have had dreams, even recurring ones, that have had special importance.

Jacob has a dream that is exceptionally important—and quite vivid.  He dreams “that there was a ladder set up on the earth, the top of it reaching to heaven; and the angels of God were ascending and descending on it” (v. 12).  The word for “ladder” is better translated as “ramp” or “stairway.”  Jacob dreams of a “stairway to heaven,” to reference the old Led Zeppelin song.

The Lord meets him and identifies himself as the God of his fathers.  God gives him the promise given to Abraham and Isaac, that he will inherit the land and his offspring “shall be like the dust of the earth.”  Furthermore, “all the families of the earth shall be blessed in you and in your offspring” (v. 14).  God promises to be with him until these things are fulfilled.

(On a side note, it’s always the men who are given credit for the number of children.  The women are mysteriously absent.)

Remember what’s going on with Jacob.  He’s on the run; he’s literally running for his life.  Is it possible he has only himself to blame?  Maybe.  How many times have we been on the run, seemingly for our lives, only to realize that we are our own worst enemies?

What does the dream signify?  What does Jacob’s ladder mean?  Now we’re back to the multiple understandings I mentioned earlier.  That’s certainly true with this dream.  If you don’t believe me, do an internet search for “meaning of Jacob’s ladder,” or words to that effect.  I imagine you’ll find two or three takes on it. 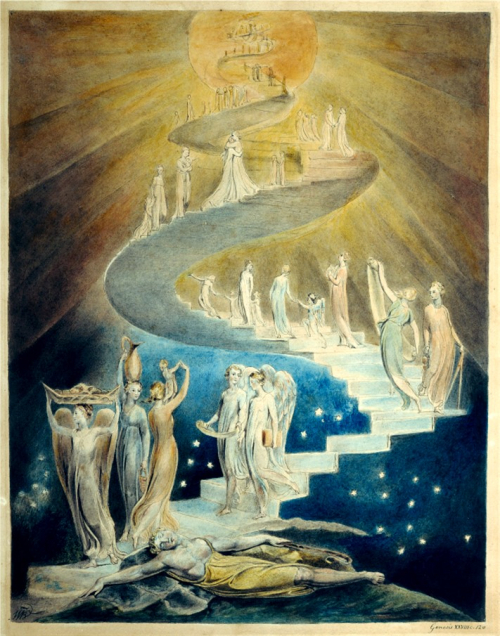 One that I find interesting and helpful comes from Ephraim of Sudlikov, a rabbi from eighteenth century Poland.  He speaks of the “ladder filled with upward and downward motion [as] a metaphor for the religious life of any human being here on earth.”[3]  Very briefly, when we feel a profound closeness to God, we are ascending the ladder.  When we feel a profound distance from God, we are descending the ladder.

Ephraim says there’s nothing wrong with this.  It is an integral part of the spiritual life.  It is who we are.  It shouldn’t be lost on us that “God shows this to Jacob precisely at a moment in which he is alone and afraid.  It is as if God seeks to reassure him: ‘This very sense of alienation and disconnection you feel may yet lead you to find Me in entirely new ways.’  Just as your spiritual life wanes, it may yet wax stronger than you yourself thought possible.  And the waxing may owe much to the waning.”

Jacob now realizes, “How awesome is this place!  This is none other than the house of God, and this is the gate of heaven” (v. 17).

Jumping ahead a few centuries, John’s gospel presents Jesus telling Nathanael, “‘Do you believe because I told you that I saw you under the fig tree?  You will see greater things than these.’ [By the way, in Hebrew thought, a fig tree was symbolic of prosperity.]  And he said to him, ‘Very truly, I tell you, you will see heaven opened and the angels of God ascending and descending upon the Son of Man’” (1:50-51).  John links Jesus himself with the gate of heaven.

How does Jacob finally respond to all of this?  He builds a shrine and calls it “Bethel,” which means “house of God” (v. 19).  Then he makes a vow in response to God’s promise of free and amazing grace.  He’s still not quite ready to fully trust God.  If you do this…then I will do that…

Thomas Whartenby tells us, “The man who has always lived by his wits now seeks to strike a bargain.  To the God who made gracious and unconditional promises, Jacob makes a very guarded and conditional vow: If you deliver, I will serve.  It is easier to build sanctuaries than it is to live the life of faith.  Conditional discipleship is much easier than unconditional surrender.”[4]  Can we all agree to that? 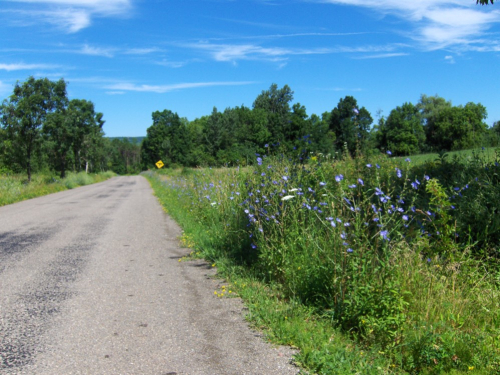 Still, it’s true, that is where God meets us—where God has been waiting to meet us.

[5] Since we’ve been able to see both of them at night recently!