“What happens in Vegas, stays in Vegas.”  We’ve all heard that.  Translation: whatever trouble, whatever debauchery, you get into on a trip to Las Vegas, don’t worry; it stays there.  You won’t have to face the consequences when you leave town.  The hijinks that occurred will never be mentioned!  Never mind that Las Vegas is a city where actual families live.  (Though I would question the wisdom of building a metro area in the desert.)  It still has the nickname “Sin City.”

I start with Las Vegas because it isn’t the only place in world history noted for its decadence.  Paul’s letters to the Corinthians are directed to a church in a city that could give Vegas some pointers.  Corinth is a major crossroads in the Roman Empire.  It’s a prominent hub of commerce; people from many nations, speaking many languages, and many social backgrounds flow through it.  Corinth provides a market for a variety of goods and services—that is, goods and services of all kinds, appealing to appetites of varying levels of decorum.

In fact, there was a verb that came into popular use: “to Corinthianize,” referring to engaging in promiscuity and immorality.

That is the city providing the background for Paul’s letters to the Corinthian church.  As I noted last month, this church has given him plenty of grief.  He’s had to get after them for being too lax, and then for being too strict.  They’ve split themselves up into competing factions; they’ve treated the poor with disrespect; they’ve chased after the latest fads; they’ve done these and many other things.  And as I said, to their credit, one thing they have not been is boring!  And that’s one thing you can say about the town they live in.  It is not boring—far from it.

That’s enough debauchery for right now, but rest assured, we will come back to it!

Here’s a very quick outline of 1 Corinthians.  The opening verses have the salutation, and then the first four chapters deal with divisions in the church.  Chapters 5 and 6 address a man and his stepmother (fill in the blank), church members dragging each other into court, and Corinthianizing.  In the middle part of the letter, chapters 7 to 10, Paul answers questions they have posed to him.  Chapters 11 to 14 are about order in worship.  Chapter 15 is about the resurrection, and chapter 16 is the conclusion.

I want to look at a passage in chapter 9 and a snippet from chapter 10.  This is in the section where Paul is fielding questions.  A common refrain among many of the Corinthians is, “Who do you think you are?”  Many folks have expressed uncertainty and/or hurled accusations regarding his role as apostle.  They are holding his feet to the fire.

Here’s where Paul wants to make a point.  He hasn’t exercised his full rights as an apostle.  He hasn’t asked for all he could.  Maybe given the, at times, problematic relationship, Paul wants to be as above reproach as possible.  He doesn’t want to give anyone an excuse to challenge his motives.  Still, in some peoples’ eyes, that will take some doing.

Imagine applying for a job.  One thing sure to be asked is, “Do you have any references?”  I think Paul has this one covered.  In verse 1 he asks, “Have I not seen Jesus our Lord?”  Not everyone can make that claim.  It looks like Paul might be qualified for the position, at least as far as Jesus is concerned—assuming he gave Paul a good reference! 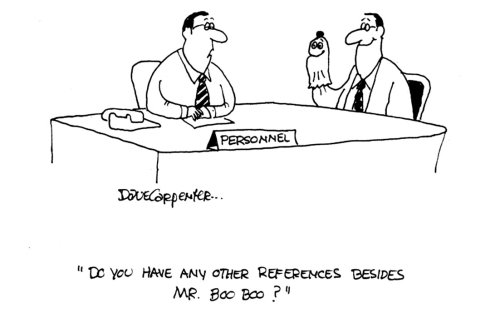 It’s important that Paul has his credentials in order.  His identity as an apostle is at stake.  And he needs credibility, especially since much of the discord hinges on people’s rights.

As noted before, Corinth is a cosmopolitan city, and the church reflects it.  Its members are primarily Gentiles, with the (as expected) background of pagan religions.  These would be Greek gods and whatever gods were imported by folks from near and far.

There was the question of eating food which had been sacrificed to pagan gods—to idols, as Paul would say.  Some of the food would be burned, but the leftover amount would go to local shopkeepers for sale.  Should Christian converts eat the food if they knew where it came from?  Paul says, “We know those gods don’t really exist.  But if someone who is still tempted to believe they’re real sees me eating the food, they might think, ‘Well, Paul’s joining in, so it must be okay!’”

The apostle is clear: I will not exercise my right to eat, if it means I will cause someone else to stumble.  It’s almost like serving wine in front of a recovering alcoholic.  (That would actually be a cruel thing to do!) 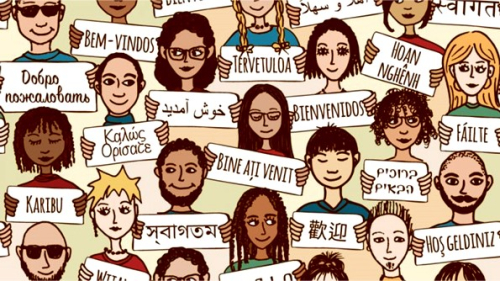 Understand, this isn’t saying anything goes.  It’s a commitment to forego his right to do something if it means someone else will be hurt.  That’s a crucial point to make.

Here’s where we come back to the notorious reputation of Corinth.  They have a saying which Paul repeats in chapter 10: “All things are lawful.”  And they do mean “all things.”  In this case, anything does go!

Still, even short of that, as Eugene Peterson reflected, “We want to live well, but our foremost efforts should be to help others live well” (10:24).

There was a question I used to hear when we were electing new officials.  It went along these lines: “Are you better off than you were four years ago?”  The implied suggestion would be “no.”  That sounds like a reasonable question.  However, I remember someone speaking of a truly Christian version.  “Are your neighbors better off than they were four years ago?”  I would love to hear that question asked.

This pandemically plagued planet has posed new problems.  For example, do we have the right to forego wearing masks in public?

There was a recent article in The Atlantic by Julia Marcus bearing the colorful title, “The Dudes Who Won’t Wear Masks.”[1]  The example given was former baseball player Aubrey Huff, who wrote on Twitter that he wouldn’t wear a mask inside any business, noting, “It’s unconstitutional to enforce.”  He also posted a video getting plenty of attention.

“In his video,” Marcus writes, “he appears to be wearing a seatbelt.  Yet unlike a seatbelt, which directly benefits the user, masks primarily protect everyone else, particularly people who are older or have underlying health conditions that make them vulnerable to the coronavirus.  Huff seems to understand this; he just thinks those people should ‘stay the [blank] home.’”  It looks like if he had his way, those who are more vulnerable, including children, should have their freedom curtailed, their rights restricted.

He ends the video by proclaiming, “I would rather die from coronavirus than to live the rest of my life in fear and wearing a [blank] mask.”  I guess my response would be, “He has the right to do that.”

(On a side note, I wouldn’t say I’m living in fear by wearing a mask.  I won’t deny it is tedious, and I’m still not really used to seeing people in public wearing them.  But no, I don’t think my motivation in wearing a mask is driven by fear!) 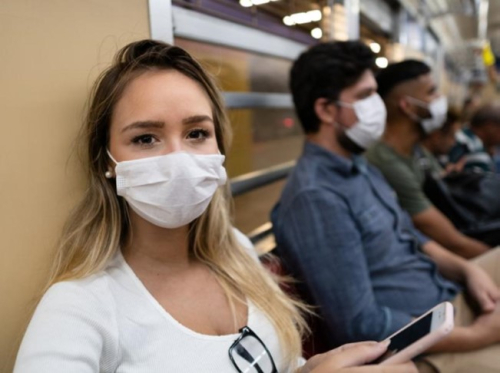 “I do it all for the sake of the gospel, so that I may share in its blessings” (9:23).  That’s what Paul the apostle says.  We squabble over our rights and close our eyes to the shining glory Jesus the Christ offers.  We fight over crumbs while a splendid banquet is set for us.

Our friend Mr. Huff would rather die from the virus than wear a mask.  Our friend the apostle Paul “would rather die than” insist on his rights.  Why?  So that “no one will deprive me of my ground for boasting!” (v. 15).  He isn’t boasting about himself; he has “no ground for boasting” (vv. 15-16).  He is boasting about our Lord, who has redeemed him, just as our Lord has redeemed us.

Because of that, we are held to a higher standard than those who don’t know the Lord—the standard of love.  And that is a rigorous standard.  It requires repentance, continual repentance, a continual changing of our minds.  It calls for our lives to be a witness to Christ, who puts others first.  At the end of the day, we find wearing a mask really isn’t such a sacrifice!

Why Lord, do you pour out blessings and meet us in these very difficult times?