Home Wellspring
prayer for Ordinary Time
because I can

death shall have no dominion

That is the first stanza of Dylan Thomas’ poem “And Death Shall Have no Dominion.”  As you might have guessed, it was inspired by Romans 6:9: “We know that Christ, being raised from the dead, will never die again; death no longer has dominion over him.”

Thomas speaks of bones being picked clean, sinking through the sea and rising again, lovers lost but not love itself.  After everything is said and done, death shall have no dominion.

(That poem has appeared in many places, such as in Steven Soderberg’s remake of the movie Solaris.  In one scene, we hear George Clooney reciting that same first stanza.  It was also featured in the show, Beauty and the Beast, starring Linda Hamilton and Ron Pearlman.)

We will revisit death’s having no dominion in a few minutes.

Chapter 6 begins, “What then are we to say?”  St. Paul’s asking a question about something, so let’s check out chapter 5.  Very, very briefly, he’s been talking about Adam and Christ.  Through Adam, sin entered the world.  Through Christ, grace has been extended.  And this isn’t a tiny drop of grace.  We read in 5:20, “where sin increased, grace abounded all the more.”  There is a superabundance of grace.  We are awash in grace.

So how do we answer Paul’s question?  “Should we continue in sin in order that grace may abound?” (v. 1).  Hey, that sounds like a plan!  Let’s pour on the sin, knowing a tsunami of grace is on the way.  If a little bit do good, a whole lot do better!  I imagine Paul would think about it for a moment, and say, “No way, José.” 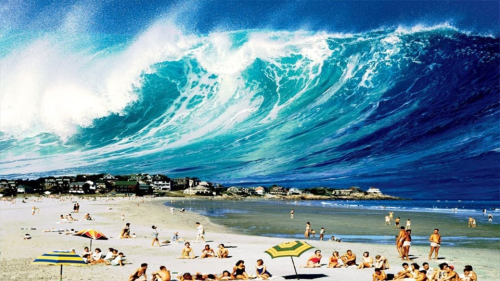 Instead, the apostle asks, “How can we who died to sin go on living in it?  Do you not know that all of us who have been baptized into Christ Jesus were baptized into his death?” (vv. 2-3).

Baptized into his death.  That is a serious way of looking at it.  And it’s also a quite visual way of “looking” at it.  That’s especially true for those of us who were baptized by immersion—going into the grave and being raised back to life.  Accordingly, I have a story of my own baptism.

On the evening of the 3rd of August in 1985, I had what I might call a mystical experience.  I was in college at the time.  I had been meditating on Isaiah 55:8-9.  “For my thoughts are not your thoughts, nor are your ways my ways, says the Lord.  For as the heavens are higher than the earth, so are my ways higher than your ways and my thoughts than your thoughts.”

I began to feel like I was being plunged into an ocean of love.  I was being baptized in love.  It was, as you might gather, a very powerful experience!

At the time, I did not go to church.  My mother, however, had begun attending an Assemblies of God church.  I told her I had this encounter with the Lord, and she said I needed to be baptized.  I really didn’t see the point in it.  What would it serve?  Didn’t God accept me as I am?  Her basic response was it was necessary to make that public profession of faith.

I eventually started attending church, though on a very sporadic basis.  Still, as the months went by, I began to sense baptism was for me.

So on a Sunday evening, the 3rd of August 1986, one year to the night I had my revelation of love, I stepped into the baptismal of the church, with its heated water.  There were two others who went before me: a boy about ten years old and an elderly woman, who upon being raised out of the water by our pastor, began speaking in tongues.

Then it was my turn.  Later on, after the service was over, I told my mother it felt like a huge weight had been lifted from me.  I could breathe.

[Someone is holding the shirt he wore during his baptism.]

So as I suggested a moment ago, I can relate to this business of dying with Christ and being raised back to life.  “We too might walk in newness of life” (v. 4).

“Though they sink through the sea they shall rise again.”

Paul says, “We know that our old self was crucified with him so that the body of sin might be destroyed, and we might no longer be enslaved to sin” (v. 6).

(By the way, if we read that bit about “our old self” being crucified with him in the King James language of “our old man,” the unfortunate question might be put to us, “Has your old man been crucified?”  We might wonder if they’re talking about a husband or a father.)

In any event, according to the apostle, we are no longer enslaved to sin.  We are not under its power.  We need not submit to its power.  But if we are really honest, sometimes we like that power!  When we’re presented with blessing and cursing, life and death, too often we go with the latter.  After all, in the hymn, “Love Divine, All Loves Excelling,” we sing the prayer, “Take away the love of sinning.”

I’m not sure when it happens, but at some point early in life, we discover manipulating people can be fun!

Something of which Paul assures us is “whoever has died is freed from sin” (v. 7).  That’s a good thing when what we’re considering is this matter of being crucified with Christ.  Of course, whoever dies is freed from a whole lot of stuff!

Paul continues, “But if we have died with Christ, we believe that we will also live with him.  We know that Christ, being raised from the dead, will never die again” (vv. 8-9).  And he finishes that thought in grand fashion: “death no longer has dominion over him.”

“And death shall have no dominion.”  If we have died to sin, what could that mean? 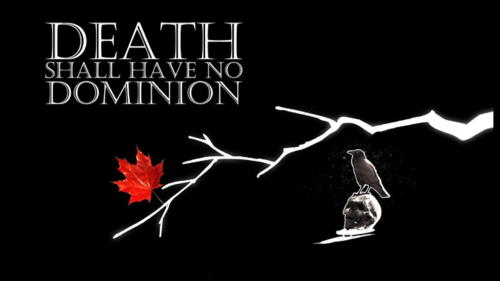 Israel Kamudzandu, who teaches at St. Paul School of Theology in Kansas City, comments, “Christians must always remind themselves that our old self, our culture, our rights, our private spaces, and the desires of our flesh were crucified with Jesus Christ. Our daily living must demonstrate our newfound and grace-filled status in Christ.”[1]

Being from Zimbabwe, he puts it on a global scale.  “Sin is like a foreign domination in that it dehumanizes and reduces one to a victim position and some people die as victims because no one is there to rescue them…”

I guess the sentiment expressed by death having no dominion is especially meaningful for us in our strange new world.  It is especially poignant.

A couple of weeks ago, I spoke of how we’ve been given a reset button.  What do we do with it?  Are there new lessons to be learned?  Are there old lessons that need to be re-learned?  The coronavirus has given us a sort of pause, so maybe we can use it to reflect on all that life is.  Quite immediately for us, it is our own life.  How do we embrace life and reject death?

In times like these, time is something that can take on a sense of sameness, of uniformity, maybe even of monotony.  Schedules can go out the window.  For the past few weeks, I have felt like Friday was Saturday.  I’m not really sure why.  One thing I can say is that when I realize it is indeed Friday, I’m relieved I didn’t lose a day!

We can embrace life by keeping our minds active, keeping them challenged.  Take this time to learn a new language; develop your artistic side; read good books; do some writing; do more writing.  (I think I’m preaching to myself on that one.)

Is it too far-fetched to say, by not stretching ourselves, we’re embracing death?  Paul says to us, “So you also must consider yourselves dead to sin and alive to God in Christ Jesus” (v. 11).  We are called to claim our identity.  As those who have been buried with Christ and raised to new life, we are called to be ourselves.  I find that difficult, and I don’t think I’m alone in that.

Why is it so hard to be ourselves?

“And death shall have no dominion.”  Following from that, what does have dominion is shalom (שׁלוֺם).  The Hebrew term shalom means far more than what our paltry English word “peace” entails.  It is absolute well-being, perfect harmony, Heaven on Earth!  Shalom reaches to God, embraces the neighbor, permeates our politics, cares for creation.  We find shalom within ourselves.  If we take the pause I mentioned a moment ago, if we’re willing to listen, we hear that silent voice coming from within. 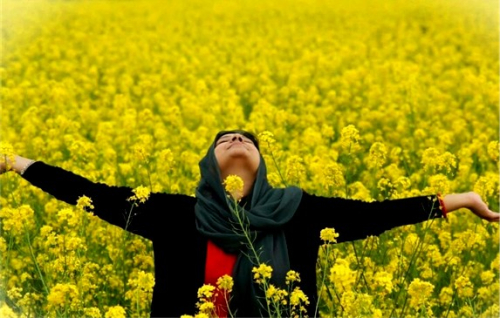 We are called to lay aside the foolish facade the world imposes on us.  We learn to stop the incessant posturing, the soul-draining competition that leads to death.  We kill our spirits struggling to prove that we’re good enough, that we’re worthy, that we deserve love.  The one who has defeated death says, “I don’t care about that stuff!  I offer grace abundant, grace superabundant.”

Death shall have no dominion.