the testing of Job

Let me tell you something that happened one day when I was in high school.  We were sitting in class (I forget which), and the discussion somehow turned to the Bible.  One of my classmates voiced his problems with believing it.  Referring to Genesis, he demonstrated God gathering some dirt, and—presto!—a human being.  (To be honest, even then I had my doubts that it happened quite that way.)

Then he mentioned the book we’re looking at today.  “God tortured Job!” he said.  At the time, I felt the need to open my mouth and say something.  My very enlightening response was, “It was a test.”  That’s all I had.  Of course, that only seemed to confirm what he had just said. 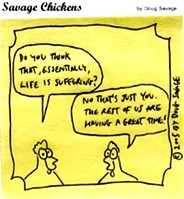 During all of this, our teacher was looking a bit nervous.  I don’t suppose it had anything to do with his theological viewpoint.  I imagine he was visualizing a conversation with the principal of our public high school as to how our class turned into a Bible study!

The book of Job, admittedly, is a challenge.  It’s mainly a series of poems, with Job, his friends, Elihu, a young man who seems to appear out of nowhere, and the Lord taking turns at speaking.  The long section of poetry is bracketed, front and back, by passages of prose.  The introduction and the conclusion have been recognized as a sort of legend about a saintly man who loses, in sequence, his wealth, his children, and then his health.  This ancient story sets the stage for the book of Job as we have it.

Why do bad things happen to good people?  We’ve all asked that or heard that question.  The frequent unfairness of life inevitably occurs to every human being at some point, usually when we’re still young.  I say it’s inevitable; it can’t help but happen, because we’re created in the image of God.  Some of what that means is that we have an innate, an inborn, sense of right and wrong.  We have a sense of justice.

Why do bad things happen to good people?  And Job certainly fits into the category of “good people.”  That’s how the book begins.  Besides being extremely wealthy (indeed, the richest man in all the East), Job is described as a good man—more than that, as a righteous man, one who reveres God.

It seems that something more fundamental is going on than the question, “Why do bad things happen to good people?”  The book challenges a key notion of how God deals with the human race.  It calls into question something that the orthodox faith of the day held about divine reward and punishment, which was: the righteous prosper, the wicked suffer.  Period.  Case closed. 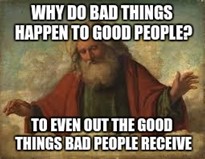 There are plenty of scriptures saying that very thing.  Here’s just one example, from Psalm 32: “Many are the torments of the wicked, but steadfast love surrounds those who trust in the Lord” (v. 10).

Don’t we all believe something like that?  You will reap what you sow.  What comes around goes around.  That’s what Job’s friends—Eliphaz, Bildad, and Zophar—keep telling him.  (By the way, there was a news report about an archaeological discovery.  A tablet was unearthed with an engraving of Zophar’s last name: apparently, it was Zogood.)

Our tendency is to feel that people ought to get just what they deserve.  That does seem to be the way of justice.  People should be praised or punished, based on what they’ve done.  That’s only fair.

Our scripture reading speaks to that.  I want us to notice something in the conversation between God and Satan.  In chapter 2, the Lord says that Job “still persists in his integrity, although you incited me against him, to destroy him for no reason” (v. 3).  For no reason.

It can be hard to remember that sometimes…stuff happens.  Pain, disease—something suddenly going wrong with the car—can leave us feeling like all the forces of the cosmos are arrayed against us.  It’s not that God is ticked off at us; it’s that we live in a world with a lot of complicated things going on.  The more complicated a system is, the more there is to it that can go wrong.

(I’m especially fond of cars nowadays that are almost completely computer-run.  That’s good until it isn’t.  I like having a car with a stick shift.  I sometimes think of it as an anti-theft device, since there are lots of people who can’t drive stick!)

There’s something we should note about the character called “Satan.”  Actually, in the book of Job, this creature is known in Hebrew as הַשׇׂטׇן (ha-satan), “the satan,” which means “the accuser,” “the adversary.”  In legal terminology, he would be a prosecuting attorney.  Actually, given his stature, he would probably be the district attorney! 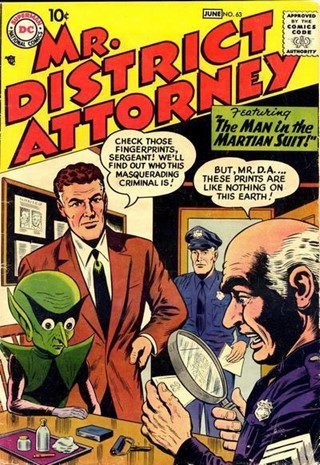 The decision to capitalize the word gives the wrong impression.  (By the way, the Hebrew language doesn’t have upper and lower cases.)  At this point in time, “Satan” is not considered to be a name; it’s just a title.  To the early Hebrews, he fits a necessary role.  “The satan” isn’t really seen as evil.  After all, God approves his plans, which might seem to bring us back to my high school classmate.

This “satan” says something we should notice.  In chapter 1, Job loses his wealth and his children.  Still, verse 22 tells us, “In all this Job did not sin or charge God with wrongdoing.”  Now, in chapter 2, here’s what the Accuser says: “All that people have they will give to save their lives” (v. 4).  Thus, the attack on Job’s health.

“All that people have they will give to save their lives.”  Is that true?  In the story, Satan refers to Job’s wealth—and even to his children.  It’s an unflattering picture he paints of Job, and for that matter, of everyone.  What would we give to save our lives, to save our skins?  What is our price?  How about our integrity?  It’s hard to say what we would do until we’ve walked in Job’s shoes.

Job’s friends hear of the horrendous things that have happened to him, and wanting to comfort him, they set out together to go and see him.  That right there says something.  They choose to put themselves out and go to their suffering friend.

The scripture says, “When they saw him from a distance, they did not recognize him” (v. 12).  I, like others, have had the disconcerting experience of seeing those who’d been, so to speak, through the meat grinder—and at first, not recognizing them.

That really hits home for some of us.  Several years ago in a different church, we visited our hospitalized organist, and I thought we’d entered the wrong room.

Job’s friends go through the ritual of mourning, of grief.  They weep; they tear their robes; they throw dust in the air, and they sit down on the ground with Job.  No one says anything.  According to the text, this goes on for “seven days and seven nights,” a poetic way of describing the long time they keep a silent presence with him. 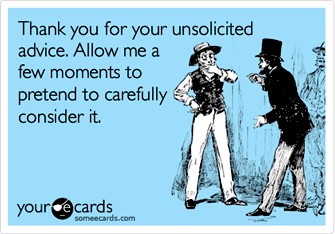 Remember my “Zophar Zogood” attempt at a joke?  Well, let me say that for Job’s friends, it is “so far, so good”: at least, regarding their behavior.  They’re doing a very difficult thing.  They are being there with their friend in the midst of his pain.  Anyone who’s done that understands the difficulty—but also the love.  It isn’t until they open their mouths and start giving unwanted advice that Job’s friends earn the description “miserable comforters” (16:2).

Hearing them go on and on and on seems to help Job realize he’s now grown beyond the level of faith and understanding at which they’re stuck.  He’s been forced to do it!

Maybe some of us can relate to Job.  Maybe you find yourself in unfamiliar terrain, in which the supports of the past have failed.  Old certainties have turned out to be illusions.  (By the way, that’s not an entirely bad thing!)  Life has led you down paths that you never would have chosen.  The testing of Job is the testing of ourselves.

I want to finish with some words from Richard Rohr, who wrote a very interesting book, Job and the Mystery of Suffering: Spiritual Reflections.[1]  He speaks to that lonely feeling when it seems like the whole world has tossed you out like trash.

“When you are feeling abandoned,” he writes, “pick up Job’s book and speak Job’s prayers and know they have been prayed before and that we are part of a great history and we are all in this together.  There are no feelings we feel that others have not felt before.  At such times, in our prayer, we unite ourselves in solidarity with others who suffer and who have suffered before us.

“Often, that’s the only way out of self-pity and a preoccupation with our own feelings.  We have to choose solidarity and the ‘communion of the saints.’  There, we realize we are carrying the weight of our brothers and sisters, and they are carrying ours.”[2]