Home Wellspring
zero the hero
how are we called?

It’s not every presbytery meeting that has a worship service that seems especially meaningful to me, which is understandable, since not every service can speak to everyone in the same way every time.  Still, I’ve been to some meetings when it felt like the people putting the service together were trying to be a little too cute.  Sometimes it’s just been boring.

Please understand, I’m not expecting to be entertained, but a worship service should help us into something of a sacred space.  Among those I have found most meaningful was one several years ago in a different presbytery which focused on giving thanks, on gratitude.

It wasn’t the theme so much that struck me, but there were other aspects, such as the hymns we sang.  One of them was, “Let All Things Now Living.”  There was also a time when symbolic gifts were brought forward, as signs of thankfulness.

Something that really stayed with me was how one of the pastors concluded the Prayers of the People.  After going through the various praises and intercessions, he finished with this: “Help us to accept the truth about ourselves,” and then he paused.  I was mentally finishing the sentence with something like, “no matter how proud we might be” or “no matter how startling it might be.”

But I was wrong.  What he said was, “Help us to accept the truth about ourselves…no matter how beautiful it might be.”  No matter how beautiful it might be.  You know, I almost wished that he had concluded on one of those more negative notes—like something I’d been anticipating.  Maybe no one here feels the way I do about it, but sometimes it seems like being reminded of our failings, of our shortfalls, can in a strange way, actually feel better than being told how creative and radiant we are.

It can feel better because, even though this really isn’t true, it seems to give us an excuse for not being more than what we are.  It’s a convenient cop-out.  But if we’re reminded that, in Christ, there are no limits—if we say with the apostle Paul in Philippians 4:13, “I can do all things through him who strengthens me”—then we’re left with the question: What will we do about it?

Some people in our scripture readings today have that question to answer.  In both our Old Testament and Gospel readings, the glory of God is revealed.  Being chosen for such an intimate encounter would no doubt dramatically change one’s outlook on everything.  After such an experience, nothing is ever the same again.

In Exodus 24, Moses and a group of the leaders of Israel are summoned by God to Mt. Sinai.  Words fail to describe what they see.  “Under his feet there was something like a pavement of sapphire stone, like the very heaven for clearness” (v. 10).  And they are convinced that it is God they see.  The next verse tells us that “God did not lay his hand” on them; God did not strike them.  They would have expected death.  Everyone knows you cannot see God and live to tell about it!

Moses, of course, is the one who is summoned even farther.  He goes up to the top of Sinai where, as the scripture says, he spends “forty days and forty nights” in the presence of God (v. 18).  The result of all this enlightenment is that Moses brings God’s law to the people.

In our Gospel reading, Matthew’s version of the Transfiguration of Jesus, it’s Peter, James, and John who have an intimate encounter with the glory of God.  In their case, it’s their teacher and friend through whom they see that divine radiance.  Jesus reveals to this privileged trio the true nature of his being.

How does this happen?  People of many different cultures have traveled to the tops of mountains to meet their gods.  The ancient Greeks believed that Mt. Olympus was the home of their gods.  The indigenous peoples of Africa, Asia, and America have had mountains of their own.  Elsewhere in Exodus, we see Moses’ face shining when he comes down from Sinai (34:29).  Something similar happens to Peter and his friends.  We’re told that Jesus’ “face shone like the sun, and his clothes became dazzling white” (Mt 17:2). 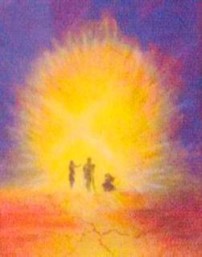 Peter seems oblivious to all of this.  He babbles something about building three shelters for Jesus, Moses, and Elijah.  Peter wants to stay on the mountain, literally and metaphorically.  He wants to enshrine this experience.  But what happens?  We’re told “a bright cloud overshadowed them, and from the cloud a voice said, ‘This is my Son, the Beloved; with him I am well pleased; listen to him!’”  The heavenly voice terrifies them, but Jesus calms their fears.

He leads Peter, James, and John back down the mountain.  He takes them back to their lives in the world.  And just so they know, they’re not even to talk about what happened up on the mountain.

Isn’t that how the transfiguration story is usually explained, at least regarding Peter?  Poor, stumbling Peter.  Poor, stumbling thick-headed Peter.  He prattles on about putting up tents, but he’s missing the whole point of he and his friends being there.  Lending support to this view are the versions in Mark and Luke about his not knowing what in the world he’s talking about (Mk 9:6, Lk 9:33).

The lesson we’re to learn is to not be like Peter.  Remember that we can’t always have those mountain top experiences.  And just like Peter, we should also remember that Jesus understands and builds his church with imperfect disciples like us.  We, like Peter, are destined for greater things.

Actually, that’s not such a bad thing to take from this story.  But is that all there is to it?

Methodist pastor Jason Micheli offers some thoughts.[1]  He admits he also has simply focused on the lesson I just mentioned.  There is a mistake, however, in concentrating on Peter and his apparent failures.  Why doesn’t Jesus correct him?  If Peter gets it so wrong, why doesn’t Jesus set him straight?

“Indeed in this image of the transfigured Christ, Peter sees the life of all lives flash before his eyes.  In one instant of transfigured clarity, Peter sees the humanity of Jesus suffused with the eternal glory of God, and in that instant Peter glimpses the mystery of our faith: that God became human so that humanity might become like God.  This is where the good news is to be found.”

God became human.  God entered into our matter, as frail and fragile as it is. 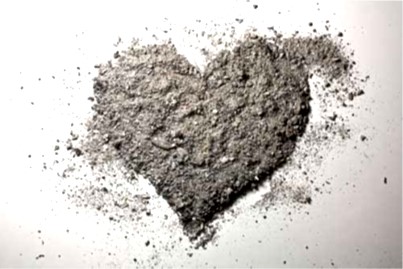 A couple of weeks ago, Banu and I returned from study leave in Tennessee.  (We stayed with my mom, who was pleasantly and overwhelmingly surprised at how friendly and loving Ronan is.)

The feature of our trip was a visit to Penuel Ridge Retreat Center.  It was named for the place in Genesis where Jacob wrestles with the angel, and his name is changed to Israel, which means “one who strives with God” (Gn 32:22-32).  The center is in Cheatham County, which is an interesting county.  It’s almost hidden.  It’s a short drive from Nashville, and then you’re in hilly country; you might not know there’s a major metro area nearby.  The retreat center was located there partly with that in mind.

When we visited, we were cognizant of the soon-approaching Lenten season.  The day of our visit was an overcast one, punctuated by intermittent drizzle.  I won’t speak for Banu, but I think we both enjoyed the atmosphere—with the effects on body, mind, and spirit.  It was soul-enriching.  I was once again reminded of what retreat is meant to be.  We weren’t exactly on a mountain like Sinai or the mount of Transfiguration, but we were indeed on a ridge high above the Cumberland River.

At one point, I was reflecting and writing in my journal images that came to me.

“Penuel Ridge Retreat Center.  Gray day.  Sacred gloominess.  Conversation with the director.  Prosaic, yet brimming with possibility.  Traffic on the road fronting the property.  Mud.  Fire failing in the Duraflame-logged fireplace.  Water drops.  Banu behind me at the desk, paper shifting, rustling.

“My own thoughts, wondering how I can use this—how to put it into a sermon or a blog post.  (Of course.)”  That last bit is something of a confession of sin!  How can I use this, instead of simply letting it be? 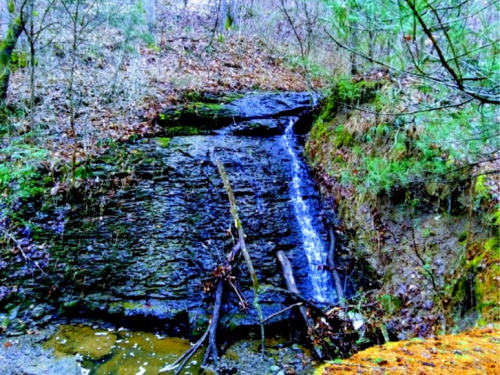 {scenery from Penuel Ridge, with a psychedelic touch}

As we think of the retreat house next door,[2] perhaps Transfiguration isn’t a bad image to use.  Transfiguration, a metamorphosis revealing the fire within, seems appropriate.  And yet, after the fire, we have the ashes.  The ashes, representing our mortality, remind us that we are dust, and to dust we shall return.

There is the busyness of being in a city (albeit a small city) along an often-busy thoroughfare.  It can be easy to miss the gift of retreat in the midst of all that.  That is a challenge for all of us—to see in the ordinary (especially an ordinary we’ve probably grown too used to) the fire within.  Our challenge is to claim the privilege of sacred space, there and here.

Help us to accept the truth about ourselves…no matter how beautiful it might be.