Home Wellspring
a large spirit
do not break; do not extinguish

shining in the dark

The introduction to the gospel of John is no mundane matter.  Every verse is packed (maybe we could say over-packed) with meaning.  Notice how it starts: “In the beginning was the Word.”  We’re off on a cosmic adventure.  There are all kinds of jaw-dropping, mind-blowing stuff.

Gail O’Day talks about the “cosmic, transtemporal dimension of the Prologue.”[1]  It goes beyond time itself! 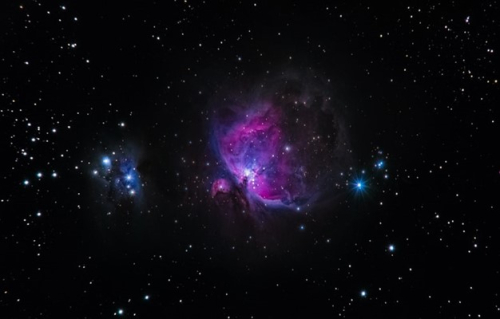 As the Christmas season gives way to the Epiphany of the Lord, it does so bathed in, and in preparation for, light.  Light is powerful, and there are those who say it must be infused with even more power.

Thomas Hoffman feels that way.  He offers comments in Caryll Houselander’s book, A Child in Winter.  Houselander was an English artist, writer, and mystic who, as the introduction to the book puts it, “comforted and challenged the English-speaking world through the ravages of World War II and the London Blitz.”[2]  A Child in Winter is a book of her devotionals covering Advent, Christmas, and Epiphany.

Hoffman speaks of light as coming “pretty inexpensively and maybe even too conveniently to us.”  We have ready access to light, thanks to the power grid, batteries, cell phones, and so on.

He says, “We have grown accustomed to [this] being a season of light, but let’s agree to make this…a season of fire.  Be consumed by the energy that dwells and is growing within.  Let it burn in you.  Let God use fire to purify the cosmos through you.”[3]  It truly is a cosmic adventure!

I really like verse 5: “The light shines in the darkness, and the darkness did not overcome it.”  Hang on to that thought; I’ll be coming back to it.

Very quickly, here are some other highlights in John’s introduction.

“The true light, which enlightens everyone…was in the world, and the world came into being through him; yet the world did not know him” (vv. 9-10).

Then there’s the grand statement of incarnation: “the Word became flesh and lived among us” (v. 14).  It’s the over-arching meaning of Christmas.  In the human being called Jesus, “we have seen [the Word’s] glory, the glory as of a father’s only son, full of grace and truth…  From his fullness we have all received, grace upon grace” (vv. 14, 16).  Or as the New Jerusalem Bible puts it, “one gift replacing another.”

We can see incarnation as something that transcends even Jesus; we can see it including the whole universe.  Without the Word not one thing came into being.

Let’s go back to verse 5.  “The light shines in the darkness, and the darkness did not overcome it.”  What is that all about?  The word for “overcome” in Greek (καταλαμβάνω, katalambanō) has a variety of connotations.  It can mean “to grasp,” “to seize by force.”  Were darkness and light in a wrestling match, and darkness went down for the count? It can also mean “to comprehend” or “to understand.”  We use our English word “grasp” in both physical and mental ways.

I have a little story, though it’s not the most dramatic of stories.  It deals with something from my childhood.

For a couple of years when my sister and I were in elementary school, my mom took us to church.  (Long story short: this was an independent church, similar to a Baptist church.  Our attendance started to get a bit spotty, gradually moving to once a month, then not at all.  Years later, however, we did return to church!)

Anyway, back to my original thought.  There were times during the worship services when I would watch the pastor closely while he was preaching.  I was fascinated.  I couldn’t understand where he was getting all this stuff.  Was he reading the same Bible I was?  I read the same words…and nothing.  I was dumbfounded.  I couldn’t grasp it.  I’m not trying to equate myself with “darkness,” although it’s safe to say I was in the dark.

As I said before, this might not seem like a dramatic or remarkable story, and maybe we could just write it off because I was young, but it left a vivid impression on me.  And in some small way, there was a sense in me that I would be called to do what he was doing—preaching the Word.  I wanted no part of that, thank you very much!  But God has a way of taking our saying “no” and turning it into “yes.”  So maybe there was a hint of darkness not being able to defeat, to grasp, to comprehend the light.

We have a thought similar to darkness not overcoming the light in verse 10.  “He was in the world, and the world came into being through him; yet the world did not know him.” 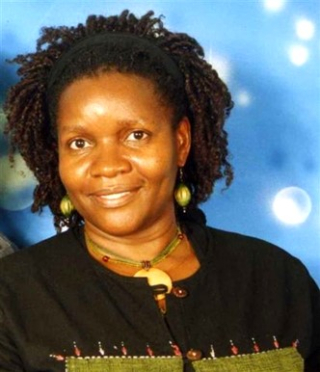 Musa Dube, a theologian from Botswana, offers her thoughts.  “Those who fail to believe or recognise the Word have missed a chance to know and associate with forces of power, forces of creation.”[4]  She doesn’t pull any punches.  The unbelieving “deny themselves grace and the knowledge of God, which can only be received from the Word.  In sum, those who do not believe or recognise the Word, identify with death, failure, powerlessness and ignorance.”

Today is Epiphany Sunday, and we are reminded of the visit of the wise men.  They came, following the light.  Too often, we end the story with the gifts of gold, frankincense, and myrrh.  But that’s not the end of the story.  The sandman visits them and tells them to take a detour on the way home.  (I wonder, did they have a collective dream, or did one have the dream and tell the others about it?)

Herod wanted them to come back and let him know the address of this young king of the Jews.  After all, he insisted, he wanted to pay his respects.

When Herod hears the wise men took off, he’s furious and sends his goons to commit mass murder.  However, Joseph and Mary make a night-time escape and flee to Egypt.  The word used for “flee” is φευγω (pheugō), to take refuge.  It’s where we get our word “refugee.”

The Holy Family flees darkness.  Through Herod, darkness attacks light.  Darkness would overcome light.  However, light is shining in the dark.

And the story continues; it continues with us.  How comfortable are we knowing and associating with, as Dube says, forces of power and forces of creation?  (Don’t answer too quickly!)  How often do we identify with—how often do we relate to—death, failure, powerlessness, and ignorance?

I know I have my work to do.

We can take a clue from Thomas Hoffman.  Be consumed by the energy that’s growing within.  Let it burn.  Let’s let God use fire to purify the cosmos through us, to purify everything and everyone around us.  That fire is the fire of the Spirit.  We can’t really welcome the Word in our own strength.  We can mentally agree with a doctrine of the Word—we can mentally assent—but that alone won’t purify or revolutionize us.  To unleash the Word in us is the power of the Holy Spirit.

Again, I know I have my work to do!

From his fullness we have all received, grace upon grace, one gift replacing another.  Don’t be satisfied with gifts received in the past; yearn and pursue even greater gifts from God.  Let us remind ourselves, as I do, God yearns to complete our deepest joy—and give even deeper joy, a joy of shining in the dark.

How is that for a promise as we enter this new year—this new decade?