all the welkin rings

Psalm 148 is a song of praise, and it is an expansive one.  It’s about as expansive as you can get.  It includes the entire cosmos!  Verse 1 says, “Praise the Lord!  Praise the Lord from the heavens; praise him in the heights!”  The psalmist surveys everything within his understanding of the universe; the poet calls everything to praise the Lord.  (Special note: there could be other universes.)

There’s an interesting note about Charles Wesley, the hymn-writing younger brother of John Wesley.  We’re told that “the Christmas carol, ‘Hark the herald angels sing’ was originally written by Charles Wesley to read ‘Hark how all the welkin rings’…  The entire ‘welkin,’ the entire sky and heavens, ring with the chorus of praise that embraces all creatures in their joy that the Creator has entered into creaturehood with them, for the salvation of all.”[1]

There are some scientists who are beginning to take notice of this kind of stuff, though they wouldn’t use the poetic phrases of a Christmas carol.  In his book, Cosmic Jackpot, theoretical physicist Paul Davies deals with one of the biggest questions of all:  why is our universe able to support life—why is it friendly to life?[2]  In his terminology, there’s no guarantee that, after the big bang, the universe would expand in a way that would allow stars to form, with planets orbiting around them.  He goes into variations of what’s known as the anthropic principle.[3]

However for me, anyway, scientific ideas like that cast Christian ideas, like the second advent of Christ, and Christ as Alpha and Omega, in a new light.  They provide insights into psalms like the one we have today.

As I suggested, Psalm 148 is an all-encompassing psalm.  It begins with what is the most distant (“the heavens,” “the heights”), and gradually moves closer to home—to what is more familiar.  We eventually get to earth, where the forces of nature are called upon to praise the Lord.  Then a little closer, the mountains and trees—and animals, both wild and tame—hear the summons to praise. 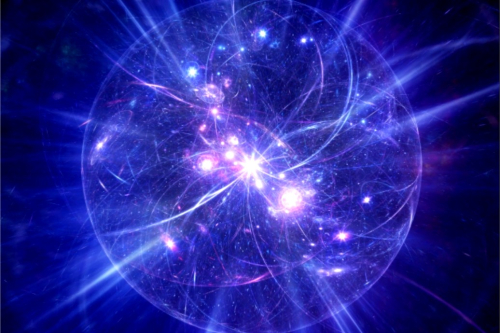 Finally, we get to the human race.  The high and the mighty, as well as the low and the humble are addressed.  Last of all, in verse 14, the “faithful,” “the people of Israel who are close to him” hear the call: “Praise the Lord!”

Something that got my attention is verse 7: “Praise the Lord from the earth, you sea monsters and all deeps.”  There’s a real sense of dread at what lies down below the surface of the sea.  In his translation, Gary Chamberlain uses the rather colorful phrase, “Ocean deeps and dragons.”[4]  This taps into the visceral fear of what dwells in the depths.

If we can call upon the heights to praise, that which we glory in, then we must also turn our attention to the depths, that which we fear and loathe.  That which dwells in the shadows—the darkness that we avoid—is called to come into the light to join in the work and privilege of praising God. 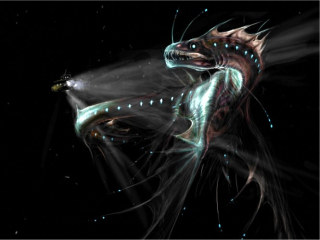 In some way, at some level, praising the Lord is bound up with understanding our place in the universe.  And more than understanding it—celebrating it, not working against it.  It seems that it is only we humans who are able to act against our own nature.  Rocks and rivers don’t have that ability.  Neither, it seems, do maples nor mice.

How do we find and celebrate our place in the universe?  How do we join in the cosmic dance of praise?  How do we take part as all the welkin rings?

A key aspect of that is stewardship.  We humans have the privilege and responsibility of being stewards of creation.  Sadly, for much of creation, our role as stewards has been a curse.  With our cruelty, pollution, and violence, it continues to be a curse.  If we humans were to suddenly disappear, I don’t think planet Earth and everything within it would miss us very much!

Stewardship is another of those expansive terms.  It encompasses a whole lot of stuff!  Too often in the church, the word is relegated to so-called “stewardship drives.”  (And on that point in particular, we often think of it as what we “have” to give, as opposed to what we “get” to give!)  In Genesis 2, God puts humans in charge of the garden.  It’s something we address throughout all of life.

The scientist Stephen Jay Gould, who died in 2002, once made a comment I believe illustrates this, even though that was not his intention.  He said due to a glorious accident, we have become “the stewards of life’s continuity on earth.”  He agreed we are stewards of creation, although he didn’t use the word “creation.”[5]

It is a very good thing that we continue to learn, but at times I’m reminded of God’s responses to Job, after he has questioned the ways of God.  Job is asked things like, “Which is the way to the home of the Light, and where does darkness live?” (38:19, New Jerusalem Bible).  Or this: “Will lightning flashes come at your command and answer, ‘Here we are’?” (38:35).  There are always mysteries, things to discover!

One of the most wonderful discoveries is, as the psalmist says, how God “has raised up a horn for his people,” that is, raised up strength for the faithful (v. 14).  As we find our place in the universe, as we joyfully accept our call to be stewards, we receive strength from God and pass it to all those around.

Rachel Wheeler wrote an article titled, “Of Trash and Treasure: Implications of Zero Waste for the Spiritual Life.”  In it, she reminds us, “Everything…is designed for you to throw away when you are finished with it.  But where is ‘away’?  Of course, ‘away’ does not really exist.”[6]

She has an interesting take on Jesus’ feeding the multitude as it’s presented in John’s gospel.  “What do we make of Jesus feeding the five thousand when he is reported as instructing his disciples, ‘Gather up the fragments left over, so that nothing may be lost”[7] (Jn. 6:12, NRSV)?  Other translations use the language of waste: ‘Let nothing be wasted,’[8] the implication being Jesus and his disciples gathered up what was left over, not just to indicate the generous nature of the miracle, providing more than enough for those gathered, but also to set an example for others.”[9]

My mom used to tell me, “Waste not; want not.”  What we throw away, we leave for others to deal with. 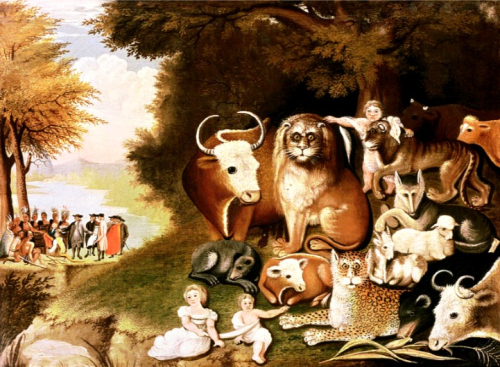 Does all of this sound like it only has a tenuous connection for this Christ the King Sunday?  That might be true if we were dealing with just any king.  But this is a king—and a kingdom—like none other.  It’s a kingdom that is based, not on power, at least not power the way we usually envision it.  It is a peaceable kingdom, as envisioned in Isaiah 11.  The good news, the gospel, of that kingdom is good news for all of creation.  It is an expansive, all-encompassing gospel.  The Hebrew term shalom doesn’t simply refer to our ordinary word “peace.”  It is an expansive, all-encompassing peace.  It points to heaven on earth.  “For God so loved the world…”

As we truly praise the Lord, we draw closer to the King.  We show ourselves to be citizens of that realm. 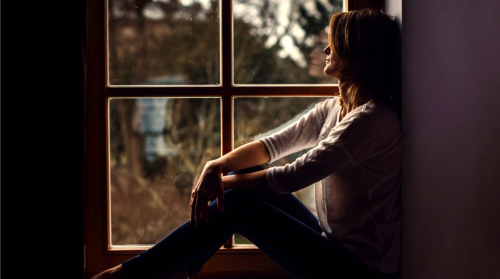 [8] Revised English Bible: “so that nothing is wasted”