who do you think you are?

I want to begin with a question.  How many of you can think of someone from your past, maybe even early childhood, who for you is summed up by a certain image or incident?

{Is this fellow summed up by a single image?}

Let me give an example.  When I was in second grade, there was a kid in my class named Jon.  For some strange reason, he would turn his eyelids inside out.  The first time he did it, it scared me, and I started crying.  That was a mistake!  Once he saw that, he made a point of turning his eyelids inside out and then trying to get my attention.  I don’t recall crying anymore, but it still freaked me out.

And to this day, that’s the image I have of Jon.  He was the creepy kid who would turn his eyelids inside out.  Forever and ever, that is who he is!

It’s a common thing, really, to go from our memory and decide that we have them figured out.

In the gospel reading from Mark 6, Jesus goes back to his hometown and encounters something like this.  We’re told, “On the sabbath he began to teach in the synagogue, and many who heard him were astounded.  They said, ‘Where did this man get all this?  What is this wisdom that has been given to him?  What deeds of power are being done by his hands!  Is not this the carpenter, the son of Mary and brother of James and Joses and Judas and Simon, and are not his sisters here with us?’  And they took offense at him” (vv. 2-3).

Brian Stoffregen has said, “It is essentially their knowledge of Jesus that keeps them from really knowing and benefiting from [him].  Could this be a warning to all people who think that they know Jesus, but, in fact, may misunderstand and reject the real Jesus?”[1]

I think there’s more truth in this than we would like to admit.  We can possess plenty of Jesus “trinkets.”  We can be acquainted with Jesus.  In fact, we can know quite a bit about Jesus…without knowing Jesus.

The people in Jesus’ hometown thought they knew him.  They remember when he was “knee high to a grasshopper”!  And this recent behavior has them confused.  Isn’t he the carpenter?  What’s he doing acting like a rabbi?  Who does he think he is?

The Greek word translated as “carpenter” is τεκτων (tektōn), but it has more than one meaning.  It can refer to any “artisan” or “craftsman.”  It can even mean “artist,” like a sculptor.  So we’re not entirely sure that Jesus was a carpenter, but it’s a pretty safe bet.

The point is, in the eyes of the local folks, he wasn’t staying in his place.  Jesus wasn’t sticking to what they always thought he would—or should—be!  “And they took offense at him.”  The word is σκανδαλιζω (skandalizō), which means they were scandalized by him.  But that’s putting it mildly.

In chapter 4 of his gospel, Luke does better than Mark in capturing anger at Jesus: “When they heard [him], all in the synagogue were filled with rage” (v. 28).  They go ballistic.  They’re so mad that they want to throw Jesus off a cliff, but he slips away before they can execute their plan (and him)!

Something else to notice is that Jesus is called “the son of Mary.”  In their culture, men carry the names of their fathers, such as “James son of Zebedee.”  Referring to Jesus as “the son of Mary” is a not-so-veiled way of saying that he is illegitimate.  We see a suggestion of it again in John 8:41.

It’s been noted that “the refusal—or inability—of Jesus’ neighbors to accept his status confirms what [we’ve seen so] far: the world’s standards of judgment appear to run headlong into God’s ways.  Jesus does not measure up.”[2] 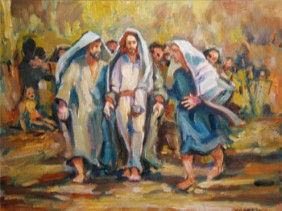 It’s not like Jesus is deliberately being stubborn.  He’s not doing things simply for shock value.  But he recognizes the unjust nature of so many of his culture’s traditions.  And that often includes the role of the family.  Jesus sees that “there is a higher priority than family power and obligation.”  William Loader has suggested, “Family power, meant to empower one to independent adulthood, frequently aborts the process, and becomes a source of oppression.”[3]

This surely is no surprise to any of you.  We all know people, and families, who have squashed the dreams and gifts of one of their own.  This can be done actively:  through ridicule or even abuse.  Or it can be done passively: through neglect or lack of encouragement.  Some of you might have firsthand experience with this.

Our Lord models for us a new way of being a family.  (And I would say, a better way of being a family.)  It’s been said, “That may well mean leaving the natural family behind, a revolutionary thought—and a healthy one.”[4]  That’s what the church should be: a family at a deeper and more profound level than those tied to us by blood.  (But then, perhaps it’s the blood of Christ which ties us together!)

Verses 4 to 6 tell us that “Jesus said to them, ‘Prophets are not without honor, except in their hometown, and among their own kin, and in their own house.’  And he could do no deed of power there, except that he laid his hands on a few sick people and cured them.  And he was amazed at their unbelief.”  He was amazed, astonished, dumbfounded.

Their minds are already made up about him.  They prefer the picture they have in their heads, as opposed to the living Jesus.  That’s what they’re comfortable with.  They think they have him all figured out.  One of my favorite bands, King’s X, sang, “There is no room inside a box!”  That’s no place for Jesus—or for those who, in second grade, turned their eyelids inside out!

The late Bruce Prewer commented, “The low expectations from within one’s locality, not only underrate the gifts and possibilities of a ‘local,’ but can also actively inhibit the development of such gifts. Numerous people have been grossly restricted by the low expectations of those around them. Many have to go elsewhere to be truly be themselves. 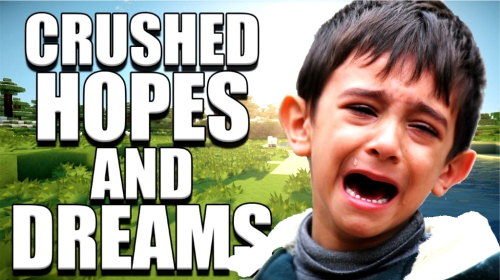 “As I see it, fostering low expectations is one of the devil’s most canny stratagems.”  Who do you think you are?

People with “low expectations can inhibit or constrict your enlarging identity in Christ.  They rarely notice your developing gifts, or give you gracious affirmation in your accomplishments.”[5]  They’re the ones who are sure to pour cold water on the things that make for life—the things that foster joy and hope.  Although, I suppose we all do that, at least on occasion.  But there are people who seem to be expert at it.

Sometimes, low expectations appear as wolves in sheep’s clothing.  They come to us cloaked as otherwise good and even noble considerations.  How many genuine promptings from God (not personal agendas) get buried amid concerns that we’ve never done it that way before…or we can’t afford it…or we should assign that to a committee and let them study it for the next few months?

“Be lofty in your expectations for yourselves and for other Christians, and be generous with yourself and with them when you stumble.  A stumble does not characterize your true future, but Jesus Christ does.”[6]

If it feels like I’m saying, “do more,” that’s not it.  It’s not enough to simply be busy.  Instead, what does God ask?  Mark tells us about the instructions Jesus gives to his disciples.  I like how Eugene Peterson paraphrased verse 12: “They preached with joyful urgency that life can be radically different.”  That’s his take on the message of repentance.

As I move towards my conclusion, I want to share with you something attributed to Nelson Mandela.  It actually appears in a work by Marianne Williamson.  Still, it sounds like something Mandela would have quoted! 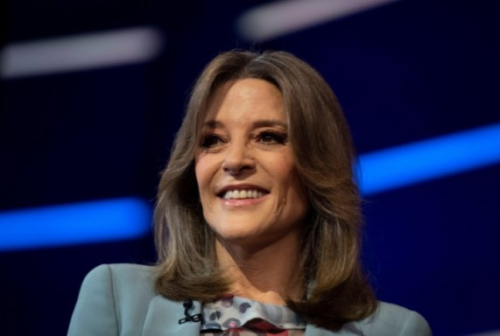 “Our deepest fear is not that we are inadequate,” she writes.  “Our deepest fear is that we are powerful beyond measure.  It is our light, not our darkness, that most frightens us.  We ask ourselves, who am I to be brilliant, gorgeous, talented, and fabulous?  Actually, who are you not to be?  You are a child of God.  Your playing small doesn’t serve the world.  There is nothing enlightened about shrinking so that other people will not feel insecure around you.  We were born to make manifest the glory of God that is within us.  It is not in just some of us; it is in everyone.  And as we let our own light shine, we unconsciously give people permission to do the same.  As we are liberated from our own fear, our presence automatically liberates others.”[7]