Home Wellspring
elements of the world
a bucket of magic

I serve on our presbytery’s Committee on Representation.  As with most presbyteries in our denomination, the percentage of our membership is overwhelmingly white—much higher than the national average, even higher than the local population.  The percentage of people over the age of 50, indeed over the age of 60 (how about 70 or 80?), is way over the national average.

A Committee on Representation looking at those factors might be excused for throwing up their hands in despair!  Depending on the circumstances, a congregational nominating committee might have a similar reaction!  But representation encompasses a wide variety of fascinating goodies, including as our Book of Order says, “due consideration to both the gifts and requirements for ministry” (G-3.0103).

Consider a couple of passages from the gospel of St. Luke.  Jesus calls his disciples together (how many of them were there to choose from?) and selects his inner circle.  There seems to be a diversity in occupation, social status, and who knows—in favorite food? 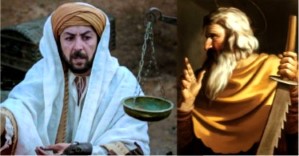 Two of the more interesting choices are Matthew the tax collector and Simon the Zealot.

First, let’s look at Matthew.  Tax collectors were hated by the Jews.  It wasn’t simply that they collected taxes(!), but that they were corrupt.  The Roman Empire designated an amount to raise through taxation, but Matthew and his kind were free to collect over and above as much as they wanted.  They could do this with almost complete impunity.  After all, they enjoyed the protection of Roman soldiers.  Extortion doesn’t do much in the way of winning friends—neither does collaborating with a despised foreign government!

As for Simon the Zealot, he identified with a group “zealous” in their observation of Jewish religious law and practice.  The Romans did have a way of throwing up roadblocks to those things!  In their opposition to Roman attempts to suppress them, many Zealots turned to violent resistance.  Many of them were in fact revolutionaries; they sought the overthrow of the Roman government.

It appears we have Simon the (possible) revolutionary and Matthew the collaborator.  I wonder how they got along.  Were there tense moments at the dinner table?  When Jesus sent the disciples out two by two, where they ever paired together?  Was there ever a danger of one “accidentally” suffering a mishap?  What was Jesus thinking by bringing these two guys into his little band?

Are we to think they laid aside their mutual disgust of each other and actually began to like each other?  That seems to be a bit much to swallow.  Were they ever able to love one another?  I hope we understand that liking and loving someone are two quite different things.

Here’s another tidbit to chew on.  Why is there such a focus on the men?  (Wow, who could imagine such a thing?)  We see that women comprise a large percentage (possibly the majority?) of Jesus’ disciples.  Luke 8 tells of the cadre of women who traveled with Jesus.  Mary Magdalene, Joanna, Susanna, “and many others” were in the company.  Not only were they along for the ride, but with their resources, they likely made the whole enterprise possible.  (It is hard to hold a steady job when you’re moving from town to town.) 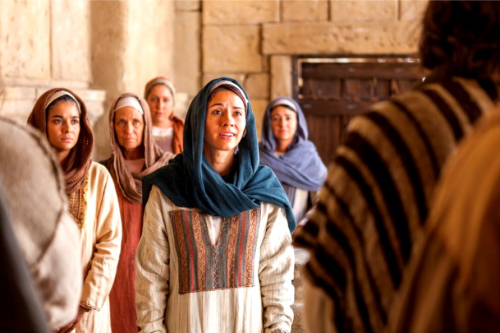 Getting back to committees on representation, Jesus looks like he would excel at serving on them.  Bringing together disparate folks…  Welcoming women…  Giving voice to the voiceless…

By bringing women along for the ride, Jesus was certainly giving a voice to the voiceless—definitely in terms of getting religious instruction directly from a rabbi, from a teacher.  Indeed, we’re told, “We know women were allowed to hear the word of God in the synagogue, but they were never disciples of a rabbi unless their husband or [instructor] was a rabbi willing to teach them.”  Still, “It was not uncommon for women to support rabbis and their disciples out of their own money, property, or foodstuffs.”[1]

Still, having said that, “But for her to leave home and travel with a rabbi was not only unheard of, it was scandalous.  Even more scandalous was the fact that women, both respectable and not, were among Jesus’ traveling companions.  Yet it was an intended part of His ministry that women be witnesses…and benefit from His teaching and healing.”[2]

Later in Luke, when Jesus visits the home of Mary and Martha, Martha is busy with many tasks, doing “women’s work.”  But her sister Mary “sat at the Lord’s feet and listened to what he was saying” (10:39).  She took the position of a disciple—and oh my—Jesus allowed it!

There are other instances where Jesus ignored cultural rules that hampered women.  In John 4, Jesus encounters the Samaritan woman at the well.  In verse 27, we read, “Just then his disciples came.  They were astonished that he was speaking with a woman, but no one said, ‘What do you want?’ or, ‘Why are you speaking with her?’”  To speak with a woman in the absence of a male family member was a big no-no.

These actions and attitudes did not go unnoticed.  Forget Simon the Zealot, Jesus is the actual revolutionary.  A revolution of love is the only true revolution.

Here’s an interesting note: for his trouble of befriending “tax collectors and sinners,” Jesus is labeled “a glutton and a drunkard” (Matthew 11:19).  As we’ve seen, tax collectors were rarely presented with RSVPs.  And “sinners” refers to those considered to be of ill repute.

An inherent danger to representation can be just that—labeling.  Is there something in Jesus’ warning, “Do not judge, so that you may not be judged,” which might include pigeonholing others? (Matthew 7:1).

We are more than some rigid, inflexible category.

And that’s something to bear in mind in the work of a committee on representation.  No, never mind that—it’s the work of life itself!

Keeping in mind my antipathy, my aversion, (or maybe say, my less than passionate fondness) toward labels, I must confess that I often have a problem with our binary descriptions: left or right, liberal or conservative, Democrat or Republican.  How about Green Party?  And then there’s dividing the states into blue or red.  How about purple?  (Fortunately, my favorite colors are purple and green!) 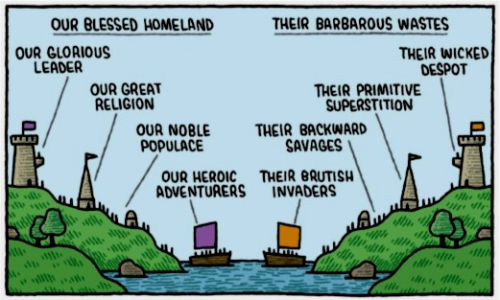 There’s someone who declares our unity in Christ provides, or should provide, the way past the closed minds and closed hearts.  That’s the apostle Paul, when he tells the Galatian church, “As many of you as were baptized into Christ have clothed yourselves with Christ.  There is no longer Jew or Greek, there is no longer slave or free, there is no longer male and female; for all of you are one in Christ Jesus” (3:27-28).

In the parallel passage in Colossians, he says, “there is no longer Greek and Jew, circumcised and uncircumcised, barbarian, Scythian, slave and free; but Christ is all and in all!” (3:11).

When we are baptized, the water washes away the distinctions to which we stubbornly hold.  Being clothed with Christ means we first remove the clothing we’ve put on ourselves.

Sometimes we identify with our tribe, those who in whatever way, provide security between “us” and “them.”  There can be a comfort in tribalism.  In ages past, humans had to group together to protect themselves: against the elements, against wild animals, and against each other.  Woe to the one who was banished and sent out alone!

There are still places on the planet in which tribes engage in violence with each other.  They kill each other.  With us, tribalism doesn’t usually end in bloodshed!  But by not looking past it, we still kill each other, just in different ways. 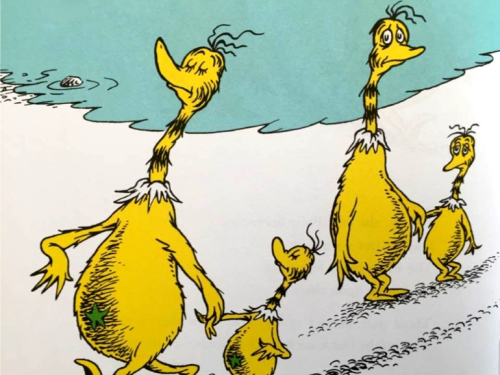 When we do that, we are transformed.  Our ugliness is beautiful.  Our folly is wise.  Our nothing is everything.

We are cured of evil spirits and infirmities…  seven demons are cast out… and we travel on with our Lord.