For about the first five years after my conversion, my coming to faith, getting saved (although we still are being and will be saved—it’s not a one and done thing), I was in the Assemblies of God.  I never was the stereotypical Pentecostal.  I never got the hang of throwing my hands up in the air and shouting, “Hallelujah!”

But I’m grateful for my time among the Pentecostals.  As one who usually lives in his head, I gained a heartfelt faith among them.  And I developed an appreciation for when the Spirit really gets going in worship.  I learned that while singing certain songs, it’s okay to clap your hands.  (Amazing!)  I really love the hymns set to classical music, but sometimes you’ve got to go with the flow and start moving! 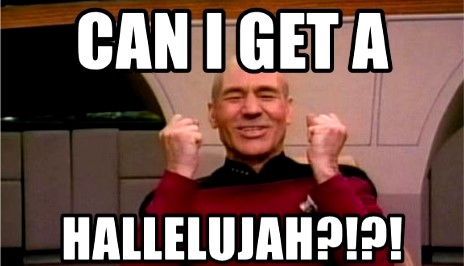 I start by mentioning the Pentecostals, because when my faith journey led me to the Presbyterians and other mainline Protestants, I sometimes would hear the Holy Spirit described as the silent member of the Trinity.  Reflecting on my experiences with the Assemblies of God, I would have never described the Spirit as silent!

Having said that, we should remember that the Holy Spirit acts in many different ways—something the Pentecostals also acknowledge.  In John 3, Jesus says, “The wind [the Greek word[1] can also be “spirit”] blows where it chooses, and you hear the sound of it, but you do not know where it comes from or where it goes.  So it is with everyone who is born of the Spirit” (v. 8).

In Acts 2, we have the image of the Spirit “like the rush of a violent wind” (v. 2).  You can’t put the Holy Spirit in a box.  Sometimes we think we can legislate or regulate the Spirit, but using a box leaves us with a bunch of stale air.

How appropriate this is for the feast of Pentecost.  It comes from the Jewish feast of Weeks or Harvest, which was celebrated fifty days after Passover.  (The word “Pentecost” means “fifty.”)  Just as with Passover, people came from near and far for the festival of Pentecost.  In our scripture text, when the Jewish believers speak in other tongues, travelers from many nations hear them praising God in their native language.

The Holy Spirit isn’t tongue-tied.  To borrow on Jesus’ image about the wind blowing where it chooses, when you hear the sound of the Spirit, there’s no telling what language is going to be spoken!  It will be whatever is needed.

(Quick question: what’s the largest number of people ever to fit into a car?  According to chapter 1, about 120.  They were all in one Accord.)

The bit about the car aside, there is something wonderfully unexpected about this event.

Danielle Shroyer, pastor of Journey Church in Dallas, says about this, “I have no idea what plans they had for the future of the faith up there in that room, if they had any at all, but there was no paper napkin with this mess drawn on it.  Because nobody in their right mind would consider anointing a whole house full of prophets in the span of one day.  Nobody except the Spirit of God.”[2]  It’s almost as crazy as trying to squeeze all those people into a car!

In the Bible, prophets are those who have a word from God—it’s not something they just invent.  As these people come streaming out of the house, they are delivering words from God.  Even though they don’t understand what they’re saying, other people do.  They hear them proclaiming “God’s deeds of power” (2:11). 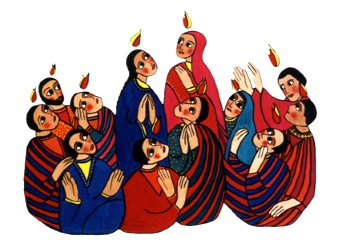 Something demonstrated by these Pentecostal prophets is that God speaks our multitude of languages.  We aren’t expected to speak one uniform language.  That goes beyond the actual words we use.  Here’s a good example: when we hear something we really agree with, we might say, “Now you’re speaking my language!”  So we’re also talking about cultures and sub-cultures.  We see that in our country; we can even see that in our local community.

But guess what?  The Spirit flows through and embraces all of that!  We can see it in the community which begins to form as a result of the Pentecost event.  We can see it in Peter’s sermon, which explains what’s going on—an explanation that is badly needed, since some in the crowd are convinced that the folks speaking all these different languages have been hitting the bottle!

As a result of Pentecost, the scripture says about three thousand become followers of Jesus.  Verse 42 says, “They devoted themselves to the apostles’ teaching and fellowship, to the breaking of bread and the prayers.”

What can we say about this community, the early church in Jerusalem?  It looks almost like heaven on earth.  People are in awe of them; wonders are being done through the apostles.  They share all things in common.  (If that really is “all things,” I’m not sure how I feel about that one!)

“Day by day, as they spent much time together in the temple, they broke bread at home and ate their food with glad and generous hearts, praising God and having the goodwill of all the people.  And day by day the Lord added to their number those who were being saved” (vv. 46-47).

Maybe it’s inevitable, but this particular version of community does not last for long.  Maybe the community gets too large for a specifically “communal” way of life to work.  Many believe that it is descriptive, but not prescriptive.  That is, it’s a picture of how it was, not how it necessarily had to be.

Matt Skinner comments, “The idea of community simultaneously attracts and repels most of us.  We long for the life-affirming benefits that community can bestow, but we resist the demands that community makes.”[3]  There has always been a powerful strand of individualism in our country; that’s both good and bad.  We often go too far in that direction.  I can think of ways in which I myself am probably more American than Christian. 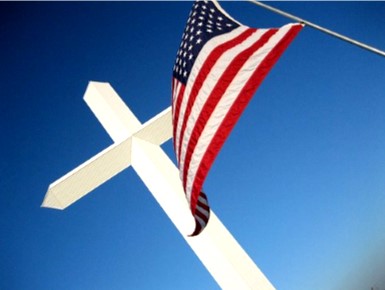 Being filled with the Holy Spirit gives the disciples a new vocabulary.  They begin to speak a Spirit-filled language.  The Spirit gives them a boldness they did not have before.  Previously, they were filled with fear of retribution.  After what happened to Jesus, some had given up hope.  “You know, it was a lovely dream, but it’s time to be realistic and get back to business as usual.”

But with the coming of the Spirit, everything changes.  People get fired up.  Those dreams begin to come true.

Still, before we get too carried away, we are reminded of something.  David Lose presents what he calls “two of the paradoxes of Pentecost.”[4]

The first one is that “the Holy Spirit does not come to solve our problems but to create them.”  With the coming of the Spirit, they aren’t allowed to go back to business as usual.  They can no longer focus on looking inward, focusing on themselves.  They are compelled to look outward.

The Spirit still does that today.  Lose says, “Our congregations will not discover themselves until they give themselves away.  No amount of time spent on developing a mission statement or devising new member campaigns can substitute for looking around one’s neighborhood and asking, ‘Who needs us?’ and ‘What can we do with our resources to bear God’s love to…the world?’”

Along those lines, his second paradox of Pentecost is, “The Holy Spirit doesn’t prevent failure but invites it.  Or, to put it slightly differently, the Holy Spirit invites us to find fulfillment and victory in and through our setbacks and failures.”

I’m reminded of Banu’s and my ordination service.  At the end of the service, both of our pastors gave us charges.  My pastor instructed me to tell my story of being in a distant land.  (He was referring to my faith journey and also my experience with brain cancer.)  This is what Banu’s pastor told her: “I charge you to fail.”  If we’re afraid of failing, we’ll never risk anything.  We’ll be content with business as usual.

Our friend David has a problem with the saying, “Failure is not an option.”  He believes “that kind of mindset is paralyzing too many of our congregations.  Failure is not only an option, it is inevitable.  The problems this world—and our congregations—face are too great, too complex, and too significant to imagine that we will hit upon the best solution the first time out…or maybe ever.”

We’re reminded that “success will not always look like success, and victory may often come disguised as defeat.  The question isn’t whether we’re successful, but whether we’re faithful.”  Obedience to the Holy Spirit can lead us down paths that we otherwise would avoid.  That’s the trick of learning to speak Spirit-filled language.

Borrowing from today’s prayer of confession, I must admit that too often I hold back the force of the Spirit.  I fail to listen for God’s word of grace.  I need God’s mercy.  I need my timid life to be transformed by the power of the Spirit—and to be filled with a flaming desire to be a faithful person, doing God’s will for the sake of Jesus Christ my Lord. 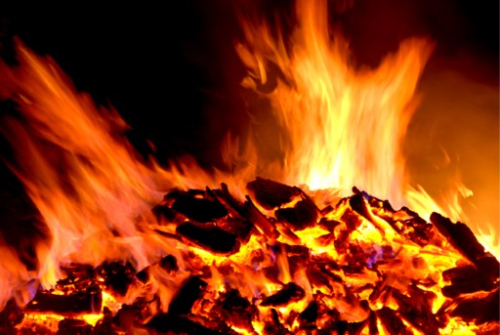 So be a feather set loose in the wind of God.  Let the wind of the Spirit blow on any dying embers and be fanned into a flame.