When Banu and I were at seminary, there were three floors in the main building set aside for residence.  We lived on the third floor (mind you, in separate rooms before getting married!).  Up on the fourth floor, there were a number of students from India.  Constantly emanating from the community kitchen was the unmistakable scent of curry.  I think the aroma had seeped into every counter and shelf.  That strong smell would waft up and down the hallway. 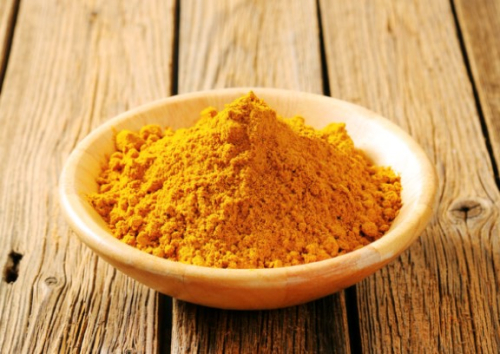 When you live with people from all over the world, you learn about a lot of different cultures.  And that could mean learning to appreciate—or at least to tolerate—the smell of curry, whether you like it or not!  (By the way, I do like curry—just not a whole lot of it at once!)

Try not to salivate too much, because I’ll be returning to the subject of food in a few minutes!

Speaking of different cultures, Luke, the author of the book of Acts, mentions a variety of them, as he and his friends travel around the Roman Empire.

In today’s reading, we hear about Tabitha, who lives in Joppa (modern day Tel Aviv).  He calls her “a disciple” (v. 36).  It’s the only time in the Bible that the Greek word for “female disciple” is used (μαθητρια, mathētria).

We’re introduced to her while the apostle Peter is in Lydda, a nearby town.  While he’s there, Tabitha dies.  Knowing that he’s in the neighborhood, some people send word, giving him the sad news.

Luke makes a point of giving us her name, which means “gazelle,” in both Aramaic (Tabitha), and in Greek (Dorcas).  Luke’s the only New Testament writer who is a Gentile.  He has life experience in bridging the gap between Jew and Gentile. Tabitha might be the same way.  One idea is that this woman with two names has, in her ministry, worked with people from all kinds of backgrounds.  She’s a “cultural hybrid.”  She’s at home in her own culture, but also in the cultures of the people around her.[1]

In other words, she has taken the time to expand her identity.  She can relate to many different people.  And she has done this in a loving way.  That’s why, as we see in verse 39, after Peter shows up, “All the widows stood beside him, weeping and showing tunics and other clothing that Dorcas had made while she was with them.”

We’re told that “Peter put all of [the widows] outside and knelt down and prayed.  He turned to the body and said, ‘Tabitha, get up.’  Then she opened her eyes, and seeing Peter, she sat up” (v. 40).

As you can see, the lectionary appoints this text for the season of Easter.  (Which makes sense, with all of this rising from the dead business.)  Because of that, it’s been said “wherever the power of death is overcome by the power of resurrected life, we see again the power of God alive in God’s world.”[2]  In raising Tabitha, Peter is showing—and he himself is being shown—how the Lord is crafting another way, a new way.

I use that word “crafting” quite deliberately.  It speaks to the sense of art and beauty that we see.  Tabitha crafted wonderful garments to share with others who both admired and needed them.

Aside from the drama and spectacle (raising the dead, speaking in tongues, etc.), the power of the Spirit is seen in the halting, stumbling efforts that this community of people from various backgrounds demonstrates in their life together.  Jürgen Moltmann calls them “the Pentecost community,” and he says they “always have ‘more than enough.’”[3]

Why is that?  “Because the power of the resurrection and the Spirit of fellowship have liberated them from the fear of death and from anxiety about life.  If God is for us, if God is in our midst, between each and all of us, then there is no longer any want, in any sector of life…”  [The Lord is my shepherd; I shall not want.]

“That is the message of the Pentecost community in Jerusalem, which made so many rich.  And that is their message to us as well.”

Luke makes a point about this at the end of our passage.  I like the way he closes the chapter.  After Tabitha is raised, just as in Lydda, celebrations begin.  Hear verse 42: “This became known throughout Joppa, and many believed in the Lord.”  For sure, that’s a cause for celebration.  Do we honestly think he’s talking about a bunch of folks with long, grim faces? 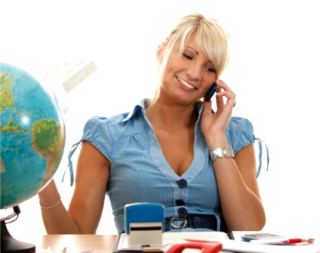 Then, seemingly out of the blue, Luke ends the chapter by tossing this in about Peter: “Meanwhile he stayed in Joppa for some time with a certain Simon, a tanner” (v. 43).  What’s going on with that?  Why should we care about his lodging accommodations?  Did his trip advisor screw up the itinerary?  Maybe a one-star rating is in order!

No, I think we can see a bit of another, a new direction of ministry.

As a tanner, one who makes leather, Simon is engaged in an unclean line of work.  That’s “unclean” in a literal sense.  Handling dead animals all day tends to make one dirty and stinky.  I imagine some of you know more about tanning than I do—which isn’t much!  It’s likely he would also be ritually unclean.  That is, he would be ritually impure, unable to worship in a proper, acceptable way.

So what might seem to be Luke’s casually throwing in a random comment turns out to be anything but random.  Peter, quite knowingly, stays in an unclean place.  Peter should be disgusted by Simon the tanner, with his filthy, stinky job.  But Peter sees Simon as more than a tanner; he recognizes him as a brother in Christ.  It hasn’t been an easy transition.  To move beyond what he’s been taught his entire life doesn’t come without effort and difficulty.

And it’s while he’s staying with Simon that he has a vision of God ringing the dinner bell, saying, “Come and get it!”  (I told you I’d get back to food.)  Hmm, so what’s on the menu?  Critters that fly around; critters that are creepy and crawly; critters that root around in the dirt.  In other words: delicious.  But then we have that ritually unclean business.

So Peter’s going nuts, breaking laws right and left.  But some laws should be broken.

It’s probably easy for us to dismiss ritual purity laws when it comes to stuff like food.  What about rules that say you can’t associate with certain kinds of people?  And you better not stay at their house!  Seriously people, in today’s society, we have to be vigilant against the transmission of cooties.  There’s a good reason for these guidelines. 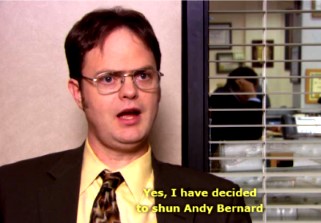 In reality, there can be a real problem with codes of purity.  The way they exclude and separate people becomes unjust and hard-hearted.  And in the book of Acts, that painful truth slowly dawns on Peter and his friends.  In the next chapter, when he is called to visit Cornelius, the centurion, Peter says, “You yourselves know that it is unlawful for a Jew to associate with or to visit a Gentile; but God has shown me that I should not call anyone profane or unclean” (10:28).

What purity codes do we enforce?  In what ways do set up rules to keep people away?  How do we shun people, thinking that in doing so, we are serving God, even defending God?

Banu has noted, “I am always amazed about the churches where the main mission statement lists these words—‘Welcoming, friendly congregation…’  Then one wonders why nobody really pays any attention to the words.”  I’ve wondered about that myself.  Are they welcoming, regardless of socio-economic, sexual, racial, political, athletic, culinary orientation?

Even though they are trying to follow where the Spirit leads, it is still quite unsettling to stay with the process and not rush through it.  Sometimes, staying with the process can seem tedious, maybe even painful.

Our prayer is to work towards paying attention to the movement of the Spirit.  We want an environment in which the wondrous promises of God will continue to be realized.  At times the journey of transition is arduous; its tasks may seem tiresome.  And if we learn anything from Peter staying with Simon the tanner, it might even be stinky!

Still, if we think of the Spirit as the master artist, and ourselves as the ones being crafted, again, it’s not a good idea to rush the job.  When we hinder or resist the movement of the Spirit in our lives and among each other, we rob ourselves, as well as the world around us, of the full expression of what we can be. 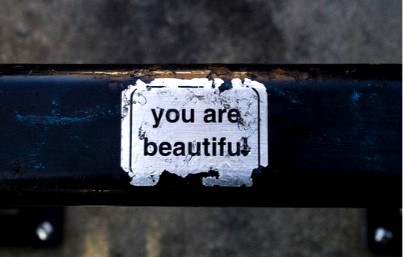 We are crafted to face the truth about ourselves, no matter how beautiful that might be!