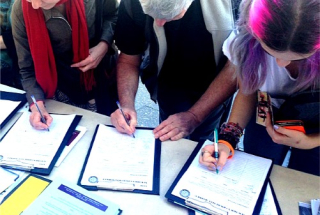 That’s from an interview with Derrick Jensen, author and ecological activist, conducted by Rev. Michael Dowd, who calls himself a “pro-future evangelist.”  (By the way, Dowd graduated from the same seminary Banu and I did, Eastern Baptist Seminary—now Palmer Seminary.)

The quote speaks to the efforts we engage in, which can be good and admirable endeavors.  We can excel in our labors; we can accomplish great things.  Clearly, there’s nothing wrong with that!  I myself have signed petitions.  I have voted.  I have preached!  Nevertheless, at the end of the day—a phrase I find with a disconcerting layer of meanings—the question is what we leave for the sake of our future sisters and brothers and for the sake of the earth.

The human race is conducting a chemistry experiment with our planet’s atmosphere.  How insane is that?  (As Jim Morrison of the Doors once sang, “People are strange.”)  We are altering the composition of our air.  We’re increasing the percentages of carbon dioxide, methane, nitrous oxide, and fluorinated gases.

I won’t go on forever, but here’s another pleasant tidbit: our oceans are drowning in plastic.  Approximately one garbage truck load of plastic is dumped in the ocean every minute.[2]  It has a horrific effect on wildlife.  Plastic never really biodegrades; it just gets broken into smaller and smaller pieces.  A couple of faces in this rogues’ gallery are plastic bottles and plastic bags.

(Over the years, my wife and I have rationalized our use of plastic bags, saying we employ them as poop bags for our dogs.)

There is a passage from scripture which has prompted the way I’ve begun.  It is today’s epistle reading in Philippians 2.  Verses 6 to 11 contain some poetic language which the apostle Paul seems to have borrowed from an early hymn.  Verse 5 sets the stage: “Let the same mind be in you that was in Christ Jesus.”

It sings of the willing humility—the setting aside of divine privilege—of Christ being born as Jesus, a human being.  Verse 7 speaks of the self-emptying necessary to do that.  Christ “emptied himself,” “made himself nothing.”  Nothing.  Nobody.  The Greek word for “the act of emptying” is κένωσις (kenōsis).  Christ underwent kenosis.  We are also called to undergo kenosis, not just for ourselves, but as suggested before, for the sake of all who come after us.

Imagine if the world’s population of 7 billion plus all lived our lifestyles.  What would happen to Mother Earth?  What in our lifestyles could do with being emptied?

What’s going on with the church in Philippi that requires “self-emptying”?

Let’s look at how the chapter starts.  “If then there is any encouragement in Christ, any consolation from love, any sharing in the Spirit, any compassion and sympathy…”  Need I go any further?  “…make my joy complete: be of the same mind, having the same love, being in full accord and of one mind” (vv. 1-2).

Paul has a warm relationship with the Philippians; there is plenty of mutual love between them.  Still, there is a problem, and it pains him all the more.  He pleads, “Do nothing from selfish ambition or conceit, but in humility regard others as better than yourselves.  Let each of you look not to your own interests, but to the interests of others” (vv. 3-4).

A little background might be helpful.  When Paul and his friends were still in Asia, he had a vision in the night of a man from Macedonia asking him to come and help them.  They crossed over into Europe, and came to Philippi, where they encountered Lydia.  She was their first European convert (Ac 16:9-15).

Paul addresses this beloved church while in prison.  (Incidentally, the epistle to the Philippians, as well as those to the Ephesians, Colossians, and Philemon are called the “prison epistles.”) 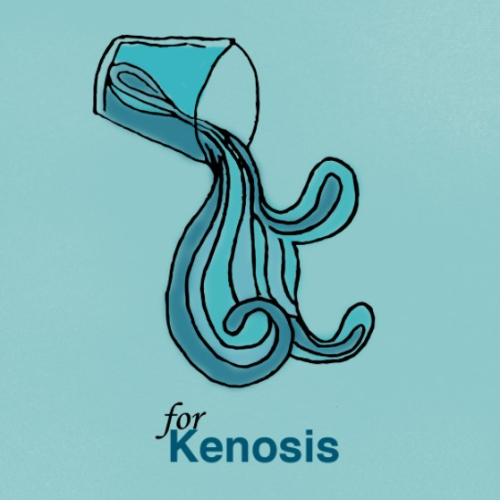 Despite his travails, the apostle is filled with joy and hope.  He lets them know that.  In fact, in chapter 3, he tells them whatever his achievements, whatever his accomplishments, he has “come to regard [them] as loss because of Christ” (v. 7).  He says that for the “sake [of Christ] I have suffered the loss of all things, and I regard them as rubbish” (v. 8).

That word “rubbish” in Greek (σκυβαλον, skubalon) is a quite lovely one.  It’s the word for “refuse,” for “garbage.”  It can also have a less fragrant connotation, referring to the excrement of animals.  (So we come full circle to the plastic bags we use as poop bags for our dog!)

Returning to the problem the apostle has with the Philippians, he laments the self-promotion that’s occurring among them.  Instead of being concerned about the interests of others, many are thinking only of themselves.  They are ignoring the effect they have on others.  (And that brings us back to ourselves, ignoring what we leave for future generations.)

With that in mind, he gives them a new song to sing: the kenosis hymn, the hymn of Christ emptying himself.

Something we should be aware of is the use of the word “you.”  It is always “you” as plural, not singular.  He is addressing the entire community.  Certainly, individuals can and should take a lesson from this.  Still, he has the whole church in mind.

Speaking of mind, how would we describe “the mind of Christ”?  What does it look like to have it together?  What self-emptying would be valuable for us?  As Dennis Bratcher puts it, “True servanthood empties self.”[3]

There’s a nice little meditation maybe we can relate to.  It deals with kenosis, emptying of self, and it has nothing to do with Greek words or lengthy theological discussions!  Valencia Jackson, minister in the AME Church, expounds on the “confessions of a shopaholic.”[4]

“I enjoy shopping,” she says.  “For me, shopping is therapeutic.  I like to call this type of therapy, ‘market therapy’ because I do not have to pay a licensed professional counselor…

“I enjoy shopping, but I have friends who love shopping a lot more than me.”  It looks like she’s about to “out” some people.  “They are shopaholics.  These friends know every time their favorite stores have sales.  They go and shop to their hearts’ content…  Many hide their purchases from their husbands.” 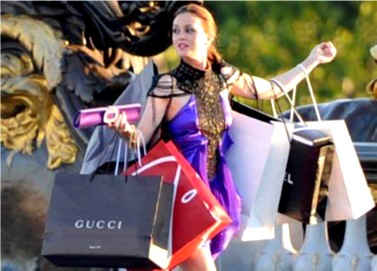 (I can’t imagine such a thing.  But of course, if it’s hidden, how would I know?  In fairness, I am told, at least after the fact—or when the package arrives.)

Now, back to Jackson.  “They confess that they are shopaholics.  They seem unable to resist.”

We do accumulate.  We accumulate all manner of things.  Too often, we accumulate to bolster our ego.  We fear laying stuff aside.

When Christ emptied himself, what did that entail?  Not much really, just “taking the form of a slave, being born in human likeness.  And being found in human form, he humbled himself and became obedient to the point of death—even death on a cross” (vv. 7-8).  No big deal.

We’re told of something C.S. Lewis once wrote: “If you want to get the hang of the incarnation, just imagine how you’d feel if you woke up one morning to discover you had turned into a garden slug.”[5]  What about that bit about being obedient to the point of dying on a cross?  It should be noted that in the Roman Empire, crucifixion was considered to be the most degrading and humiliating form of execution.  It was reserved for the lowest of the low.

(So the eternal Second Person of the Trinity, by entering into flesh of the human named Jesus of Nazareth, gave up more than just a little bit.)

As suggested earlier, what would it look like for us here to have the mind of Christ, which leads to self-emptying for our own benefit and the benefit of everyone else?

During Holy Week, we’re inviting everyone to observe crossing thresholds.[6]  A threshold “can be a place, a moment, or a season in time.”  Our church’s website post, “Crossing the Threshold,” tells us, “During a threshold time, we have a sense of anticipation as what lies ahead for us is significant: we are aware God is preparing us—a deep work may be taking place in our life.” 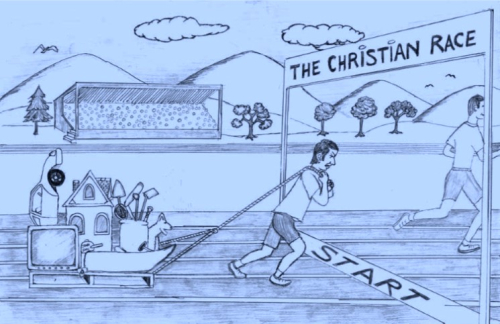 It was after the ultimate humbling that he was highly exalted and given the name that is above every name, so that at the name of Jesus every knee should bend, in heaven and on earth and under the earth, and every tongue should confess that Jesus Christ is Lord, to the glory of God the Father.