Home Wellspring
centered in confession
the fox and the hen

listening in the light

On the mountain of the Transfiguration, seeing Jesus in glory, along with Moses and Elijah, Peter wants to set up camp.  He wants to capture the moment; he wants to stay, take this instant and freeze it.  That is his proposal.  But as Luke tells us, he doesn’t know what in the world he’s talking about.

Then a voice sounds from on high, “This is my Son, my Chosen; listen to him!” (v. 35).  Peter is basically told to shut his trap.  Or as the delightful Mt. T would put it, “Quit your jibba jabba!” 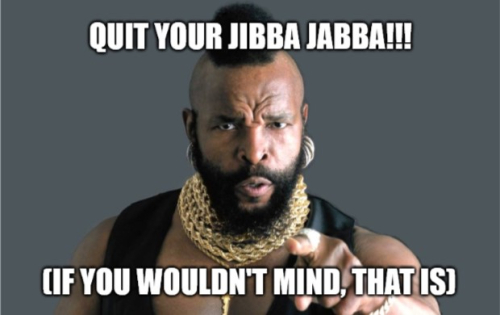 In Psalm 99, the poet encourages anything but jibba jabba.  The whole world is exhorted to “praise [the Lord’s] great and awesome name” (v. 3).  If Peter, James, and John are struck by elation (and alarm) by their encounter on the mountain, the psalmist does one better when he proclaims, “The Lord is king; let the peoples tremble!  He sits enthroned upon the cherubim; let the earth quake!” (v. 1).

Peter would like to stop time; he wants to preserve the experience.

We do that as well, sometimes in trivial ways.  Some of us (and I know I’m going to get in trouble for saying this) like to photograph the contents of our dinner plate.  But who am I to talk?  No doubt, I take too many pictures of my dog.  (Still, if I’m able to catch him yawning—with the sound he makes—I’m going to try to get that on video!  That would be an experience to preserve.)

Maybe you can understand what I’m trying to say.  We often want to freeze life, to take a timeout, for good or ill.  Life is calling our name, and we’re not always sure how to answer.  The psalmist invites us to enter in, to allow the transfiguration light to guide us.  The disciples would do well to heed what the psalmist says.  They need to listen.  That goes for us, too.

As with much of Hebrew poetry, Psalm 99 is well constructed.  Stan Mast, who teaches at Calvin Seminary, says something about it.  “It deliberately uses the Hebrew number of perfection and completeness, the number 7, mentioning the Lord seven times and using 7 pronouns to refer to that Lord.”[1]  And in three places, it points out that the Lord is holy.  (Three is also a key number.)

Structure in poetry can be important.  It imposes a certain discipline, even in limericks. 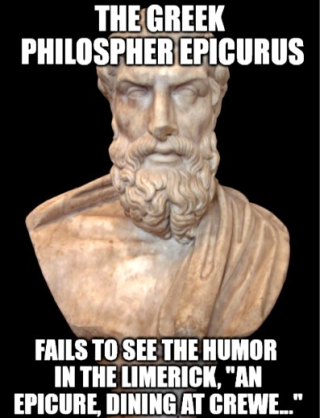 A few days ago, Banu and I were at Wegmans.  They had the tasting stations set up around the store.  The one at the deli had something called chicken epicurean sausage.  I was struck by the word “epicurean.”  It dates back to the ancient Greek philosopher Epicurus.  Very roughly speaking, he taught that happiness is the greatest good in life.  He focused on simple pleasures.  Today, we think of an epicure as someone who likes the fine things, especially fine food and drink.  I told Banu it reminded me of an old limerick:

“An epicure dining at Crewe, / found quite a large mouse in his stew. / Said the waiter, ‘Don’t shout, / or wave it about, / or the rest will be wanting one too!’”

Admittedly, that’s not the best example of showing the discipline of structure!  Still, structure can mean being careful to transmit the message, and it helps in recalling it if there’s good rhyme and rhythm.  After all, it’s easier to remember something if you listen to the music!

Psalm 99 is broken into three sections, each of which has something to contribute to the whole.

Verses 1 to 3 praise the Lord for reigning worldwide—being king of the world!  Verses 4 and 5 praise the Lord for justice.  Verses 6 to 9 praise the Lord for entering into relationship.  Moses the lawgiver, and Aaron and Samuel, perhaps prototypes of priest and prophet, are highlighted.  Of course, the starting point throughout is the focus on Israel: in Zion, in Jacob, in the pillar of cloud—with each of them expressing a different stage in its history.

I won’t go into great detail, but I do find verses 4 and 5 especially interesting.  After the first section urges all nations to praise the Lord, we now get a sense of who this Lord is.  “Mighty King, lover of justice, you have established equity; you have executed justice and righteousness in Jacob” (v. 4).

What does justice mean here?  What is justice for this Lord?  The God of Israel, the God of Jesus Christ, is an ethical God.  By that, I mean this God cares about ethics; this God cares about how we behave.  This God is not like other gods, the blood drinking gods who lash out in blind fury if they don’t get their sacrifices.  As long as they are appeased, they don’t care what their worshippers do.  (Sometimes we treat our Lord the same way.  If we pay our dues, what we do doesn’t mean quite so much!) 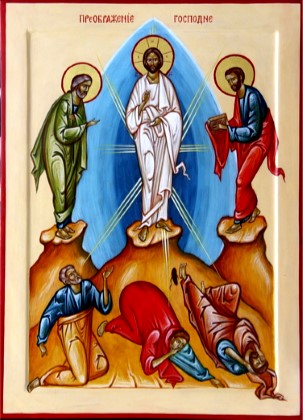 Stan Mast comments, “Unlike the gods of the nations who cannot hear or speak, God both hears the cries of his people and speaks in words they could hear.”  God speaks through visions and dreams and written words and through his servants, the prophets, and of course, through Jesus the Messiah.  God speaks through the still, small voice of prayer—the sound of silence.  We are called to listen, like those early disciples.

Whenever we enter silence, it is inevitable that thoughts will surface.  “I need to do that today.”  “What’s that dog barking at?”  “I wish I could get that stupid song out of my head.”  Thoughts will come and go, but the trick is to not hold on to them.  Let them pass through.  I believe that, at least in some way, it’s expressed by St. Paul’s comment on “the peace of God which passes all understanding” (Ph 4:7).  We can hear the voice of transfiguration, “This is my Son, my Chosen; listen to him!”

I will not claim to be an expert practitioner of what I’m saying.  As I said, it takes work—and patience.

As I said a moment ago, the psalmist calls us to worship.  We are celebrating the sacrament of the Lord’s Supper, the Eucharist.  (“Eucharist” comes from the Greek word which means “to give thanks” [ευχαριστεω, eucharisteō].  It appears all throughout the New Testament.)

“You are holy, O God of majesty, / and blessed is Jesus Christ, your Son, our Lord. / On a lonely mountain / his human body was transfigured by your divine splendor. / In his face, we have glimpsed your glory. / In his life, we see your love.”

Here’s a question: how does listening tie together worship and the justice the psalmist is talking about?  Does worship lead us to seek justice outside these walls?

However, it’s definitely not “all” Christians who take that approach.  There are many who think of God’s judgment as someone wielding a sword preparing for execution, rather than someone making sure all is put right—all is restored to proper balance.

I’m sure none of you have ever encountered this: the one with a scowling disposition, harshly critical, the finger-wagging party pooper.

Still, the point is made.  We who live in warm houses, who have plenty of food to eat, who live in safety, too often can’t relate to those around the world and those here at home who do not have such things.