I imagine we’ve all been in this situation—probably more than once, maybe much more than once.  Have you ever been told to apologize when you were caught doing something wrong?  Have you ever been told to apologize, even if you didn’t mean it?  Maybe you were just sorry you got caught?  “Tell your sister you’re sorry for pulling her hair.”  (To which you might respond mumbling, “She deserved it.”) 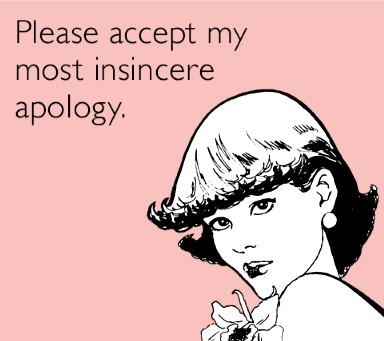 How many times have you told someone else to say you’re sorry?  (Not having kids, I haven’t had many occasions to do that.)

Why bother with it at all?  Our scripture readings might shed some light on the matter.

The Old Testament reading from Isaiah 6 is one of the more memorable scripture passages.  (It’s also one of the scriptures for Trinity Sunday.)  It features the call of the prophet Isaiah.

There’s the glorious and frightful vision of Isaiah.  The Lord is perched high and mighty on the throne, his garb filling the temple.  The seraphim are flying around, praising with loud voices—voices so powerful that they’re shaking the whole place.  It’s truly an awe-inspiring scene.  And it is “awe”: a vision of astonishment, wonder, and fear.

In the presence of that sublimity, that transcendence, what can the prophet say?  “Woe is me!  I am lost” (v. 5).  Faced with that majestic beauty, he confesses, “I am a man of unclean lips, and I live among a people of unclean lips; yet my eyes have seen the King, the Lord of hosts!”  Isaiah admits his irreverence, his unworthiness.  So where do we go from here?

How about taking a glowing, fiery coal and pressing it against his lips?  That should sear off the sin.  (Please remember, this is a vision.  He’s not in danger of having his mouth burned off!)

Okay, those unclean lips have been purified; they’ve gone through the fire.  Now what?  The Lord puts out a call of recruitment: “Whom shall I send, and who will go for us?”  Having now been pronounced worthy, Isaiah ventures to say, “Here am I; send me!” (v. 8). 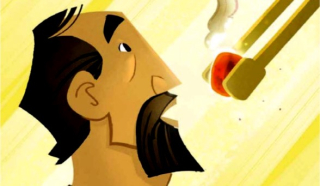 Quick note: the lectionary reading ends there.  The rest of the chapter has some unfortunate language for those hoping the prophet will say everything’s copacetic.  There’s some rather grim stuff about people being abandoned, left to their own devices.  But don’t worry, it won’t last forever.  As soon as the cities have been depopulated, the land devasted, the wild animals taking up residence in houses—that might be long enough.

I want us to take note of something.  At what point does the narrative change?  When does the tide turn?  It’s when Isaiah confesses his fault, his missing the mark (which is one definition of sin).  That’s the hinge on which the story turns.  That’s when the reverse fire brigade is sent in.

Isaiah confesses, and then he finds freedom.

Our text in St. Luke’s gospel also has a bit of drama.  Jesus is at the lake of Gennesaret (also known as the Sea of Galilee), teaching the people.  He’s doing a good job, because they keep moving closer and closer to him.  Picture him backing up and backing up until he’s ankle deep, then knee deep—pretty soon, he’ll be swimming.  He sees a couple of boats belonging to some fishermen, and he gets in one of them.  Jesus needs to push off a little into water; he needs some breathing room.

After he’s done talking, he calls out to Simon Peter and says, “Let’s go out and do some fishing.”  Peter’s been cleaning his net, and, truth be told, he’s dog-tired.  He tells Jesus, “We were out there all night and didn’t catch jack squat—but if you insist.”  So he and his friends head out, and lo and behold, they catch so many fish their nets are about to break.

Peter knows Jesus is doing more than giving great fishing advice.  He is in the presence of greatness.  He is awestruck (to revisit that word), and he falls to his knees.  Peter cries out, “Go away from me, Lord, for I am a sinful man!” (v. 8).  His friends are also gripped with astonishment, including his good buddies, James and John. 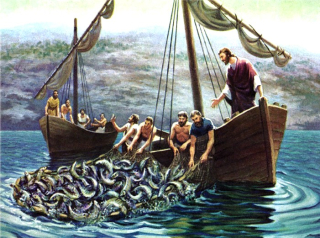 Just at the moment when he has failed as a fisherman, Peter is given a different quarry.  Jesus promises him “from now on you will be catching people,” or some might say, “fishers of men” (v. 10).  It’s a life changing experience.  Peter and his friends leave their boats behind, the tools of their trade; they leave everything and follow him.

I began by talking about the prayer of confession, and there’s nothing like coming clean.  And it is indeed a case of being told to say, “I’m sorry.  I apologize.”  It’s a good thing that we’re told to apologize.  We are called to face ourselves, to unburden ourselves, to cast our cares on the Lord.  One hopes that’s part of our private prayer life, but this, as was noted before, an act of the community of faith.  It is an act of the body.

Michael Gulker is the founder of the Colossian Forum, which deals with conflict and Christian discipleship.  It draws its inspiration from Colossians 1:17—all things hold together in Christ.  He and some friends recognized how the church was facing serious problems, but not always dealing with them in a Christlike way, to put it mildly!

He said, “We started gathering people of different stripes around a variety of topics.  We said we were going to worship and follow the structure of the liturgy and put an argument where the homily went and then ask at the end whether the Spirit had produced fruit.  If it did, then our love of God and neighbor is richer and deeper.  And if not, then what do we need to repent of, lament, confess?”[1]

You might say they took the prayer of confession of sin and just ran with it. 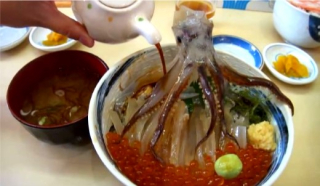 He continues, “We confess that all things hold together in Christ, not because of something we did, but because of something that has already been done, and we get to participate in that.  To do that well, we know that we have to pray.  We have to meditate on the Scriptures, together, across our differences.”

I said earlier I’ve heard people say they haven’t done or been the things in a prayer of confession.  There’s the question, “Don’t we typically go into conflict thinking, ‘I’m right and you’re wrong?’  There’s a lot of work just going into conflict with humility and realizing, ‘Maybe I’m wrong.”

There’s something dangerously freeing about, as our friend Michael says, “coming together to worship and [being] honest and [being] willing to get it wrong together…  We can get it wrong.  We can tell the truth about when we get it wrong because when we do, we can confess our sins and God is glorified.  People have forgotten this.  They forget it the moment they walk into a conflict.  So to simply remind people of that is gospel.  You can watch them light up and taste the gospel.  They’ve forgotten it.”

What a wonderful and powerful statement: people light up and taste the gospel. Did you know it’s possible to disagree with someone and not think they’re stupid or evil?  We can have a discussion and wonder how something might lead us to more fully love God and neighbor and creation.  We can come together and see how the good news of Jesus Christ shines on what divides us.

We are centered in confession.