The 3rd of August 1986.  The Assemblies of God church in Tennessee I used to attend.  Suddenly, I’m immersed in warm water; I’m being treated to a full body bath.  (Fortunately, my bladder is not overflowing!)  I’m being held by my pastor, who is intoning words about the Holy Trinity.  (At least, I trust he is.  I can’t hear him under water.) 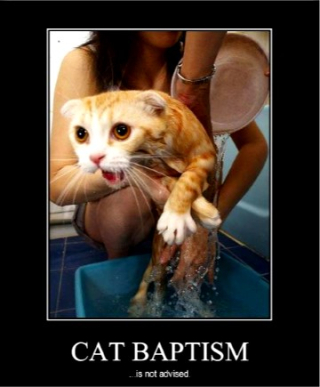 In case you haven’t already figured it out, I’m describing my baptism.  I was 21.  There were two people before me: a boy probably 8 or 9 years old, and a woman roughly 40 years older than me.  The three of us participated in what we Presbyterians and many other churches refer to as the sacrament of baptism.  My old denomination calls it an ordinance.

Very briefly, an ordinance is a practice that demonstrates a believer’s faith.  A sacrament (in this case, baptism) is a practice, that through the means of the Holy Spirit, grants entry into the church universal.  Infants and young children are baptized with the understanding that God sends the Spirit, welcoming them into the covenant of the family of God.

Our Book of Order puts it this way: “Both believers and their children are included in God’s covenant love.  The baptism of believers witnesses to the truth that God’s gift of grace calls for our grateful response.  The baptism of our young children witnesses to the truth that God claims people in love even before they are able to respond in faith” (W-3.0402).  At some point in time, of course, they should respond in faith, however that happens.

And maybe that provides a good transition.  We are claimed in love.  Ultimately, that’s the most important reason to enter the waters of baptism.

As we read today’s gospel text, St. Luke’s version of the baptism of the Lord, it looks like love is completely off the table.  Earlier in chapter 3, John the Baptist unloads on the people approaching him.  “You brood of vipers!  Who warned you to flee from the wrath to come?  Bear fruits worthy of repentance” (vv. 7-8).

I like how the recently deceased Eugene Peterson put it in his paraphrase The Message.  He had some fun with it.  “Brood of snakes!  What do you think you’re doing slithering down here to the river?  Do you think a little water on your snakeskins is going to deflect God’s judgment?  It’s your life that must change, not your skin.” 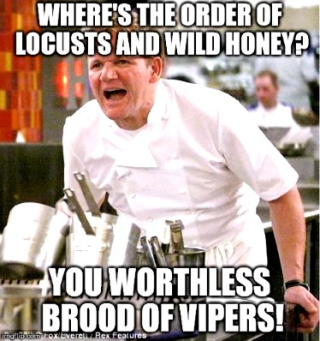 Okay, so where’s the love?  Let’s back up a little more.

The story of the baptism is torn from its context.  At the beginning of the chapter, we see Luke, as he likes to do, giving a recitation of who is currently in the government.  Emperor Tiberius…Pontius Pilate…Herod, and so on.  He provides the political framework.  In response to John’s message, the crowds, the tax collectors, the soldiers all ask, “What should we do?”

Luke doesn’t go into this, but we learn from Matthew and Mark that John wore a garment of camel hair and a leather belt—dressed like prophets of old, especially Elijah.  He ate locusts and wild honey, which are nutritious, but being in the desert, not a wide variety of food is available.

In describing John, Mark Stenberg starts right there.[1]  “In Luke, John the Baptist is not some weird, crazy hick.  He is a political prisoner…  Not only did John the Baptist speak the truth about Herod’s wicked accumulation of money and power, he also was a direct threat to Herod’s economy.  He was teaching tax collectors and soldiers not to extort or bully the people.  He was teaching people to share their stuff.  All of this was too much of a threat to Herod, to his system.  So The Baptist is locked up.”

Herod doesn’t take kindly to John’s upsetting the apple cart, to his baptizing and making waves!

Luke gives a very specific reason for John’s arrest.  John the Baptist “proclaimed the good news to the people.  But Herod the ruler, who had been rebuked by him because of Herodias, his brother’s wife, and because of all the evil things that Herod had done, added to them all by shutting up John in prison” (vv. 18-20).  John told Herod marrying his brother’s wife was a no-no.  His criticism of Herod could have provided the pretext, the perfect excuse, to toss him into prison.

It might seem strange to have this note about Herod in the middle of the passage.  We’re talking about baptism before and after it.  What’s going on?

Some people say there’s no problem with the sequence of events.  John’s been baptizing and saying he’s not the Messiah; the Messiah is yet to come.  Herod throws him in jail.  So who baptizes Jesus?  Is John paroled and then arrested later on?  I don’t know if there are many people who go along with that.  The explanation commonly given is that the Holy Spirit baptizes Jesus, however that happens. 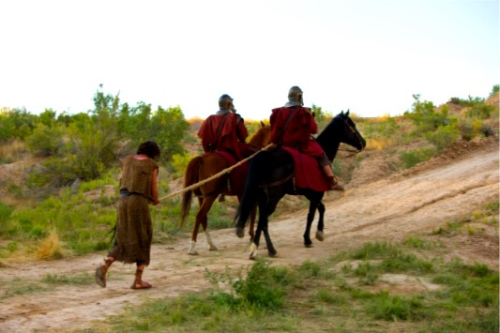 Another viewpoint is Herod is inserted to show the result of John’s ministry—and that he refused to back down.  By extension, with our baptism and baptismal promises, we might find ourselves in trouble.  To be sure, it’s extremely unlikely we would get tossed in jail!  Still, there are places in the world where that happens.

Having said that, it’s simply a question of Luke not mentioning John’s name as the one who baptizes Jesus.  And this does matter.  Luke emphasizes the role of the Spirit in baptism.  All four gospel writers—Matthew, Mark, Luke, and John—include the story, but they present it in different ways.  The one major commonality is the descent of the Holy Spirit, which is reflected in our theology of baptism.

We observe the Reaffirmation of the Baptismal Covenant.  It’s a time of remembering baptism and the promises made at baptism.  It’s a time for renewal.  Included in the prayer of thanksgiving are the lines, “We rejoice that you claimed us in our baptism, and that by your grace we are born anew.  By your Holy Spirit renew us, that we may be empowered to do your will and continue forever in the risen life of Christ.”[2]

That connection of the Spirit with baptism is especially made with the epistle reading in Acts 8.  We’re told that the apostles Peter and John laid their hands on baptized believers, and they received the Holy Spirit.  At least in this case, something visible must have happened, since an onlooker named Simon wanted to pay them for the power to do that himself.  There was some kind of sign, possibly (or probably) speaking in tongues.

Our scripture passage ends with all the people being baptized…  Jesus is baptized and is praying…  the heavens are opened…  the Holy Spirit descends on Jesus like a dove…  And then this: “a voice came from heaven, ‘You are my Son, the Beloved; with you I am well pleased’” (v. 22). 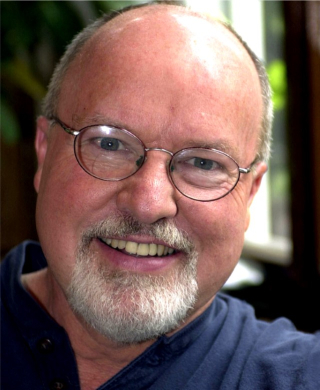 It’s that final bit I want to look at.  Last of all, there is a heavenly voice, claiming Jesus as the Son and the Beloved.  “With you I am well pleased.”

Regarding welcome, Richard Rohr speaks of what he calls “the first permission.”[3]  He wonders if we’ve ever met someone who didn’t seem comfortable in their own skin.  He suggests, “Maybe that person seemed to possess an inexpressible sadness, or was unusually apologetic, or was possibly surly and brittle.  Consider the possibility that, as a child, when that person first came into the world, he [or she] was not given the first permission—permission to exist.

“Many people have never been given this foundational permission—either spoken or unspoken.  No one ever held their face, looked in their eyes, and said, ‘Welcome to the world, dear little one.  I’m so happy you’re here, that you exist.  I love you.’”

The questions are posed to us: “Did I receive the first permission?  How have I given the first permission to others…?”  Has anyone (and how have they) expressed joy that we alive?  Can we look at the people around us and say, “I am glad that you are alive.  I welcome you!”?

I mentioned the Reaffirmation of the Baptismal Covenant.  There are pastoral dimensions to the reaffirmation.  It’s not just something we do because today is Baptism of the Lord.  We saw how God extends promise and welcome to us in baptism.

There are also promises reaffirmed which we make to each other.  At a baptism, the congregation is asked if they “promise to guide and nurture…by word and deed, with love and prayer, encouraging [those to be baptized] to know and follow Christ and to be faithful members of his church.”[4]  That’s no small thing.

Extending that watery welcome comes with a price.  If we welcome someone, it means we have to follow up on it.  Maybe that’s one reason why John the Baptist (in his cantankerous way) rebuked the people, calling them slithering snakes.  He wanted to let them know what baptism means.  It’s not a ritual to undergo to deflect public pressure.  It’s not something to just “do.”

Is there love involved in his ranting and raving?  One thing we can say is he doesn’t make it all about himself.  He isn’t boastful; he doesn’t take the credit where the credit is not due.  “I’m not the one you’re looking for,” he tells them.  “I’m just paving the way.”

With the ears to hear, we hear that voice extending those words of welcome and acceptance. 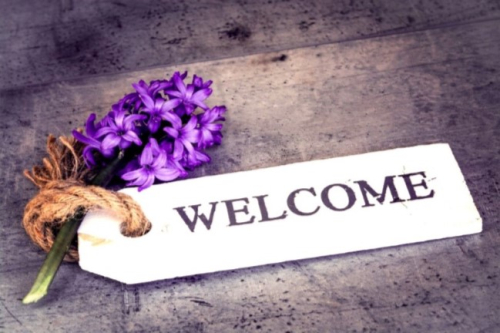