the only way out is through

When I was a kid, I was usually the first one to finish the meal.  My mom said I would inhale my food.  That was especially true with food I really loved.  If there were spaghetti or fried chicken or a baked potato on my plate, it would disappear pretty quickly.

That wasn’t quite so true if something I hated were on the dish before me, such as okra, sauerkraut, onions: they tended to make me gag.  I would consume them at a glacial pace.  Still, all in all, if anyone were wolfing down their food, it would be me. 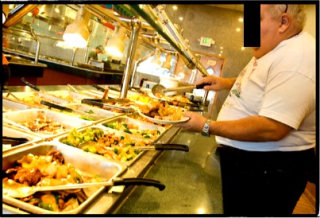 As I got older, I began to slow down.  I learned it’s okay to enjoy one’s food!  It’s not a race; there’s no finish line.  I also learned it’s okay to not stuff as much food as possible down my gullet.  On visits to restaurants with buffets, I’ve often been next to people putting small mountains on their plates.  Maybe they believe it’s their final meal.

There is something to be said for patience.  That seems to have become a foreign concept for us Americans.  We want something, but we don’t want to wait for it.  We want it now!  Impatience has become a virtue.  And as I said about the food earlier, too often we’re in a hurry.

I would humbly suggest that we often treat the season of Advent the same way.

Christopher Edmonston talks about that in his article, “Advent and the Grace of Delayed Gratification.”[1]  “Like a microwave pizza that is flimsy to the touch and plastic to the taste,” he says, “the instant gratification we desire isn’t very palatable…  Spiritual renewal and deepening discipleship cannot be ordered overnight.  It is fantasy to think otherwise.  There really is no app for encountering God.”

How, you might ask, do we approach Advent in that way?

He continues, “But we do have Advent, a time of deep, countercultural practice that offers a corrective to the maddening pace all around us.  Advent makes us wait.  Structured as a walk—a long, slow walk—the positive deviance of Advent mirrors the pregnancy of Mary.  Just as no mother moves from conception to birth in two days, no ministry can be conceived, nurtured and birthed into the world without time to grow and mature.”

I like that: “positive deviance.”  Jesus was positively deviant in many ways.

Advent reminds us to stop; breathe; take a look around.  You notice so much more by walking down the street than by driving down it.  Wonderful discoveries are made!

One more note from our friend Christopher: “For very good reasons, there is no expressway to Bethlehem.  We walk alongside the expectant couple, carrying our own hopes with us.  Moving a little more slowly, we behold the majesty of God’s unfolding kingdom instead of missing it while we zoom by.”  Kind of like walking down the street?

“The baby will come, but on his time, not on ours.  Advent’s journey of delayed gratification becomes a chance to slow down and behold the ordinary, which is what we need more than anything else.”

There are indeed good reasons why Advent is celebrated.  There is a deep spirituality involved in it.  And it is profoundly countercultural.  (And I did think of using the word “countercultural” before I came across the article!)  We are deafened by the cacophony surrounding it, starting well before Advent itself, even before Thanksgiving.  Still, Advent defiantly speaks with a peaceful, silent voice.

The third Sunday of Advent has traditionally been called Gaudete Sunday.  That’s the Latin word for “rejoice.”  The epistle reading in Philippians 4 begins, “Rejoice in the Lord always” (v. 4).  Advent is meant to be a season of penitence and reflection.  Midway through the season, it’s felt we need a moment to catch our breath, so to speak.  We need to lighten up—that’s why we have the rose-colored candle.

The Old Testament reading comes from the book of the prophet Zephaniah.  It’s easy to see why this reading has been appointed for this particular day.  “Sing aloud, O daughter Zion; shout, O Israel!  Rejoice and exult with all your heart, O daughter Jerusalem!” (v. 14).

There’s plenty of celebration in this final part of the book.  Here are some snippets: “The Lord has taken away the judgments against you, he has turned away your enemies” (v. 15). 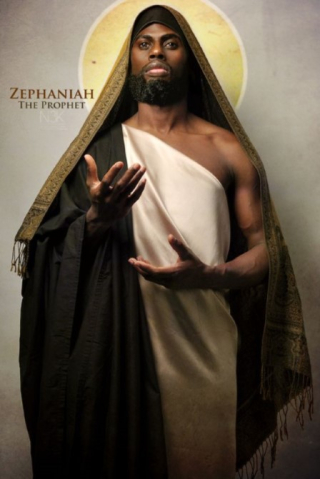 “The Lord, your God, is in your midst, a warrior who gives victory; he will rejoice over you with gladness, he will renew you in his love; he will exult over you with loud singing” (v. 17).

“I will save the lame and gather the outcast, and I will change their shame into praise and renown in all the earth” (v. 19).

“At that time I will bring you home, at the time when I gather you; for I will make you renowned and praised among all the peoples of the earth, when I restore your fortunes before your eyes, says the Lord” (v. 20).  Amen!

Hearing that, one might think Zephaniah is all sunshine and gladness.  That would be quite wrong!  The large majority of the book could rightly be called doom and gloom.  Speaking for God, the first thing the prophet says is “I will utterly sweep away everything from the face of the earth” (1:2).  Now there’s something pleasant to ponder.

However, the wicked have a surprise.  Here’s a sample of his take, using a bit of poetic license: “The great day of the Lord is near, near and hastening fast…  Neither their silver nor their gold will be able to save them on the day of the Lord’s wrath…a terrible end he will make of all the inhabitants of the earth” (1:14, 18).  Maybe it’s a case of “be careful what you wish for.”

So what does this have to do with the earlier comments on Advent?  As I suggested, there can be a tendency to rush through the season; we would like to travel an “expressway to Bethlehem,” as our writer put it.  In saying the lectionary reading picks out the one note of joy in the book, I’m not saying it would be appropriate to focus on all that doom and destruction.  That’s not what Advent is about!

But there can be a similarity to the way we usually approach Advent as I said before, as a time of penitence and reflection.

I believe it was last year when I remember Banu and I being at a couple of stores and at a restaurant.  I heard the song, “I Wish It Could Be Christmas Everyday” played four times, and each time, it was done by a different artist!  And as I recall, it was still November!  It doesn’t exactly make for an atmosphere encouraging sober contemplation.

Maybe by talking about this, I might be labeled a “Debbie Downer” (or at least, a male version, whatever that would be). 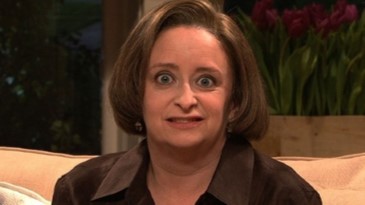 Have you heard the saying, “The only way out is through”?  That can have some unpleasant connotations.  I don’t think I like that saying!

One thing this applies to is joy and sorrow.  And maybe more specifically, it applies to grief.  Please remember; I’m not saying that’s the meaning of Advent!  The point is, like Advent, grief is something we often like to rush through—or jump over altogether.

When it comes to grief, unfortunately it’s true: the only way out is through.  But as we all know, grief is painful; it hurts.  Sometimes it hurts like hell.  There’s always the temptation to avoid it—the temptation to rush through it or jump over it altogether.  It can feel like, “Okay, I’m done with that!”

It doesn’t go away, and it can resurface with a vengeance.  It can be a nagging, heavy burden we carry—perhaps without fully understanding why.  That’s often true at this time of year.  In that sense, maybe I should revisit my comment about saying Advent is not about doom and gloom.  For many people, it sure feels that way, especially when we’re told, “It’s the happiest time of the year!”

I’m aware that going through the process of grief doesn’t mean the pain goes away.  However, it does mean we no longer have to be controlled by it.  It makes a world of difference if we’re allowed and able to share it with others.  I’ve heard it said, “grief never ends because love never ends.”[2]  There can be a sense of mutual solidarity, compassion, and courage.

The only way out is through.

Advent asks for mindfulness.  Awaiting the coming of the Lord means waking up.  In Luke 3, the people ask John the Baptist, “What then should we do?” (v. 10).  I’ll confess; too often I need to be prodded (maybe with a cattle prod) to wake up.  Slumber can be too attractive!

When we miss Advent, we miss in a special way, as the prophet reminds us, the Lord in our midst.  We miss the one who gives us the victory.  We miss being renewed in the Lord’s love.  We miss hearing the Lord exulting over us with loud and love-filled singing.

[The painting, Zephaniah, is by James C. Lewis.]