Home Wellspring
what do you want?
royal revelation

I want to begin by talking about mammals.  “The story of mammals is one of self-destruction.  They first arose roughly 200 million years ago, and after eons spent scurrying in the shadow of the dinosaurs, they finally cut loose and evolved into a breathtaking variety of shapes and sizes, including the largest creatures to ever exist.  And after all that, it took barely 100,000 years for one relatively young member of the group—us—to bring everything crashing down.”[1]

That’s how Ed Yong’s article in last month’s The Atlantic begins.  From the time of the early proto-humans, we have hunted, invaded habitat, and polluted the environment.  One key point in the article is how we have affected evolutionary history.  Taking into account the mammals we’ve eradicated, and those nearing extinction, it is estimated it would take 3 to 7 million years of evolution for their replacement.  Evolution is very slow; destruction is pretty quick! 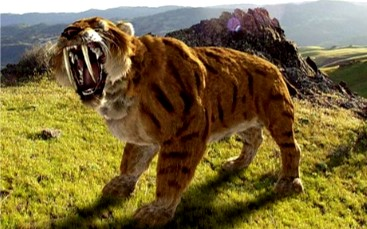 I jokingly made a comment about the article when I posted it on Facebook.  I said, “If human beings vanished from the face of the earth, it would a good thing for our fellow animals!”

Fortunately, there’s one group doing their best to make sure that doesn’t happen.

There are some folks in what’s known as the Quiverfull movement.  In a nutshell, they don’t believe in contraception.  Some are even opposed to the rhythm method.  On the contrary, they believe God wants us to procreate as much as possible.  It’s like the TV show from a few years ago, 19 and Counting.

So why do I mention the Quiverfull movement and their determination to propagate the species?  It just so happens that their inspiration is Psalm 127.  Speaking of children, in particular sons, we read, “Like arrows in the hand of a warrior are the sons of one’s youth.  Happy is the man who has his quiver full of them” (vv. 4-5).  Thus the name!  This is taken as, if not exactly a command from God, then at least a very firm recommendation.

Whether or not you agree with the Quiverfull philosophy, I would say their talk of arrows misses the mark. 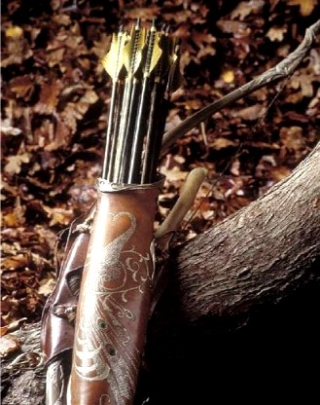 Verse 1 establishes the context of the psalm; it sets the stage.  “Unless the Lord builds the house, those who build it labor in vain.  Unless the Lord guards the city, the guard keeps watch in vain.”

Backing up for just a moment, Psalm 127 is part of a group of psalms called “The Songs of Ascents.”  They run from Psalm 120 to 134.  It’s commonly thought these were songs sung by pilgrims making their way up to Jerusalem.  (I’ve never been to Jerusalem, but those who have can probably attest to the higher elevation the city occupies—thus the idea of “ascent.”)

The dearly-departed Eugene Peterson, author of the paraphrase of the Bible, The Message (and about a thousand other books), in 1980 wrote A Long Obedience in the Same Direction.  It deals with the Songs of Ascents.  Perhaps those who are familiar with Peterson’s work can agree with me that, whatever he wrote, he spoke with the heart and soul of a poet.

In his chapter on Psalm 127, he begins with his own take on building and guarding.  He says, “The greatest work project of the ancient world is a story of disaster.  The unexcelled organization and enormous energy that were concentrated in building the Tower of Babel resulted in such shattered community and garbled communication that civilization is still trying to recover.  Effort, even if the effort is religious (perhaps especially when the effort is religious), does not in itself justify anything.”[2]

The story in Genesis 11 is one of frantic anxiety.  It’s one of human desperation and despair.  It’s one of human arrogance and hubris.  “The whole world” as the story goes, said, “Come, let us build ourselves a city, and a tower with its top in the heavens, and let us make a name for ourselves; otherwise we shall be scattered abroad upon the face of the whole earth” (vv. 1, 4).  They thought their technology would save them.  They wanted to build a city; they wanted to guard their culture from ruin.

That’s not the only time we humans have done that.  Today is the 100th anniversary of the 11th hour of the 11th day of the 11th month.  In 1918, the armistice was signed, ceasing the fighting of what came to be called World War 1.  It was, as our call to worship puts it, the “day when the guns once fell silent.” 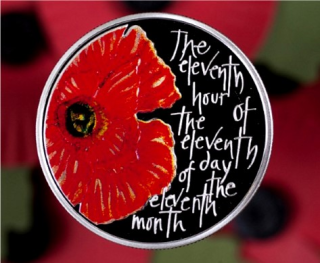 Human knowledge and technology during the late nineteenth century had reached new heights.  However, as it was sadly discovered, knowledge and wisdom often progress at different rates.  The so-called “civilized” nations were plunged into what Harry Emerson Fosdick called “the most terrific war men ever waged, when faith is sorely tried and deeply needed.”[3]

This was yet another time of human hubris, when we engaged in “the war to end all wars.”  In the midst of it, he quoted Walter Rauschenbusch, “O God, we pray Thee for those who come after us, for our children, and the children of our friends, and for all the young lives that are marching up from the gates of birth…  We remember with a pang that these will live in the world we are making for them…  We are poisoning the air of our land by our lies and our uncleanness, and they will breathe it…

“Grant us grace to leave the earth fairer than we found it; to build upon it cities of God in which the cry of needless pain shall cease; and to put the yoke of Christ upon our business life that it may serve and not destroy.”[4]

He takes note of our building cities, “building the house,” building the earth, so to speak, but it must have the blessing of God.  When we build the earth while ignoring God, it leaves a horrible legacy to our children, those young ones we looked at earlier.  “We are poisoning the air of our land by our lies and our uncleanness, and they will breathe it.”

We can knock ourselves out in doing this building.  Verse 2 says, “It is in vain that you rise up early and go late to rest, eating the bread of anxious toil; for he gives sleep to his beloved.”  “In vain”: that’s the third time we’ve heard that!  So many are sleep-deprived, working anxiously.  I don’t imagine this is a big surprise, but America is the most sleep-deprived nation in the world—Japan is a close second.  Roughly one-third of us get less than 7 hours of sleep each night.  It takes its toll on our health.

When I was a kid, my parents used to listen to country music.  I was never a fan.  But I remember a song by Hoyt Axton: “Boney Fingers.”  Here’s the chorus: “Work your fingers to the bone, What do you get? / Boney fingers, boney fingers.”  And we lose that sleep I was just talking about. 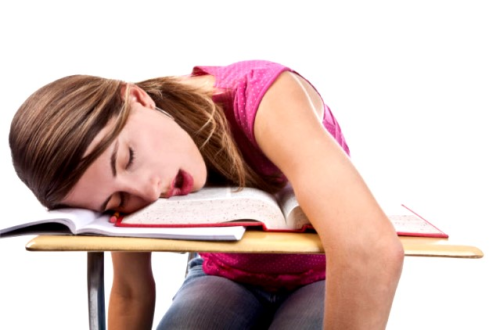 Remember the last line of verse 2: “he gives sleep to his beloved.”  There’s an alternate reading which says, “he provides for his beloved during sleep.”

With all this talk of sleep, some might say, “Why bother with work—and certainly working hard?”  God will take care of it.  However, the psalm isn’t advocating being lazy.  St. Paul had an argument with some of the Thessalonians, complaining that “we hear that some of you are living in idleness, mere busybodies, not doing any work” (3:11).

And so we come to verse 3.  “Sons [children] are indeed a heritage from the Lord, the fruit of the womb a reward.”  Children are a gift from God.  They are created without working our fingers to the bone.  Building the house isn’t simply about a physical structure.  Building the house also means family, lineage.  For example, the house of David figures greatly in the Old Testament.

Rickie Dale Moore says, “How deeply the world view of this psalm makes this connection can be seen in the fact that the Hebrew words for ‘build’ (banah), ‘house’ (bayith), ‘daughters’ (banoth), and ‘sons’ (banim), all come from the same Hebrew root (bnh).”[5]

This brings us to the final line of the psalm.  We already saw the first part of verse 5: “Happy is the man who has his quiver full of them” (that is, sons).  Here’s how it ends: “He shall not be put to shame when he speaks with his enemies in the gate.”  “The gate” represents a place where justice is meted out, a tribunal.  If someone has many sons to back him up—well, let’s say there’s a better chance of being treated fairly!

Our psalm begins with the “threat of a cursed life of vanity.”  By the time we get to the end, there’s “the promise of a blessed life.”  Our friend Rickie Dale says, “The blessed life, here, finally consists in nothing other than the plenitude of one’s children, and what’s more, the blessedness is secured and protected by nothing other than the children themselves!”[6]

That might sound like someone without children is cursed.  (If so, then my wife and I are in that category!)  Translating that into the understanding most of us share, it doesn’t have to be our own children.  It’s the children of our society, the children of our world. 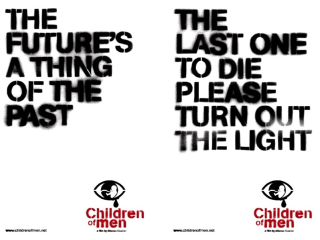 There was a movie starring Clive Owen called Children of Men.  It’s set about twenty years into the future.  For some unknown reason, women all over the planet have become infertile; nobody’s having babies.  The youngest person in the world is 18 years old.  A notable line of one of the characters goes, “As the sound of the playgrounds faded, the despair set in.  Very odd, what happens in a world without children’s voices.”  Eventually, a young woman does get pregnant, so all is not lost!

In Mark 12:38-44, the high and mighty are giving donations in a prideful way.  It’s a reaffirmation of the respect they believe they deserve.  They have plenty of money in the bank; their investments have paid off well.  The poor widow isn’t trying to impress anyone.  She can’t impress anyone.  She gives—not for show—but from a heart of love.  She gives her all, and Jesus commends her to his disciples. 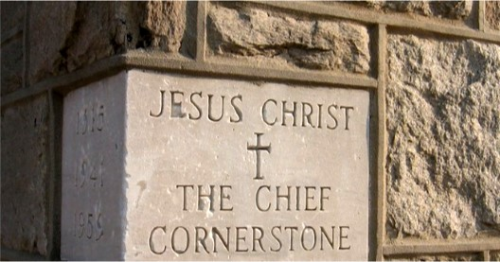 We are called, with Jesus Christ as the cornerstone, to be joined together—to be built—into a holy temple in the Lord (Ep 2:20-21).