I am a fan of the NFL.  (I’m especially a fan since last week, when the Dallas Cowboys had a last second win over Detroit!)

If you are not an NFL fan, you might not realize that for several years, the league observed Breast Cancer Awareness Month, which is this month.  One of the more obvious ways it did this was by festooning the field, uniforms, and graphics with pink.  This happened all through the month.  Pink ribbons for breast cancer awareness appeared all over the place.  Last season, the NFL expanded awareness to other types of cancer, with the motto “Crucial Catch.” Aside from dressing football players in pink—and focusing awareness on breast and other kinds of cancer—October is the month for another kind of awareness.  It is for domestic violence.  And by the way, that campaign has purple as its color.  (Purple is my favorite color, so I’m often dressed in purple, as opposed to pink.)

Still, acknowledging that kind of awareness in October would be a tricky proposition for the NFL.  The league, although making some minor steps on the issue, is just that—minor steps.  Players have tended to get in more trouble for smoking marijuana than for beating their wives or girlfriends.

The scripture readings deal with the issue from different angles.  They aren’t precisely about domestic violence, but they do address the mentality from which it flows.

For example, there’s the book of Esther.  There were debates about whether or not it should be in the canon.  One reason was the lack of any reference to God.  (There were later additions which had many mentions of God.)  But I’m glad it’s there.  It’s such a crazy book, and it is plumb full of biting humor, sarcasm in the service of the Holy One.

Chapter 1 deals with events before Esther enters the story.  All of the men, starting with King Ahasuerus (who in Greek is known as Xerxes), are portrayed as buffoons.  Queen Vashti, as they say, is the only adult in the room.

The story is told with over-the-top exaggeration.  The king has military and government officials gather from throughout his vast empire.  He wants to show the place to everyone.  So what if it takes half of a year?  Finally, it’s dinnertime.  Everyone, loosen your belt; we’re having a seven day banquet!  Folks are sprawled all over elegant couches, and oh, the drinking.  The goblets are overflowing; there is guzzling without restraint. 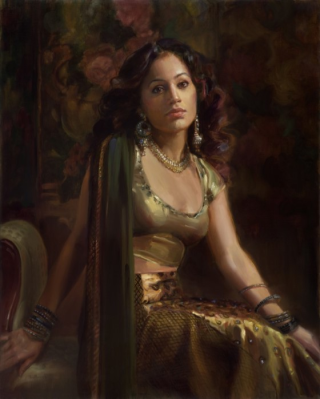 On the seventh day, the king is drunk as a skunk—no, drunker than a skunk.  He issues an order that Queen Vashti be brought in.  He wants to show her off to the boys.  You know, she is pretty hot.  But guess what?  She gives him a big fat “no.”  Apparently, she doesn’t think of herself as his property.  That doesn’t go over very well.  The scripture says, “At this the king was enraged, and his anger burned within him” (v. 12).

What to do?  Xerxes consults the experts in the law, and here’s their response: because of her outrageous conduct, the queen should be removed.  But that’s not the only reason, and it’s not the best reason.  When all the women hear about this, they will “look with contempt on their husbands” (v. 17).  And what will be the result?  Here’s my favorite verse in the entire chapter: “This very day the noble ladies of Persia and Media who have heard of the queen’s behavior will rebel against the king’s officials, and there will be no end of contempt and wrath!” (v. 18).  For me, that’s one of those “laugh out loud” moments.

Have you ever heard the slogan, “Well behaved women seldom make history”?  Well, here’s a good case in point.

I like the way some other people have translated it.  Check out Carey Moore’s take on it.  “So, this same day those ladies of the Persians and Medes who have heard about the queen’s conduct shall show themselves obstinate to all the king’s officials; and there will be contempt and anger to spare!”[1]

And how about the way it’s put in Eugene Peterson’s The Message?  “The day the wives of the Persian and Mede officials get wind of the queen’s insolence, they’ll be out of control.  Is that what we want, a country of angry women who don’t know their place?”

I told you they were behaving like buffoons, to put it very lightly.

So the letters go out, “declaring that every man should be master in his own house” (v. 22).  King of the castle! 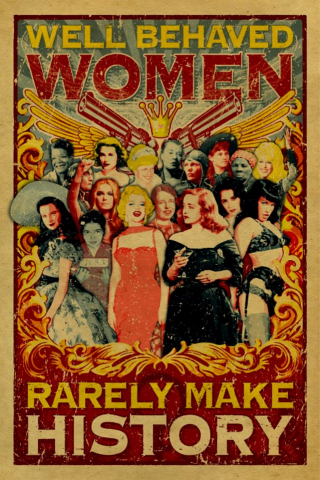 One more note before we leave this ridiculous tale.  As we begin chapter 2, we’re told his servants propose finding beautiful young virgins from throughout the empire and bringing them to his harem.  They will undergo a regimen of cosmetic treatments, and the king can select the one who pleases him the most.  So the proposal is a beauty pageant.  Jon Levenson describes it as “The Search for Miss Persia.”[2]

You have to pity the king.  He truly agonizes over the decision, but grudgingly agrees.  Yes, he’ll bite the bullet and take the most stunning young female in all the land.

Lest you think I’ve strayed by giving too much attention to these foolish fellows, I did say this mentality is what leads to violence against women.

Our gospel reading in John 8 is more specifically concerned with physical violence.  It’s a really insane story.  Some scribes and Pharisees bring a woman to Jesus and tell him that she was caught “in the very act of committing adultery” (v. 4).  We aren’t told how she was caught.  I hope we’re not dealing with peeping toms.

They want to test Jesus.  They remind him “in the law Moses commanded us to stone such women.  Now what do you say?” (v. 5).

They’re referring to Leviticus 20 and Deuteronomy 22.  What they conveniently leave out is that those scriptures also call for the man to be executed.  I’m sure it just slipped their minds!  And by the way, where is the gentleman involved in this little escapade?  I guess it also slipped their minds to bring him along!

As for the rest of the story, Jesus simply bends down and starts writing on the ground with his finger.  I’ve heard various theories on what he’s writing.  Some say he’s writing the names of the men there.  Some say he’s listing their wrongdoings.  No one really knows.  Maybe he’s just doodling while they continue to badger him and just blather on.

Eventually he just says if anyone among them is without sin, be my guest and throw the first stone.  Then he goes back to doodling, and everybody takes off.  No one condemns the woman, and Jesus says that he doesn’t condemn her, either.  It’s true that you sinned; just don’t do it again.

With his approach, Jesus helps the men see their attitude of hate and violence toward the woman.  He’s holding up a mirror to their culture of violence.  Whether or not they actually learn the lesson is another matter.

We also are part of a culture of violence.  And going with this month’s theme, it’s violence against women and girls.  A culture of violence encompasses more than overt physical or sexual violence.  It can be latent, not readily seen.  Among other things, it includes an atmosphere of harassment or intimidation.  Shockingly enough, that also includes the church.  It can even happen in a church building.  (Who would have thought?) 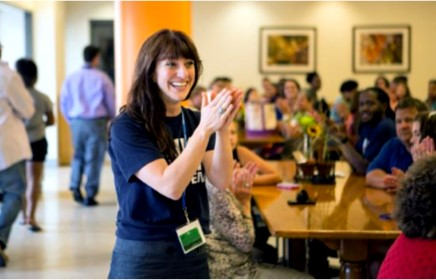 Alaina Kleinbeck, in her article “Christian accountability in a #MeToo world,” points out our “institutional structures whose imperfect systems of accountability presume not only innocence but also forgiveness before repentance and reparation.”[3]  There can be pressure to forgive an offender who has not repented or owned up to what was done.  Organizations, including church hierarchies, can be more concerned with saving face than reaching out in care to those who have been hurt.

Maybe you’ve witnessed or even experienced groups that, under usual circumstances, embrace and act with the highest of motives, but when some serious events happen, they stray from those practices and basically betray the reasons they exist.

Kleinbeck continues, “I regularly hear stories of men and women in ministry who have treated others dismissively or abusively.  Our work cultures in the church have failed to foster the full accountability we need for every person to thrive.”

Treating others dismissively, not being accountable to each other: clearly, that extends beyond sexual misconduct to almost all of life.  I like how she mentions the genuine interest “for every person to thrive.”  I’m reminded of the choir at the PC(USA) Synod of the Northeast Assembly who led us in worship.  They performed Hezekiah Walker’s “I Need You to Survive.”  I was especially gripped by the third verse.

What a wonderful pledge.  I won’t harm you.  I need you to survive.  I want you to thrive.  On this World Communion Sunday—and it’s true, I’ve paid special attention to this as Domestic Violence Awareness Month—we are called as the catholic, that is, the universal church, to witness to Jesus Christ’s desire and empowerment that we not only survive but thrive. 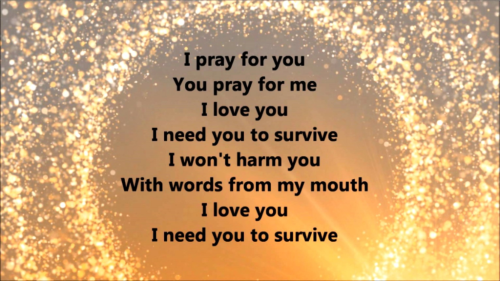 The apostle Paul says that among you who “were baptized into Christ [and who] have clothed yourselves with Christ…there is no longer male and female; for all of you are one in Christ Jesus” (Ga 3:27-28).

Whether we’re wearing pink or purple, we are called to clothe ourselves with Christ.  Wearing those garments, we reject the violence that cannot be domesticated, and we embrace the peace that cannot be defeated.