love in the mirror

When I was a little boy, there was a time when I was afraid of mirrors.  Mind you, it wasn’t because I was afraid of my reflection, though I wasn’t in love with it, either!  No, my fear was based on the boogeyman of youthful imagination, the boogeyman of horror movies.  One reason I think horror movies are so scary to little kids is because they live so much in the moment, and they think—no, they know—those things in their nightmares really exist!

Anyway, after becoming familiar with vampires, besides drinking people’s blood, a quality I found especially creepy was their invisibility in the mirror.  Especially at night, I dreaded looking in the mirror.  A vampire could be standing right behind me.  And what really freaked me out was the thought of something tapping me on the shoulder. 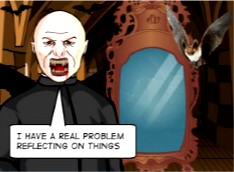 But I was also terrified that I would see something behind me.  It could be anything: some grim beast or somebody wielding a dagger.  Who knows what one’s mind can conjure up?

In today’s epistle reading, St. James has his own thoughts about mirrors.  His fear however, is not that people are afraid to look at them.  Rather, his concern is their power to deceive, or maybe it’s better to say, the power people have at self-deception.  Hold that thought; we’ll do more reflecting on mirrors in a few moments.

The epistle of James, in some respects, is unlike anything else in the New Testament.  It has characteristics similar to the wisdom literature of the Old Testament.  That includes the books of Proverbs, Ecclesiastes, many of the Psalms, and much of the book of Job.  Like those works, James has many lessons and words of wisdom.

(By the way, Jesus Christ is only referred to twice.  Only 3 John has less, where he isn’t mentioned at all.)

Our passage begins in verse 19: “You must understand this, my beloved: let everyone be quick to listen, slow to speak, slow to anger.”  On that bit about “slow to speak,” the 19th century Danish philosopher and theologian Soren Kierkegaard makes an embarrassing confession. 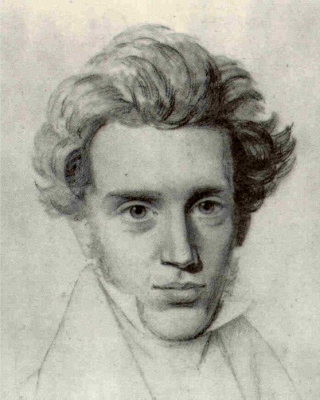 “I have just returned from a party,” he says, “of which I was the life and soul; wit poured from my lips, everyone laughed and admired me—but I went away—and the dash should be as long as the earth’s orbit—[inserted in the text is a dash taking up almost half the page] and wanted to shoot myself.”[1]

He knew he’d been behaving like a horse’s (fill in the blank).  Has anyone here ever felt like that?  I know I’m not the only one who’s had a moment of sane and sober self-reflection and thought, “I really wish I hadn’t said that”?  I sure made of fool of myself.

Speaking of being a fool, Father Richard Rohr (who I’ve mentioned before) outlines what he calls three gates through which the words of a wise person must pass.  This is basically his take on a saying from the Sufi tradition regarding speech: “Is it true?  Is it necessary?  Is it kind?”

So for him, “the first gate: Is what I’m saying really true?  If it’s not true, then, of course, don’t bother.

“The second gate: Is it loving?  Am I about to say something that will build up life and trust, or will it tear them down?

“The third gate (and probably the most difficult): Is what I am about to say really that necessary?  If it’s not, why clutter up the moment with more words and noise competing for space and attention?”[2]

Now those are words of wisdom.  Assuming the first gate has been successfully traversed (that is, are my words true?), we come to the second gate.  It might be true, but is it loving, is it life-enhancing?  It is possible to speak the truth, but in a way that is not helpful; in fact, it can be hurtful.

Our Book of Order begins with a section called “The Foundations of Presbyterian Polity.”  Believe it or not, it has all kinds of good stuff.  Under the heading “Historic Principles of Church Order” is the lovely little paragraph on “Truth and Goodness” (F-3.0104).  It begins by saying, “truth is in order to goodness.”  That means even the truth must serve the good.  It must promote goodness. 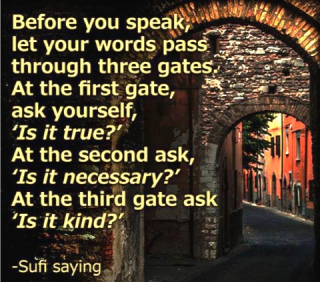 As just suggested, it is possible to tell the truth with the purpose of crushing someone, beating them down.  The truth can be told with malevolent intent.  I call that “the devil’s truth.”  It’s meant, as I just said, to hurt and not to help.  To the extent it does that, it really isn’t the truth.  It isn’t God’s truth.

So we come to the third gate.  Even if it’s true and it’s loving, is it so important for me to throw in my two cent’s worth?  Do I (always) need to draw attention to myself?  Do I need to ruin the silence?  I suppose we need to decide if we are earnestly trying to be constructive or merely engaged in self-promotion.

There’s plenty to say about being “quick to listen,” but right now I want to be “slow to anger.”

There are many ways it can raise its hopping mad head, but there’s one I want to mention, infecting our culture.  Our beloved news networks, particularly the ones on cable, seem to enjoy generating plenty of heat, but not much light.  They don’t seem to be overly interested in actually educating their viewers.  Too often they seem interested in hammering home their viewpoints in red-faced rants.  “Where’s the outrage?”

It might help for everyone to take a deep breath, count to ten, and then think before we speak.  How’s that for being “quick to listen”?

Our friend James adds, “your anger does not produce God’s righteousness.  Therefore rid yourselves of all sordidness and rank growth of wickedness, and welcome with meekness the implanted word that has the power to save your souls” (vv. 20-21).  There’s plenty to say about that, but as promised, I want to move on with our reflection on mirrors.  Please bear in mind, we need to carry all of that wisdom we just heard when we gaze into the mirror.

He talks about “the implanted word,” and it’s the word of which we need to be doers “and not merely hearers who deceive themselves” (v. 22).  Here’s where that self-deception I mentioned earlier comes into play.  A mirror, figuratively speaking, can show us the way we wish to see ourselves.  Looking into it, we can highlight some qualities in an unrealistic way.  (Unfortunately, it’s often true we can see ourselves as less than, as worse than, we truly are.  We can beat ourselves up.)

James’ call to be quick to listen must also be translated into action.  We can behold ourselves in the mirror and get a good look, and upon walking away, forget what we just saw.

There’s a reflection on these verses called, “Seeing Ourselves in the Mirror of the Word.”[3]  Our good friend, Kierkegaard—the one with the embarrassing story about the party—is quoted in it.  Stephen Evans, a professor at Baylor, is an expert on the Great Dane.  He says, “The fundamental purpose of God’s Word is to give us true self-knowledge; it is a real mirror, and when we look at ourselves properly in it we see ourselves as God wants us to see ourselves.” 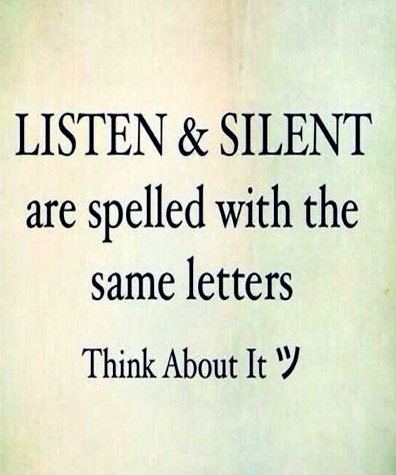 Inserting the world “properly” makes a big difference.  As just said, we can see ourselves for better or worse than we really are.  Perhaps seeing ourselves as better, as overinflating, means we have arrived; there’s nothing more to learn.  Seeing ourselves as worse might lead us to think there’s no point in trying; we’re going to fail anyway!

Continuing with his thought, “The assumption behind this is that the purpose of God’s revelation is for us to become transformed, to become the people God wants us to be, but this is impossible until we see ourselves as we really are.”  By the grace of God, we have a clear image of who we are—or at least, as clear an image as we mere mortals can have.  We aren’t left in the dark like those vampires.

It can be awfully easy to look into that mirror and say, “Okay, that’s who I am,” and then walk away and forget all about it.  But I know, nobody here has ever done that!

Still, if we hold to it, if we keep at it, we will be blessed in our doing.  I like the late Henri Nouwen’s take on blessing and being blessed.[4]  “To bless means to say good things.  We have to bless one another constantly.” 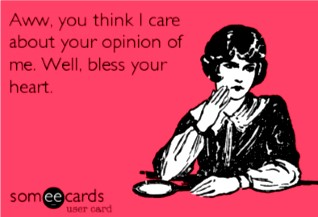 Nouwen continues, “Parents need to bless their children, children their parents, husbands their wives, wives their husbands, friends their friends.  In our society, so full of curses, we must fill each place we enter with our blessings.”

What does that blessing look like?  James describes true religion, true faith.  We’re back to the bit about “quick to listen, slow to speak, slow to anger.”  Bridle your tongue; don’t deceive your heart.  Care for those in need.  What about caring for those who do not know the Lord?  Or maybe, do not know in a way that makes the Lord a reality in their lives?

So much requires change—not something we readily embrace.  Still, life is, by its very nature, change.  Something that doesn’t change is dead.  The law of liberty, the law of love, is reflected in that mirror held before us.  That calls us to change.  What happens after that?  As the chapter ends, again by the grace of God, we “keep [ourselves] unstained by the world” (v. 27).  We have a resource, a substance, to clean up the uncleanness we accept from the world around us.