Home Wellspring
don't kill the messenger
not me too!

If there is a scripture text that sums up what I might call my conversion experience, this piece of Isaiah 55 would be it.  When I was in college, I developed a true interest in matters of faith.  That included, in some small way, learning about Buddhism, Zen, the Sufis (those in the mystical stream of Islam), and others.  But more than anything else, the Bible started making sense to me!  It began to speak to me. In the late evening of August 3, 1985, I had an experience while reading that text from Isaiah.  I felt the presence of God in an overwhelming way.  It seemed like I was plunged into an ocean of love.

Was it like St. Augustine overhearing a child singing a rhyme, “Take up and read, take up and read,” and then reading the words in Paul’s letter to the Romans saying to abandon works of the flesh and clothe himself with Christ?

Was it like John Wesley hearing a reading (also from Romans) and feeling his heart “strangely warmed”?  I don’t know.  Maybe some of you can speak of similar moments in your own lives.

In John 16, we see the disciples of Jesus seeking some perspective of their own during the final night of his life.  He says he’s been using figures of speech; he’s been using veiled language—all of this stuff about “going to the Father,” whatever that means (v. 17).  The disciples claim they now know what he’s talking about.  “Now we know that you know all things” (v. 30).

Jesus knows the disciples’ hearts will fail them.  When they see what’s coming for him, their head knowledge won’t be enough.  They will lose heart; they will lose courage.  Within my own resources, relying on my own “stuff,” I predict a 99% chance I also would lose heart.

In 1 John 5, we learn our faith is what conquers the world.  Faith is the victory.  Both of those words—“conquer” and “victory”—come from the same Greek word.  I just said there’s a 99% chance I would lose heart just like the disciples did.

Now I have another prediction.  I predict 100% of you know this Greek word.  “Conquer” and “victory” come from the word νικη (nikē).  We know it by the shoe company’s name Nike.  Faith is the Nike!

So where are we?  Understanding that God’s thoughts and ways are higher than ours, Jesus encourages us to not lose heart.  (And notice that word, “encourage.”)  He heartens us.  Therefore, we are guaranteed to be victorious.  Here’s verse 5: “Who is it that conquers the world but the one who believes that Jesus is the Son of God?”

Again, just as head knowledge is not enough, so believing just in our thoughts is not enough.  True belief is in the heart; it is in the spirit.  That is how we go forth and conquer.  Of course, this isn’t conquest as we typically think of it.  This is a battlefield within ourselves.  The victory is won within.  But if it is indeed won within, it by necessity is expressed in our actions.  It is not a private preserve. 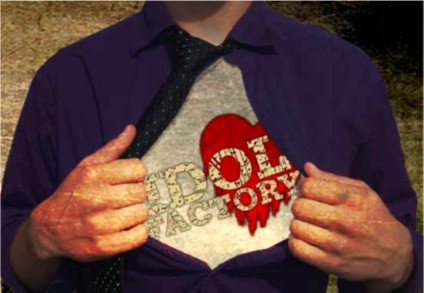 The very last verse of 1 John feels almost like it was tacked on as an afterthought.  Still, it flows right along with achieving within ourselves victory over the world.  “Little children, keep yourselves from idols” (v. 21).  Take my advice; I’ve had experience in these matters.  Heed my warning.

Idols can appear in any form.  Don’t give your heart to them.  Don’t welcome them into your heart.  They will cause you to snatch defeat from the jaws of victory!  In Christ, we are a new creation.  We are empowered to say “goodbye” to the old and “hello” to the new.

And so it is with us here.[1]  As I’ve mentioned on a number of occasions, as interim pastors, we’re already saying “goodbye” when we arrive.  We have a specific amount of time to go through a process. 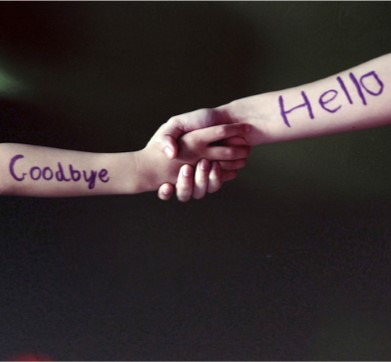 [1] This is directed to a particular beloved congregation, but it can apply to other situations (in my humble opinion)!